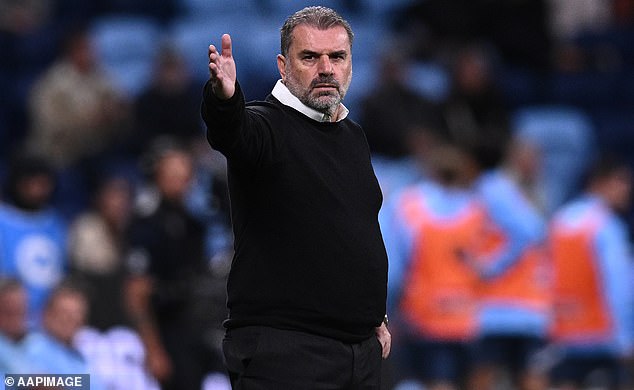 Explosive footage has emerged of Ange Postecoglou delivering some home truths when in charge of the Socceroos.

Now a highly lauded manager of Celtic FC in Scotland, Postecoglou was at the helm for Australia between 2013 and 2017.

He took the Socceroos to the World Cup in Brazil and 2014 and famously lifted the Asian Cup on home soil the following year.

In a clip released by Paramount this week, the former boss of the Socceroos didn’t mince his words after his players conceded a goal in a World Cup qualifying match.

‘We must be better. That’s just careless,’ Postecoglou can be heard saying.

He then asks the video operator in the sheds to pause the footage for a moment, before adding:

‘Stop it right there Pete. There’s one, two, three [of you].

After a lengthy pause, Postecoglou then shouts again: ‘Do you want to be a f****** soft team?’

Renowned for wearing his heart on his sleeve, the 57-year-old is in demand as a manager globally.

Having won silverware with Brisbane Roar in the A-League back in 2011 and 2012, he also won titles with Yokohama F. Marinos in Japan three years ago and Scottish powerhouse Celtic last season. 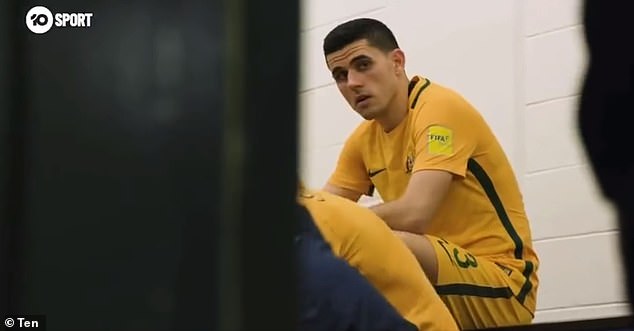 Postecoglou’s global feats in the sport also saw him inducted into the Football Australia Hall of Fame on Friday.

The Greek-born football tragic was humbled by the accolade.

‘I was very fortunate to have the support of some people who shaped my life as a person and manager,’ he said.

‘Being the Socceroos coach was a great honour and something I will always cherish.

‘I always wanted to give back to the game…I am humbled by this honour bestowed on me by FA.’