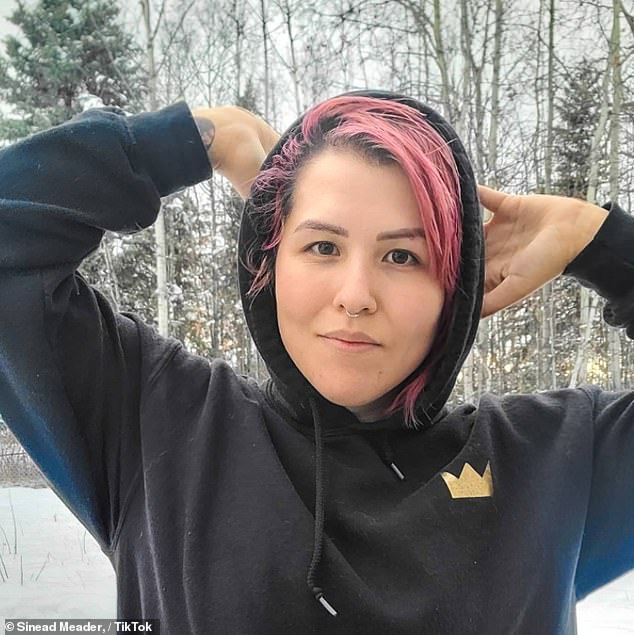 An indigenous Canadian woman who lives nearly 400 miles from her nearest town has become a viral sensation for talking about her life in a remote town of just 90 people.

Sinead Meader, from Beaver Creek a community in Yukon on the Canadian- Alaskan border, 338 miles from their nearest town, Whitehorse.

In a series of videos, she revealed how she has to travel for five hours to get to her nearest supermarket – meaning she only takes the trip once every five to eight weeks.

Sinead, who works as a nutritionist has shared how she has to stockpile food and how locals in her town don’t have addresses as everything is sent one post office where they go to pick up their mail.

Sinead Meader, from Beaver Creek, Yukon, lives in a community of just 90 people on the Canadian- Alaskan border, 338 miles from their nearest town.

While the town has a small elementary school, community centre and emergency nurse – but they have to travel five hours to visit a hospital.

In one clip, she shares how she has an epic 677-mile round trip to get groceries.

Sharing a snap of her journey – along the Alaskan Highway – which she takes with her partner and their two dogs she wrote: ‘It can be tiring but the view sure is beautiful,’ she said in one clip that’s racked up nearly 12 million views.

She went on to say there’s no phone service on the five-hour trip.

Sinead has more than 67,000 followers on TikTok and often shares insights into her remote lifestyle. 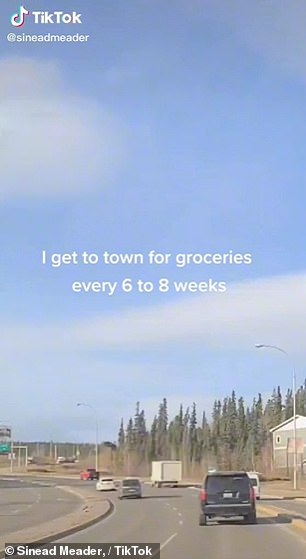 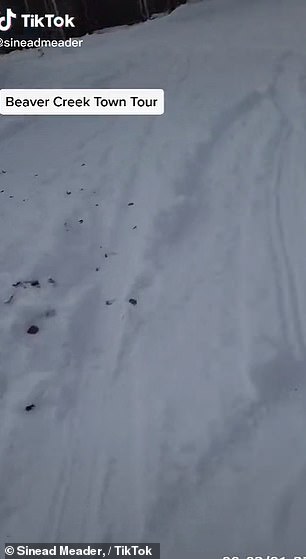 In a series of TikTok videos, the nutritionist has shared how she ha to stockpile food and how locals in her town don’t have addresses as everything is sent one post office where they go to pick up their mail.

The five-hour journey is almost an entire day’s worth of daylight in winter months – and on many parts of the road they can only travel at 30 miles per hour.

‘We have a good stockpile of canned and frozen food so we didn’t need too much this time,’ she explained.

‘We don’t get a lot of fresh fruit and veg, if we do we have to eat them fast or prep to be frozen.’

She went on that prices are comparable to a lot of Canada – but her groceries are made expensive by the five our drive and having to get a hotel room. 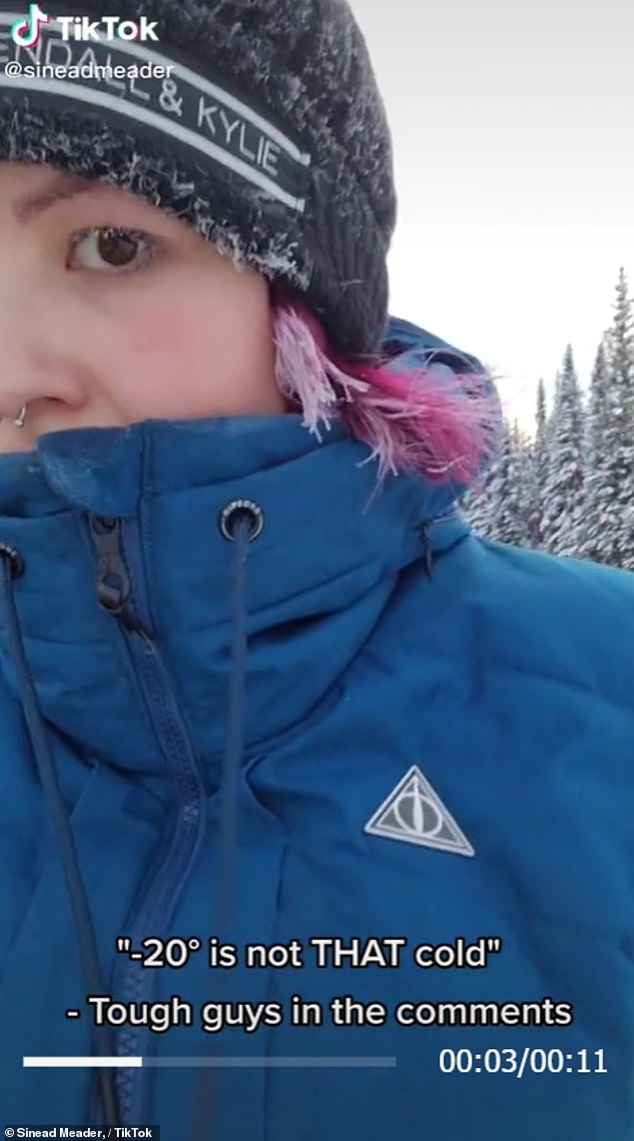 Sinead, pictured in -20C weather, also revealed how the town has a small elementary school, community centre and emergency nurse – but they have to travel five hours to visit a hospital. 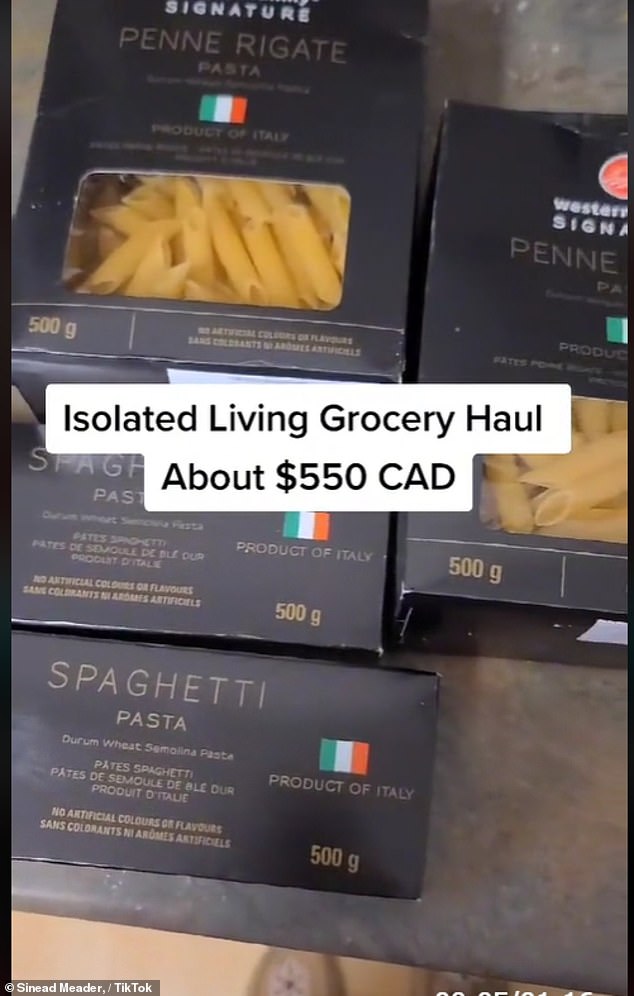 ‘Visibility is limited even in clear conditions. Animals can run into the road or you can break down. You may not see a car and you have no cell service. I have to go around 30mph in some areas,’ she added.

‘So no, the hotel room is not a waste of money.”

In the clips, she also explained how there’s a small convenience store in town where you can get snacks and odds and ends such as bread, peanut butter, milk, but she added you pay a premium for this.

She also reveals how the long nights in winter ‘aren’t great for her moods’ due to lack of sunlight but that she has a SAD lamp.

Hundreds of her followers have also asked questions about her lifestyle – where she’s revealed her town has a police service – the Royal Canadian Mounted Police – often known as Mounties.

In one clip, she shares how she has no home address and that post comes once every three days to the main post office.

From there she goes to pick up her mail from a locker.