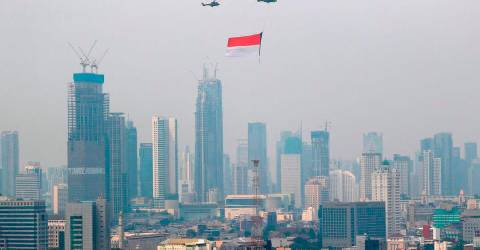 JAKARTA: Indonesia’s inflation rate has eased to 5.42 per cent in November 2022, down from 5.71 per cent recorded in October, said Statistics Indonesia (BPS).

However, the rate was still above Bank Indonesia’s reported target range for inflation at between 2.0 and 4.0 per cent.

BPS in a statement said the rate was attributable to the increase in most expenditure group indices including transportation (15.45 per cent), food, beverage and tobacco (5.87 per cent), and personal care and other services (5.48 per cent).

The highest inflation was recorded in Tanjung Selor, North Kalimantan at 9.20 per cent while the lowest was in Ternate, North Maluku at 3.26 per cent, it added.