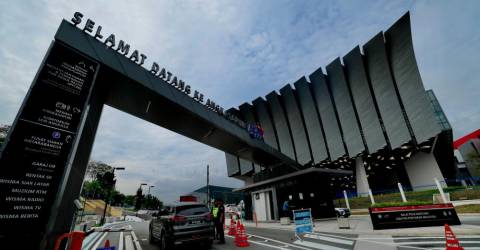 He said the facilities were not only exclusive to Radio Television Malaysia (RTM) but were also open to other media agencies.

“We hope that artists will produce creative works using the facilities provided. The same goes for the creative and broadcasting industry, take full advantage of the facilities, don’t let this be a white elephant project,” he told reporters here today.

He was met after the opening ceremony of the Angkasapuri Media City, which was officiated by Prime Minister Datuk Seri Ismail Sabri Yaakob.

Annuar also hopes that Angkasapuri Media City will catalyse and boost the productivity of RTM staff and enable them to work in a more conducive atmosphere.

The development of the Angkasapuri Media City began in December 2016.

With a total cost of RM860 million, the new complex has 18 floors of office space, an auditorium with a capacity of 1,000 people, a music recording studio and a music practice studio, three TV studios (M1, M2 and M3), a multi-storey parking space and a plaza as well as an outdoor broadcast vehicle garage. – Bernama