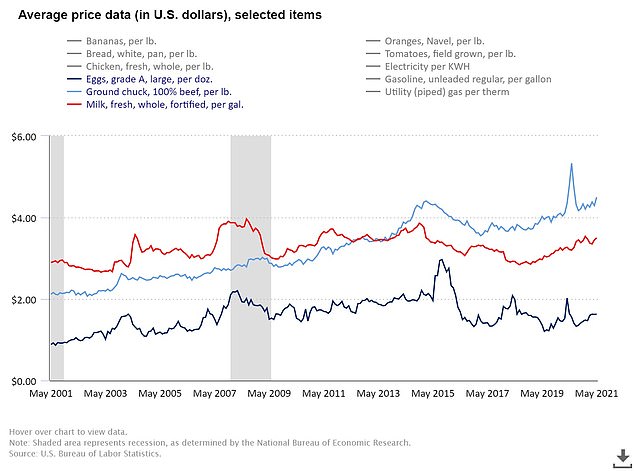 By Keith Griffith For Dailymail.com

Inflation rose at a faster rate in May than any time since the Great Recession, as consumer face higher prices for everyday goods and services.

In its report Thursday, the government said that overall consumer prices rose 0.6 percent in May, bringing the inflation rate to 5 percent over the past year, the highest level since August 2008.

Core inflation, which excludes volatile energy and food costs, rose 0.7 percent in May after an even bigger jump in April, and is up 3.8 over the past 12 months, the quickest rate since 1992.

The sharp rise in consumer prices reflected a range of goods and services now in growing demand as people increasingly shop, travel, dine out and attend entertainment events in a rapidly reopening economy.

Average prices for eggs (dark blue), milk (red) and ground beef (light blue) are seen over the past 20 years in the chart above 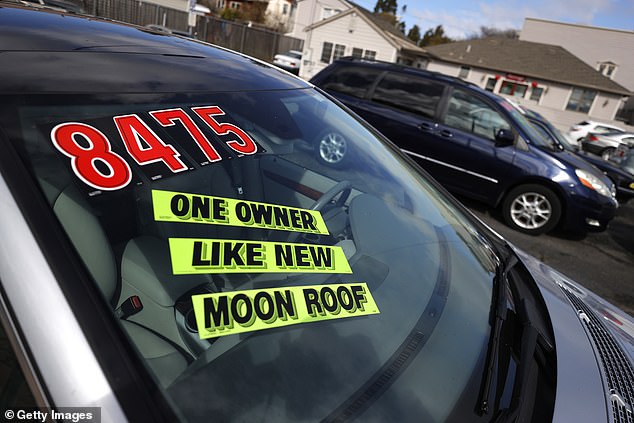 Used cars sit on the sales lot at Frank Bent’s Wholesale Motors in El Cerrito, California in March. Used car prices have surged 17 percent during the pandemic and are contributing to inflation

The increased consumer appetite is bumping up against a shortage of components, from lumber and steel to chemicals and semiconductors, that supply such key products as autos and computer equipment, all of which has forced up prices.

And as consumers increasingly venture away from home, demand has spread from manufactured goods to services – airline fares, for example, along with restaurant meals and hotel prices – raising inflation in those areas, too.

From the cereal maker General Mills to Chipotle Mexican Grill to the paint maker Sherwin-Williams, a range of companies have been raising prices or plan to do so, in some cases to make up for higher wages that they’re now paying to keep or attract workers. 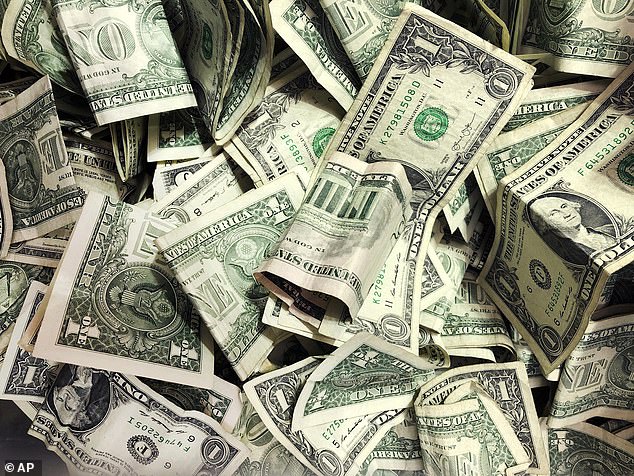 Inflation rose at a faster rate in May than any time since the Great Recession, as consumer face higher prices for everyday goods and services

The inflation pressures, which have been building for months, are not only squeezing consumers but also posing a risk to the economy´s recovery from the pandemic recession.

One risk is that the Federal Reserve will eventually respond to intensifying inflation by raising interest rates too aggressively and derail the economic recovery.

Developing story, check back for updates.