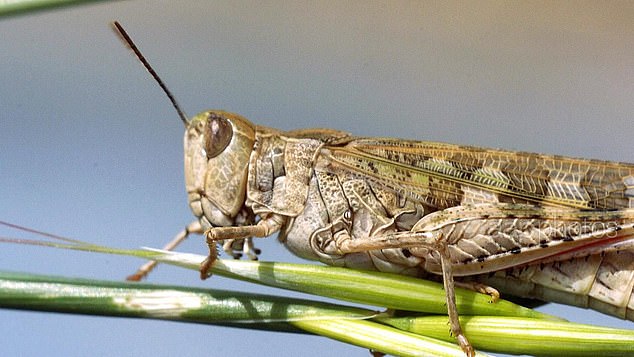 By Emily Woods And Benita Kolovos For Australian Associated Press


First came the fires, then a pandemic, floods and now a plague of locusts could swarm parts of eastern Australia.

Months of rain along with bouts of hot weather brought on by the La Nina climate system has created an environment primed for insect breeding.

La Nina summers are typically wetter than average, with the increased rainfall leading to a surge in mosquito and fly populations.

‘We might be looking for that in January and February,’ he told AAP.

“Although the eggs would be developing with all the rain, the question is – has the rain destroyed so many plants that there’s nothing for them to feed on?”

However, University of Melbourne biologist Ary Hoffman said it’s too early to tell whether any plagues will occur.

‘There’s one species showing moderate numbers. It may be the case we get a plague, we may not, they are boom and bust insects,’ he told AAP.

The Australian Plague Locust Commission’s December update said there could be an increase to overall population levels over summer with “swarm formation” likely in NSW’s Riverina district leading to possible region-wide infestations.

And the insect invasion may only get worse. ‘If it’s going to start warming up and we still get some rainfall as predicted, then we will get an explosion of mosquitoes,” he said.

‘After a spring like we’ve had, you get a lot of plant growth, and so there’s a potential for insects that eat plants to explode.

‘We just have to watch this space and act accordingly.’

He added that although insects get a bad wrap, they all hold a vital role in supporting the ecosystem.

‘Without insects we couldn’t do many of the things we do. Even mosquitoes are important fish food,’ Prof Hoffman said.