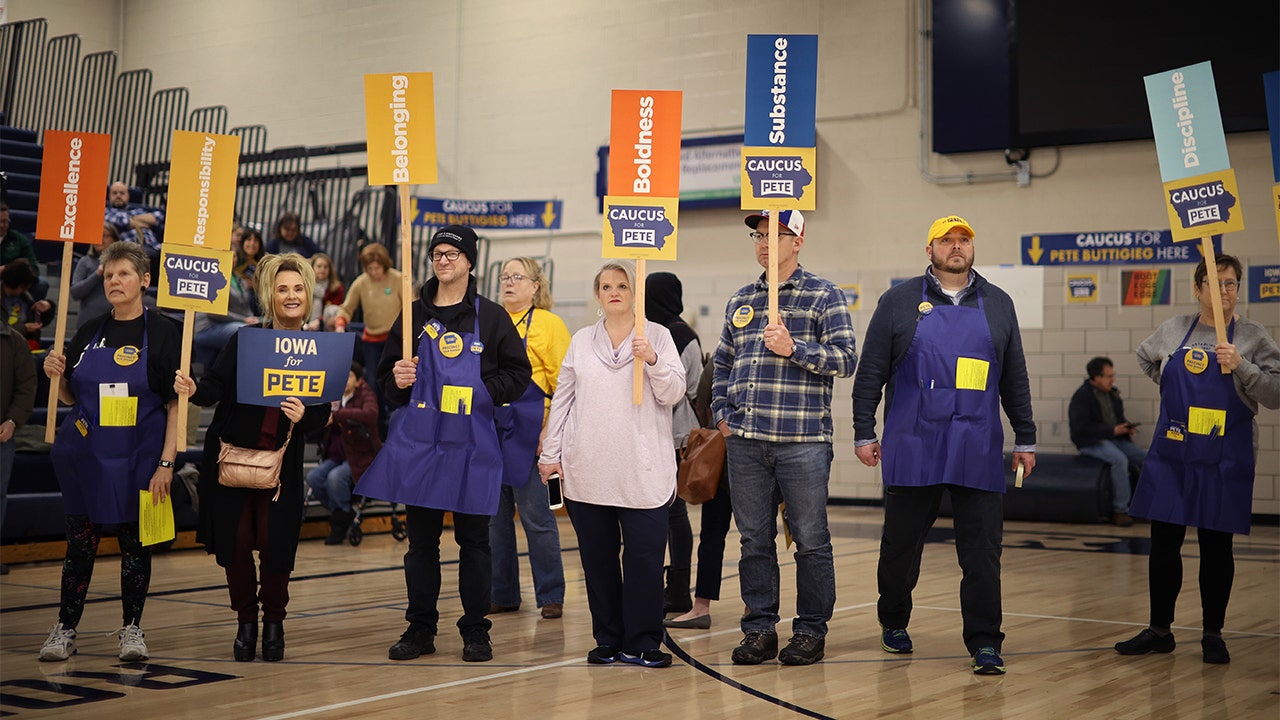 The Iowa caucuses have kicked off the race for the White House for half a century.

While there’s no major push at the Republican National Committee to shake things up, the Democratic National Committee’s (DNC) considering a revamping of its 2024 presidential nominating calendar that could knock Iowa from its leadoff position.

Iowa’s GOP chair tells Fox News that he stands “shoulder to shoulder” with his Democratic counterparts to keep the Hawkeye State first to vote in the White House race.

But Jeff Kaufmann charges that if the DNC “gives up on Iowa, this is literally the middle finger at rural America.”

Some DNC members are circulating a draft proposal that would require states to apply in order to keep or gain early state status in the Democrats’ nominating schedule. The proposal is scheduled to be considered on Monday, March 28, during the next meeting of the party’s Rules and Bylaws Committee, which oversees the primary calendar.

Iowa’s currently followed in the schedule by New Hampshire – which for a century’s held the first primary in the White House race – and then Nevada and South Carolina.

The knock for years against Iowa and New Hampshire among many Democrats has been that the states are too White, lack any major urban areas, and aren’t representative of a Democratic Party that’s become increasingly diverse over the past several decades. Nevada and South Carolina are much more diverse than either Iowa or New Hampshire.

2024 WATCH: HERE’S ANOTHER SIGN THE NEXT WHITE HOUSE RACE IS HEATING UP

Complicating matters, Nevada Democrats last year passed a bill into law that would transform the state’s presidential caucus into a primary and aim to move the contest to the leadoff position in the race for the White House, ahead of Iowa and New Hampshire. And compounding Iowa’s issues was the botched reporting of the 2020 caucuses, which became a national and international story, and an embarrassment for Iowa Democrats as well as the DNC.

Iowa’s leadoff status faced scrutiny earlier this month at the DNC’s winter meetings, as many members who spoke were clearly open to reordering the presidential nominating calendar to better reflect the party’s growing diversity and values.

Among those speaking at the meeting was DNC member Mo Elleithee, who’s long been a proponent of shaking up the calendar. He emphasized there’s a need for changes, “not four years from now — now.”

“I think states like New Hampshire, Nevada and South Carolina can make a compelling argument as to how they fit into that picture,” Elleithee, who’s also a Fox News contributor, said. “I have a harder time seeing it with Iowa, but Iowa should have the right to make that case to us.”

The proposal that will be discussed next week, which was first reported by the Washington Post, calls for allowing no more than five states into the early pre-March window. And it lays out major “pillars” by which the states applying to vote early will be considered. They include the state’s ethnic and geographic diversity, as well how competitive those states are in general elections.

Kaufmann doesn’t often see eye to eye with his Democratic counterparts, but he emphasized that when it comes to the quadrennial task of defending the Hawkeye State’s leadoff position, “I stand shoulder to shoulder with Iowa Democrats on this…Since the caucuses of 2020 I have been very vocal in both state and national media about Iowa being first, the reasons we should be first.”

But Kaufmann argued that “if I’m the Iowa Democrats right now, I’m saying ‘for crying out loud, don’t give up on us.’”

He touted that “you can’t come up with a more quintessential rural state than our state of three million, a state where we have proven that we vote by the content for someone’s character and not by their ethnicity.”

Pointing to then Sen. Barack Obama’s victory in the 2008 Democratic caucuses and Sen. Ted Cruz’s win in the 2016 Republican caucuses, Kaufmann said, “We made Barack Obama. We gave Ted Cruz, a Cuban American, a win. That’s the character of our people.”

Bob Vander Plaats, who for a dozen years has served as president and CEO of The Family Leader, a top social conservative organization in Iowa, argued that if the DNC drops out from its leadoff position, “they’re basically sending a message to all of America that they want to isolate from everyday Americans…that the heartland doesn’t matter that much anymore.”

A Democratic source pushed back against such talk, telling Fox News that “this is not a credible argument as many states across the country have large rural populations.”

“In the last couple of elections cycles, we’ve become redder. But I still refer to us as a deep purple or purplish red state. We are not a deep red state,” Kaufmann said. And he pointed out that “in 2020, we had the closest congressional race in the country.”

Vander Plaats argued that if the DNC drops Iowa from the top of the presidential nominating calendar, “it definitely hurts the Democrats in Iowa.”

“The caucuses offer an excellent organizational vehicle for a party to get organized in a state like Iowa,” he noted.

And Vander Platts made the case that “not only will that organization cost them when it comes to the presidential election, but every down-ballot race, it will cost the Democrats because of taking away the organizational uniqueness that the caucus offers up.”

“It would be a huge cost in terms of generating organizational intensity and excitement and volunteers and that sort of thing during the primary process. That would be lost, and that’s something we’ve really taken advantage of in general elections in the past,” Link told Fox News.

But Link noted that besides being a curse, losing the leadoff position “could be a blessing.”

Link added that Iowa Democrats would be able to “focus more on local issues” and “it could be an opportunity to rebrand what Iowa Democrats stand for….because the national Democratic brand is not currently in fashion here in the state.”