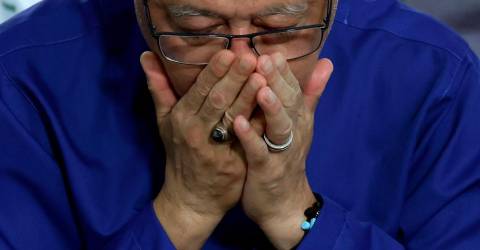 Ismail Sabri, who is also the Barisan Nasional (BN) candidate for the Bera parliamentary seat, arrived at the mosque at 8.10 pm, accompanied by his family members.

He then joined the congregation to perform the Isyak prayer followed by the ‘Sunat Hajat’ prayer led by imam Ahmad Hakim Samsudin.

After the prayers, Ismail Sabri spent some time greeting members of congregation before leaving the mosque at 9.10 pm.

The special prayer was held to seek divine protection from natural disasters and disease outbreaks, as well as for the smooth running of the 15th general election and the preservation of peace and harmony in the country.