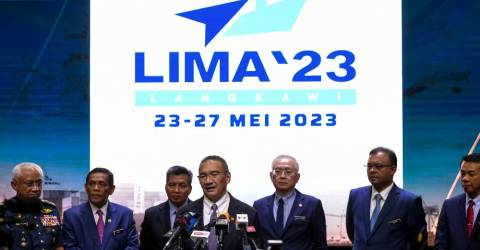 The Senior Defence Minister said the issues cannot be resolved by the Defence Ministry alone as it had to do with the country’s financial capabilities.

Hishammuddin, however, promised to continue the agenda of protecting the welfare of the veterans and that their demands would be given due attention.

“The number of MAF veterans has reached 300,000 nationwide, any plan to protect their welfare, needs careful consideration as we must take into account the large number,“ he told a press conference after officiating LIMA ‘23 Exhibition Pre-Launch Ceremony at the Ministry of Defence Auditorium here today.

Hishammudin was commenting on the peaceful assembly where about 1,000 army veterans had gathered at the National Monument urging the government to look into their welfare and to review the pension rates and pension payments. — Bernama