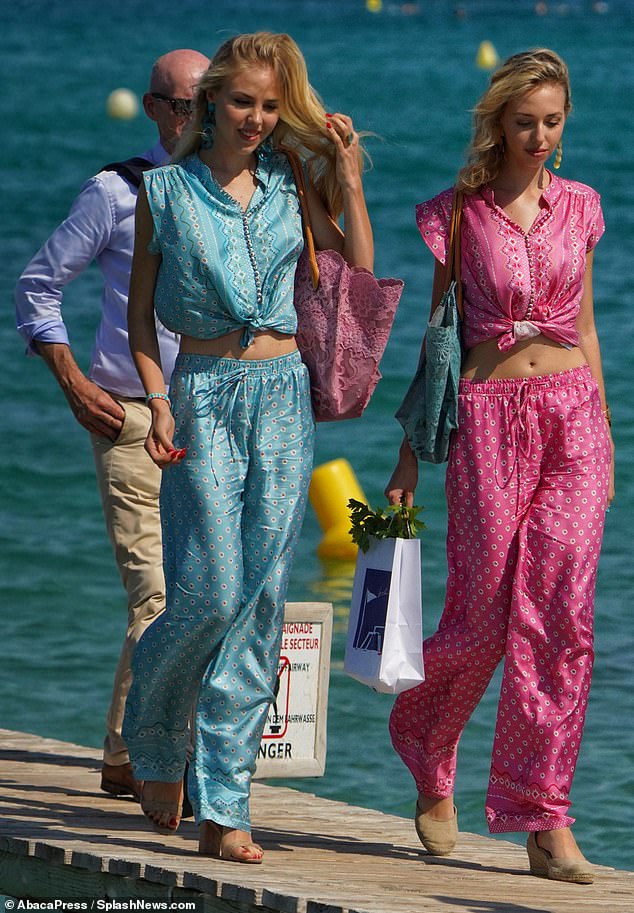 Two Italian princesses have been snapped stepping out in style in sunny Saint Tropez in the south of France.

Princesses Maria Carolina, 19, and Maria Chiara Di Bourbon-Two Sicilies, 17, may not always have been the most immediately recognisable faces for royal watchers, but in recent years, they have been amassing fans as they show off their luxury lifestyles on social media.

And now the sisters, who were born to Prince Carlo, Duke of Castro – who holds a claim to the now defunct throne of the former House of Bourbon-Two Sicilies – and Princess Camilla, Duchess of Castro, have been snapped at Club 55 in Saint Tropez.

Photographs of the glamorous sisters, who split their time between Italy, Monaco, Paris and St Tropez, show them beaming as they pull up to a dock in a speedboat, sporting complementary outfits in shades of bubblegum pink and blue. 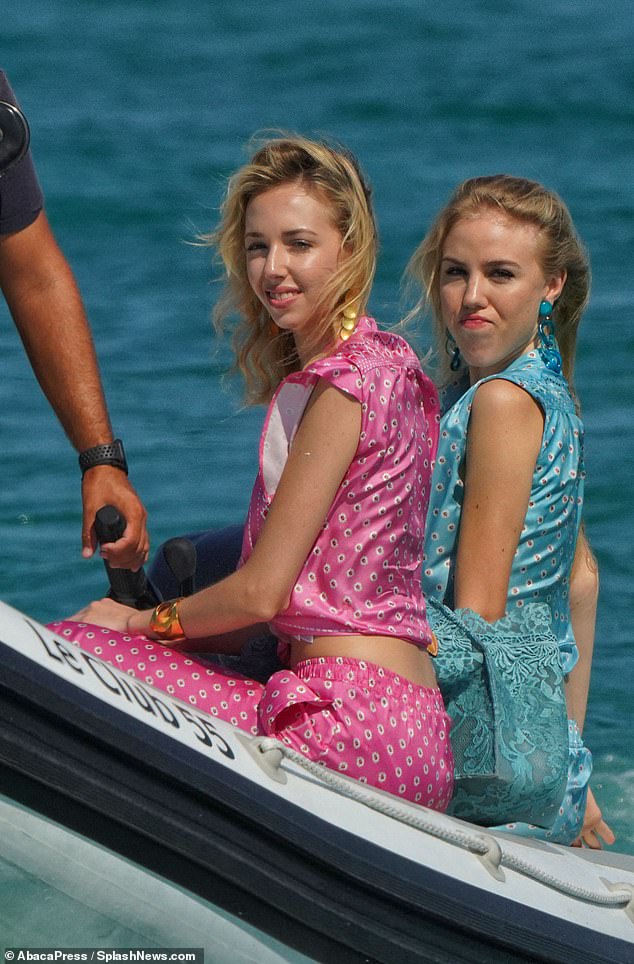 Maria Carolina, Duchess of Calabria and of Palermo – or Carolina for short – cut a stylish figure in a blue raspberry two-piece outfit featuring a loose sleeveless shirt tied casually in a knot.

Her long blonde locks were worn loose, cascading down her back, and she wore a natural make-up look.

The final touches to her outfit were dangling statement earrings in a matching shade of blue, and a large tote bag made from pink lace.

Meanwhile, her younger sister Charia, Duchess of Noto, donned the same ensemble in pink, carrying the same bag as her sister, in a shade of blue. 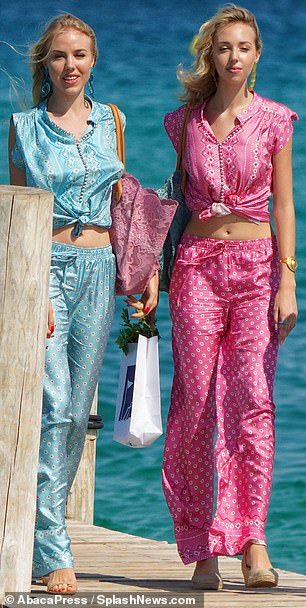 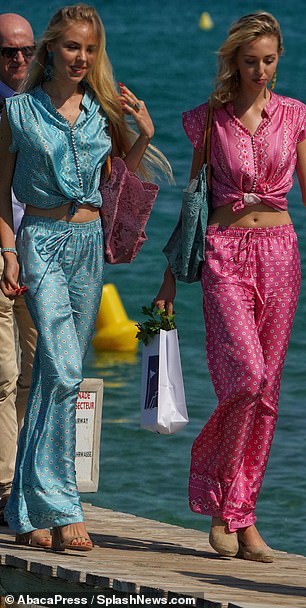 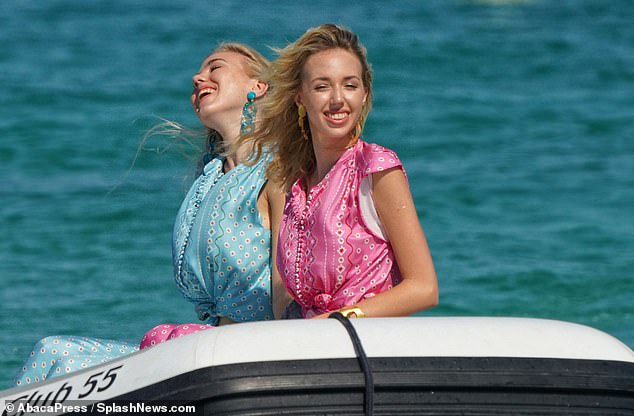 Windy: the sea breeze was seen blowing the sisters’ blonde locks around as they raced across the water in a speedboat 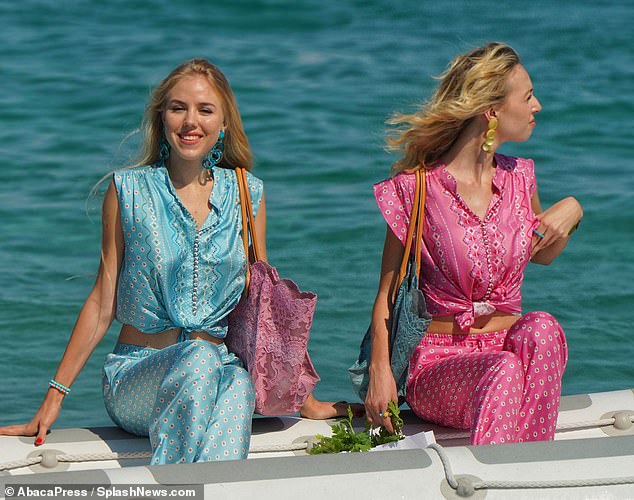 Matching: Carolina and Chiara donned matching outfits, but in different shades, to create a coordinated look

She also put the final touch to her look with a pair of yellow dangling earrings, loose blonde tresses, and natural make-up.

The House of Bourbon-Two Sicilies is a cadet branch of the Spanish Royal Family which descends from the Capetian Dynasty and ruled over Southern Italy and Sicily during the 18th and 19th centuries.

While the family has no official remit, they spend their time doing charity work and promoting the interest of Southern Italy. 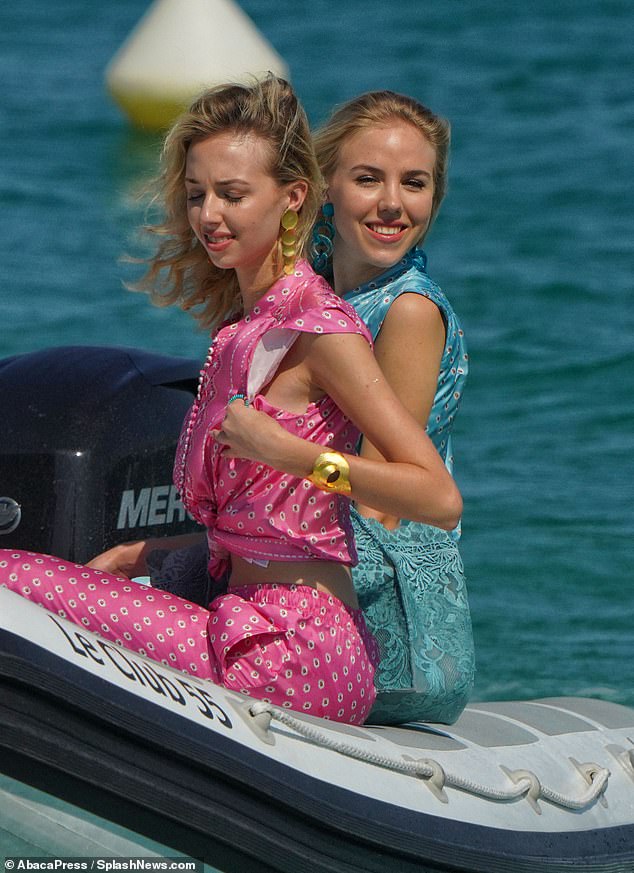 The sisters, who are often spotted in luxury destinations, showed off their tans as they took a speedboat ride under the hot French sun 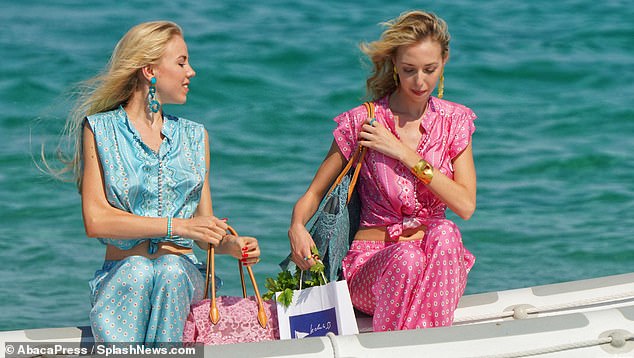 The sisters’ father Prince Carlo, Duke of Castro (not pictured) holds a claim to the now defunct throne of the former House of Bourbon-Two Sicilies 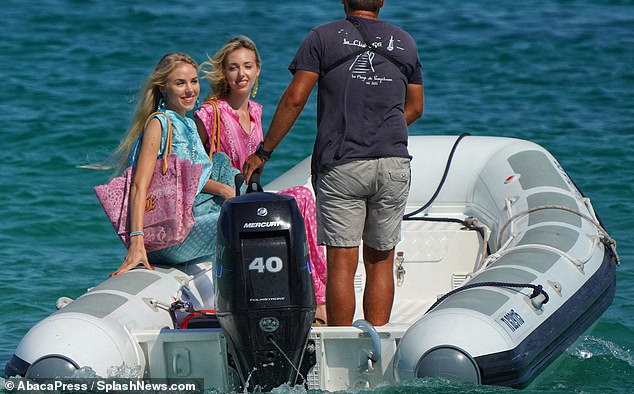 The princesses split their time between Italy, Monaco, Paris and St Tropez, and enjoy a life of luxury thanks to their family’s wealth

Meanwhile the princesses enjoy a life of luxury, spending their time between Italy, Monaco, Paris and St Tropez, soaking up the sun, sporting designer labels and making the most of their family’s wealth.

They are also actively involved with charity work and rub shoulders with the most elite socialites of Europe, speaking fluently in English, French and Italian.

In recent years, they have been building a large fanbase by sharing snaps of their luxurious lives on Instagram, and clips of themselves on TikTok, dancing, showing off their style, and having fun in various glamorous locations.