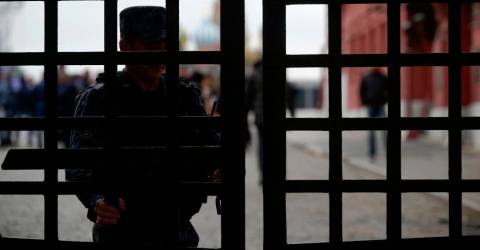 ROME: Italy will not recognise the results of “illegal” annexation referendums organised by Moscow in the Russian-occupied regions of Ukraine, Prime Minister Mario Draghi said Thursday.

The Italian leader’s office said Draghi had spoken to Ukrainian President Volodymyr Zelensky to assure him of Rome’s “continued support” for Kyiv.

Draghi and Zelensky discussed the “illegal ‘referendums’” which “Italy will not recognise”, his office said.

Kremlin-installed authorities in the four Ukrainian regions under Russian control on Tuesday claimed victory in the votes, saying that preliminary results show a majority in favour of being annexed by Moscow.

The leaders of Ukraine’s Lugansk, Kherson and Zaporizhzhia regions on Wednesday called on President Vladimir Putin to formally annex the territories into Russia.

Only Donetsk — which along with Lugansk makes up the industrial Donbas region partially controlled by pro-Kremlin separatists since 2014 — had yet to formally ask Putin for annexation.

Italy has supported Ukraine since Russia invaded in February, but Europe is watching closely to see whether it will continue to do so after general elections this weekend were won by a Eurosceptic populist party.

Giorgia Meloni, whose far-right Brothers of Italy triumphed at the polls, tweeted her “loyal support” for Ukraine on Tuesday.