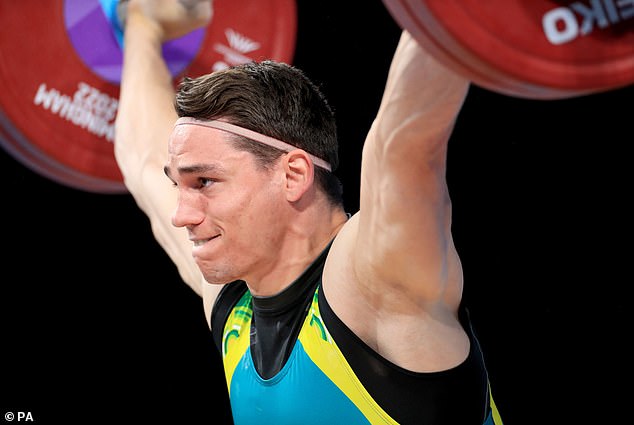 ‘It’s the worst feeling’: Devastated Australian weightlifter has gold medal snatched away in controversial circumstances at Commonwealth Games – before revealing he wears his late dad’s shirt when he competes

Australian weightlifter Kyle Bruce had the gold medal snatched away from him in controversial circumstances at the Commonwealth Games on Monday.

Bruce admitted being ‘devastated’ after a slow motion replay deprived him of what had looked to be a certain gold and a Commonwealth record in the 81kg category.

The Aussie was given the all clear by the three judges after a clean-and-jerk attempt at 183kg, but had to settle for silver as the jury ruled against him after reviewing the footage.

The 23-year-old was overruled for a press-out – the motion in which the elbows lock and then come unlock, rather than remaining in the extended position – with England’s Chris Murray claiming the gold instead.

A visibly disconsolate Bruce was comforted by a member of the Australian team, while team officials appealed the ruling to no avail.

‘It got overruled for a press out, I haven’t seen the video so I’m not sure but sometimes it’s just how the sport goes and congratulations to Chris on winning it,’ Bruce told Seven.

‘He was the good lifter on the day and I just got a bit unlucky there.’ 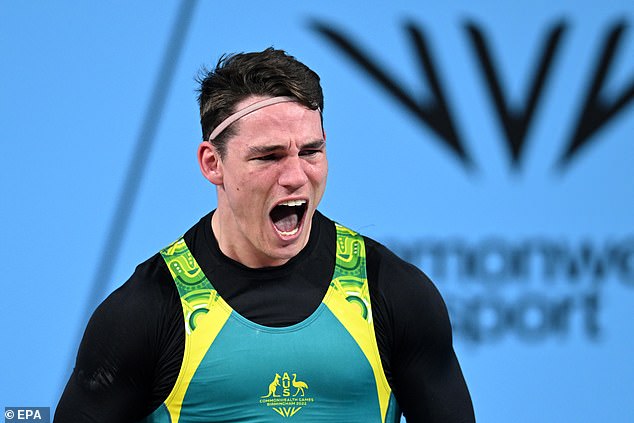 The Australian looked to have secured gold, but was denied by a slow motion replay as the jury ruled out his elbows had briefly come unlocked during the lift

‘It’s the worst feeling,’ he added. ‘It’s terrible. It’s such a crap feeling. I feel like I genuinely made the lift. It was given three white lights live when it happened.

‘I don’t know how they could turn that over? If it wasn’t a good lift, I feel like they would have made the decision on the spot live. I celebrated and was extremely happy and to have that taken away is pretty hard.

‘To have it [the medal] and then 30 seconds to a minute later not, it’s absolutely gut-wrenching.

Bruce would have been the first Australian to claim a gold medal in men’s weightlifting since Simplice Ribouem and Damon Kelly both finished on top of the podium 12 years ago. 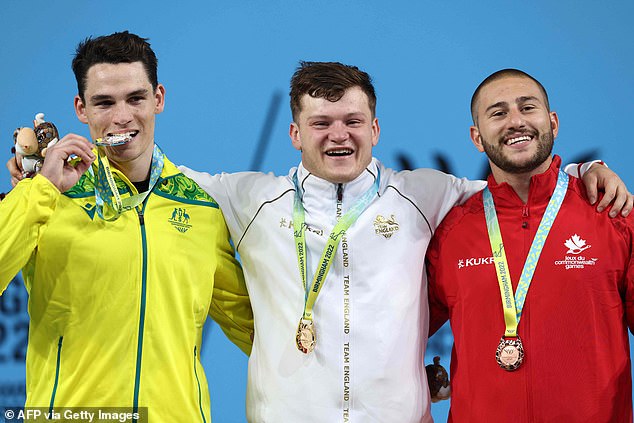 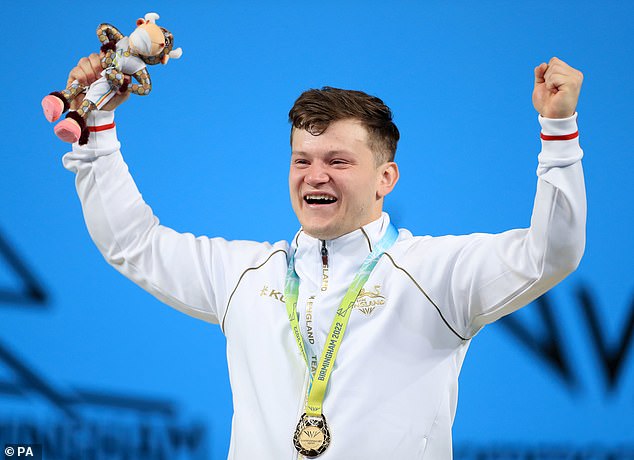 Despite the disappointment, the Sydneysider vowed to come back stronger in 2026 when the Commonwealth Games will be held in Victoria.

‘My only focus and goal coming into these Games was winning that gold medal for Australia and coming away with that silver. Not going to lie, is quite disappointing,’ he said.

‘I set my standards very high but that’s just how sport goes sometimes and I’ll be ready for 2026 and I’ll come back and have some redemption I think.’ 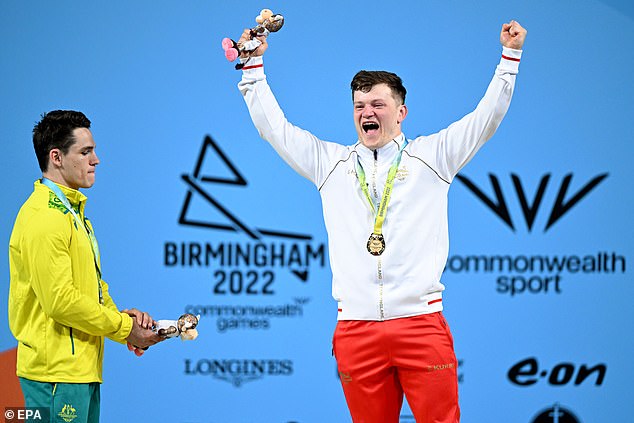 In an emotional moment, Bruce then dedicated his silver medal to his late father, who passed away in 2015.

‘My dad actually passed away in 2015 and I just wear his shirt because […] so he’s always there with me,’ he added.

‘Just so he’s always there for me. This one’s for him.’