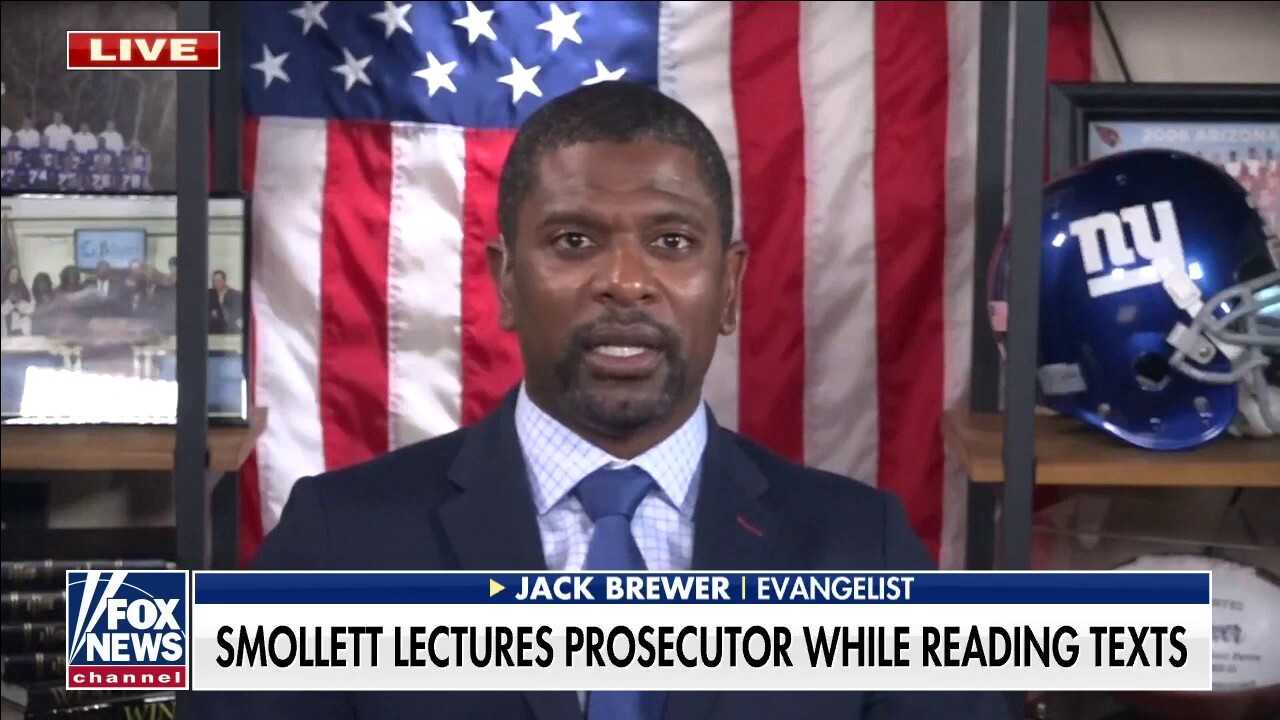 The Brewer Group CEO, Jack Brewer, torched Jussie Smollett for allegedly staging a fake hate crime, accusing him of using race to divide the country. The former NFL player joined “Fox & Friends First” on Wednesday, arguing “America is better than this” and urged Black leaders to stand up against using fake hate crimes for “personal gain.” Brewer also reacted to the revelation that CNN’s Don Lemon texted with Smollett shortly after the incident.

JUSSIE SMOLLETT’S TESTIMONY WAS ‘UNPARALLELED DISASTER,’ JURY WILL SEE THROUGH ‘RUSE’ AND CONVICT HIM: EXPERTS

JACK BREWER: To have major media outlets like CNN, people like Don Lemon, supporting this garbage. Growing up in Texas, I never thought that I would see a day where you’d have two high profile Black gay men on television supporting this type of nonsense. It’s unbelievable, the message that we put out and portrayed to these kids across our nation.