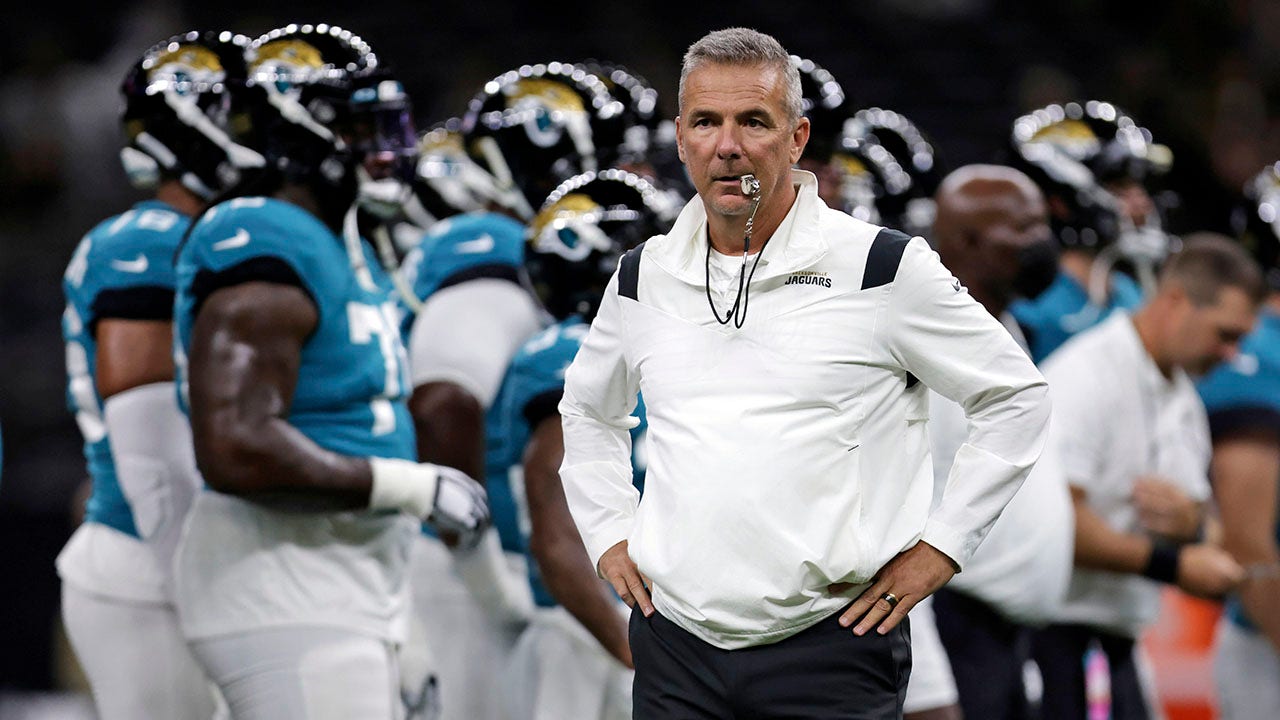 The transition from college football to the NFL has proven to be a difficult one for Urban Meyer, but Jacksonville Jaguars owner Shad Khan isn’t rushing to any decision regarding the first-year head coach’s future with the franchise.

Khan met with Meyer after Sunday’s humiliating 20-0 loss against the Tennessee Titans and Meyer “assured” him that his hopes for the Jaguars were still high, despite their 2-11 record.

On Monday, Khan acknowledged the Jaguars’ recent struggles but explained any decision regarding the team’s future would be well thought out.

The Jaguars lost their fifth straight overall, eighth straight in Nashville, ninth consecutive in AFC South play and 15th in a row on the road and have had just one winning season in the last 14 years.

Meyer’s tenure in Jacksonville has also been marred with off-field issues and reports of in-house problems with his players and coaching staff. On Sunday, he addressed the leaks.

“What someone’s brother said, or someone said, that will occupy very little of my time. And if there is a source, that source is unemployed. I mean, within seconds, if there’s some source that’s doing that.”

Sources told ESPN that despite this season’s issues, Khan remains committed to Meyer.

Jacksonville Jaguars coach Urban Meyer prepares to lead his team onto the field against the Texans on Sept. 12, 2021, in Houston.
(AP Photo/Sam Craft)

“In the past it was like you were, quote, it’s like the lowly Jaguars, and everyone left you alone,” Khan said Monday. “Now the scrutiny we have is really something different. How much of that is we’re bringing it upon ourselves, or how much of that is deserved? Urban, he won wherever he was. This is something he’s never dealt with. And when you win in football you create enemies, OK, and the only way you can really deal with that is you’ve got to win again.”