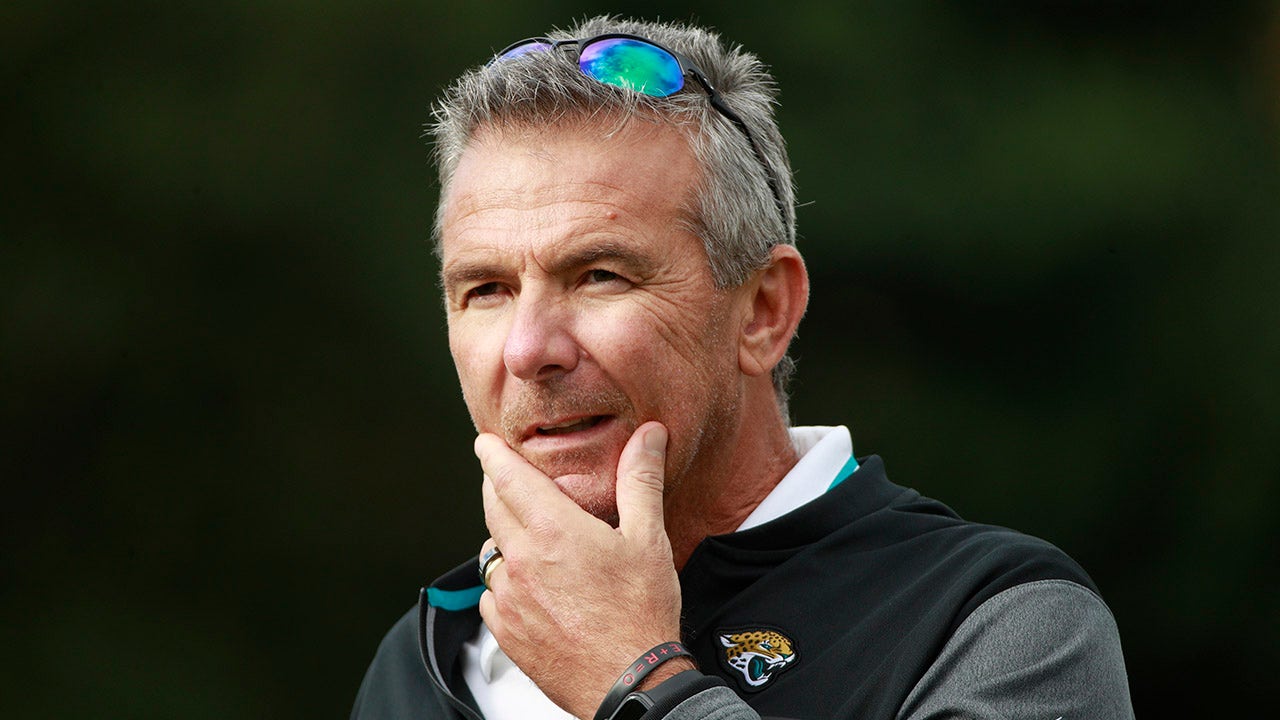 The first-year NFL coach said that wideouts are running incorrect or imprecise routes.

Head coach Urban Meyer of the Jacksonville Jaguars looks on during the first half against Tennessee Titans at TIAA Bank Field on October 10, 2021 in Jacksonville, Florida.
(Photo by Sam Greenwood/Getty Images)

Through 12 weeks, the Jaguars are 26th in the NFL in passing yards and 31st in passing touchdowns with rookie quarterback Trevor Lawrence at the helm. The Jaguars have a 2-9 record.

Meyer said, “Yeah,” when asked whether wide receivers were running wrong routes. He said that having injuries and adding additional wide receivers in the middle of the season were issues.

“We have to fix it. Am I concerned? Sure,” Meyer said when asked whether the new receivers would affect Lawrence’s growth.

“I’m concerned about everything, but that’s a reality of the game of football. The pass game part is about consistency and timing. When you have — like I said, to no one’s fault — when you have two guys go down and you’re just kind of rolling through guys, it’s a little bit more difficult on a quarterback. So yeah, it’s a problem. But I thought yesterday, though, just throw and catch [was] decent. We had a couple [drops] but throw and catch was decent.”

Jacksonville Jaguars head coach Urban Meyer throws the ball during a practice and media availability by the Jacksonville Jaguars at Chandlers Cross, England, Friday, Oct. 15, 2021. The Jaguars will plat the Miami Dolphins in London on Sunday.
(AP Photo/Ian Walton)

After Jacksonville lost D.J. Chark to a season-ending injury earlier in the year, Marvin Jones emerged as Lawrence’s top target, and he currently leads the Jaguars with 46 receptions for 529 yards and three touchdowns.

Second-year wideout Laviska Shenault Jr. has 45 catches for 441 yards. Shenault was one guy who was identified as possibly running a bad route.

“I don’t want to get too detailed, but yeah, I think that was part of [it]. I don’t want to go on that play [in] particular. We’ve had some depth issues and location issues,” Meyer said.

Head coach Urban Meyer of the Jacksonville Jaguars speaks with Trevor Lawrence #16 during the game against the Arizona Cardinals at TIAA Bank Field on September 26, 2021 in Jacksonville, Florida.
(Photo by Sam Greenwood/Getty Images)

In their 21-14 loss to the Atlanta Falcons on Sunday afternoon, Lawrence completed 23 of 42 passes for 228 yards with one touchdown and one interception.

Journeyman wide receiver Laquon Treadwell led the team with four catches for 53 yards. Lawrence connected with Tavon Austin for the only passing touchdown of the game.

As the Jaguars continue to build around Lawrence over the next several years, boosting the wide receiver position will be a priority heading into next season’s draft.