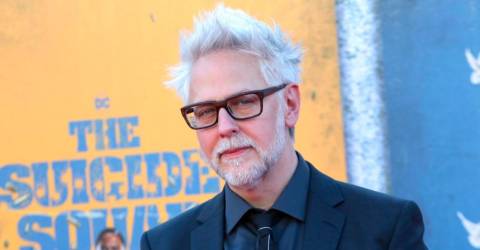 AFTER James Gunn and Peter Safran took over as heads of DC Studios, many surprising changes were made, including dropping Henry Cavill from returning as Superman and cancelling Wonder Woman 3.

Like most people, DC fans did not appreciate the sudden changes, and Gunn recently took to Twitter to address the “uproarious and unkind” backlash.

“We knew we would sometimes have to make difficult and not-so-obvious choices, especially in the wake of the fractious nature of what came before us,” Gunn posted on Monday, on behalf of his partner Safran and himself.

Gunn didn’t reference any specific thing they’ve taken off the list by name, but fans first expressed their dismay when the filmmaker announced that a new Superman movie would be written about the hero’s early days – and thus not bring back Cavill.

It was tough news for eager fans to hear, especially after Cavill appeared in a much-hyped post-credits scene for Black Adam, and later announced that he was “officially back as Superman” on social media.

However, after the news broke, Cavill addressed the situation on Instagram, writing: “This news isn’t the easiest, but that’s life. I respect that James and Peter have a universe to build. I wish them and all involved with the new universe the best of luck.”

Even so, Gunn stood by the decisions they have made, writing: “Our choices for the DCU are based upon what we believe is best for the story and best for the DC characters who have been around for nearly 85 years. … Disrespectful outcry will never, ever affect our actions.”