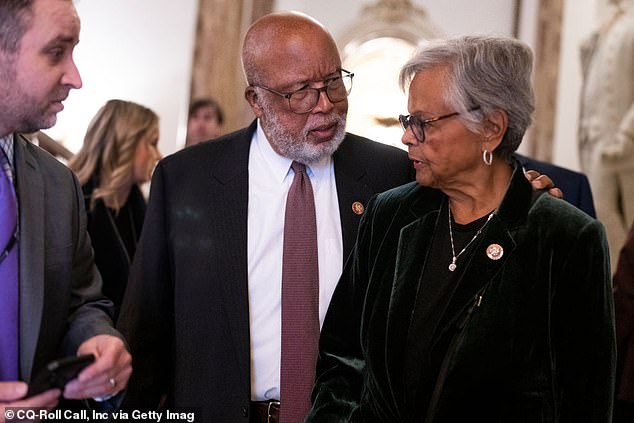 January 6 committee WILL recommend criminal prosecutions against some of those involved – but won’t say who, Democrat chairman confirms

House January 6 Committee Chairman Rep. Bennie Thompson indicated Tuesday that the panel is preparing criminal referrals for the Justice Department – but then dialed back his comments in another sign of internal divisions.

Thompson, 74, the Mississippi Democrat is presiding over the panel in its last days before Republicans take over the House with plans to abolish it, made the comment to reporters as the committee prepares to release a final report that will run hundreds of pages.

‘We have made decisions on criminal referrals,’ Thompson said.

But he also hedged in another comment. ‘What we’ve decided is that we will probably make referrals,’ he said before the panel was expected to meet Tuesday.

His remarks come after reports that some committee staff members are frustrated at panel Vice Chair Rep. Liz Cheney’s focus on former President Donald Trump, whose election overturn effort and words and actions on and leading up to January 6 were key features of public hearings.

Thompson says whether or not witnesses perjured themselves was ‘part of the discussion.’

Trump did not appear before the committee, which only subpoenaed him in recent weeks.

A criminal referral does not carry legal weight. Justice Department prosecutors would decide on their own if they have sufficient evidence to bring charges against individuals. 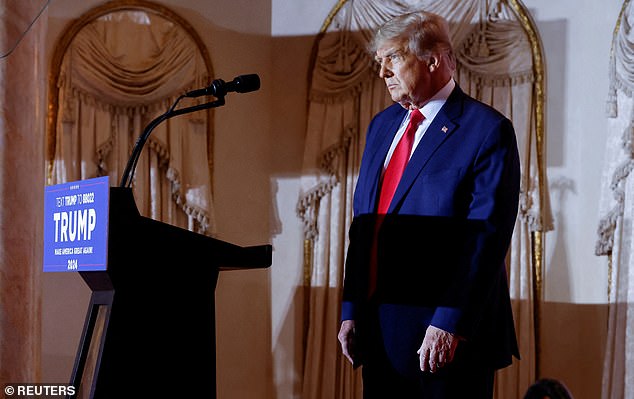 It was not clear if the panel would make a criminal referral relating to former President Donald Trump, who is already under investigation by the Justice Department 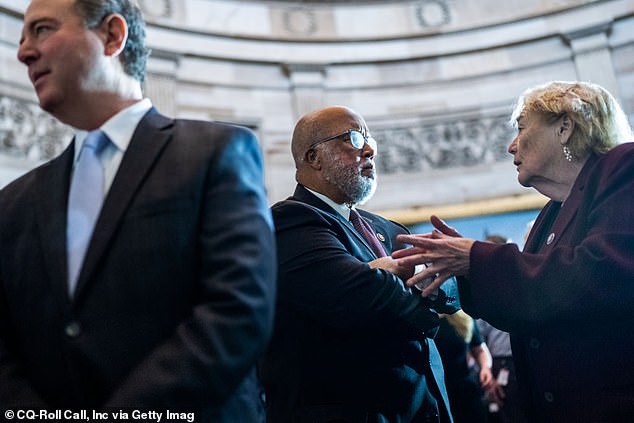 Rep. Bennie Thompson, D-Miss., chairman of the January 6th Committee, and members Zoe Lofgren, D-Calif., and Adam Schiff, D-Calif., attend a ceremony to award the Congressional Gold Medal to the United States Capitol Police, the Washington D.C. Metropolitan Police and the heroes of January 6th, in the U.S. Capitol Rotunda on Tuesday. There are reports of splits on the committee about next steps

The committee continues to work on its final report, which it must release before House Republicans take charge on January 3.

House Minority Leader Kevin McCarthy said he intends to disband the committee when Republicans take over, and focus any inquiries on security failures at the Capitol.

‘The Committee has determined that referrals to outside entities should be considered as a final part of its work. The committee will make decisions about specifics in the days ahead,’ a panel spokesperson told CNN.