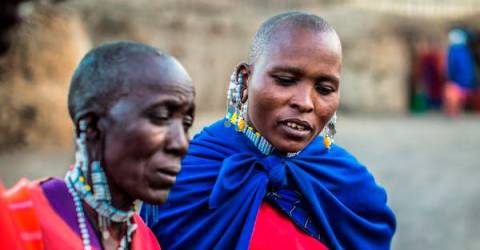 ISTANBUL: Japan’s prime minister announced a US$30 billion investment in Africa, saying his country will contribute vigorously to African development.

“Japan aspires to be a partner, growing together with Africa,” Fumio Kishida told a joint news conference along with African leaders on Sunday after hosting the Eighth Tokyo International Conference on African Development.

He virtually addressed the African nations’ summit co-hosted by Senegal and Tunisia in the capital Tunis, Anadolu Agency reported the Japanese premier’s office said in a statement on Monday.

“Japan contributes strongly to the development of Africa by overcoming challenges in Africa together with Africa. By doing so, Japan learns and grows too. Japan, as a partner, takes an approach which focuses on ‘people’,” Kishida said.

Over the weekend, Kishida held a virtual meeting with several African leaders where he also discussed his idea “new form of capitalism.”

Kishida announced US$30 billion as part of Japan’s public and private financial contributions to Africa, it reported.

The contributions will “focus on investment in people and quality of growth and aim for a resilient and sustainable Africa while solving various problems faced by the African people,” he said.

Expressing his expectation of “dynamic growth” in Africa, Kishida said: “It is important for Japan to grow together with Africa, as Africa grows with dynamic power.”

“At the same time, it is true that a series of contradictions of the global economy, such as inequality and environmental problems, are concentrated in Africa at this moment,” he said.

In view of Russia’s war on Ukraine, the Japanese premier said: “We need to urgently deal with issues such as the food crisis caused by Russian aggression against Ukraine and unfair and opaque development finance.”-Bernama