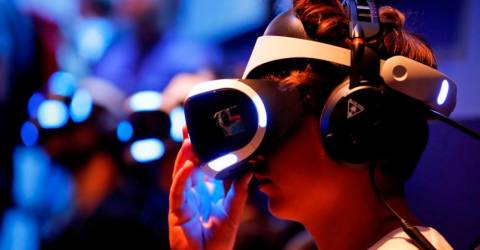 TOKYO,: An ophthalmic startup and two other Japanese companies said they will jointly develop a virtual reality (VR) game to treat children’s amblyopia, or lazy eye.

According to Jiji Press, Innojin, the startup derived from Juntendo University, Sumitomo Corp. and VR developer Ima Create Co. have already made a VR game app for clinical study.

According to the group, the app makes a kendama toy clearly seen with the lazy eye and indistinctly with the healthy one when the user puts on the goggle-type VR terminal. Playing the VR kendama game will thus train the lazy eye.

It reported Takenori Inomata, head of Innojin, said the game is less likely to strain children’s eyes compared with conventional games because VR technology can distance images from players.

Amblyopia usually occurs in just one eye in three per cent of children. It can be treated by covering the healthy eye with an eyepatch, but children often dislike wearing it. – Bernama