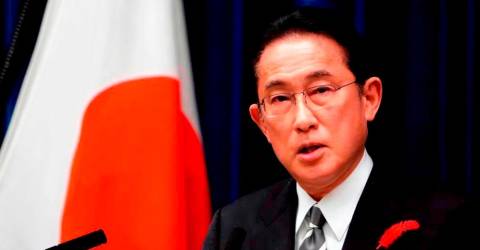 TOKYO: Japan will expand its sanctions list against Russia and will freeze the assets of an additional 70 people and entities and ban exports to 90 structures tied to the defence industry, Sputnik quoted the NHK broadcaster reports citing Japanese Prime Minister Fumio Kishida(pix).

Japan will also support a ban on the import of Russian gold, and will stop the provision of audit services, Kishida said at the G7 summit in Germany.

Earlier this month, Japan decided to ban the export of trucks, dump trucks and bulldozers to Russia.

These latest restrictions are part of a broad range of sanctions that the Japanese government has introduced against Russia in connection with the special military operation in Ukraine, launched in February.

Overall, Japan has targetted more than 500 Russian individuals, 11 Russian banks and over 200 Russian companies with sanctions since Feb 24.-Bernama