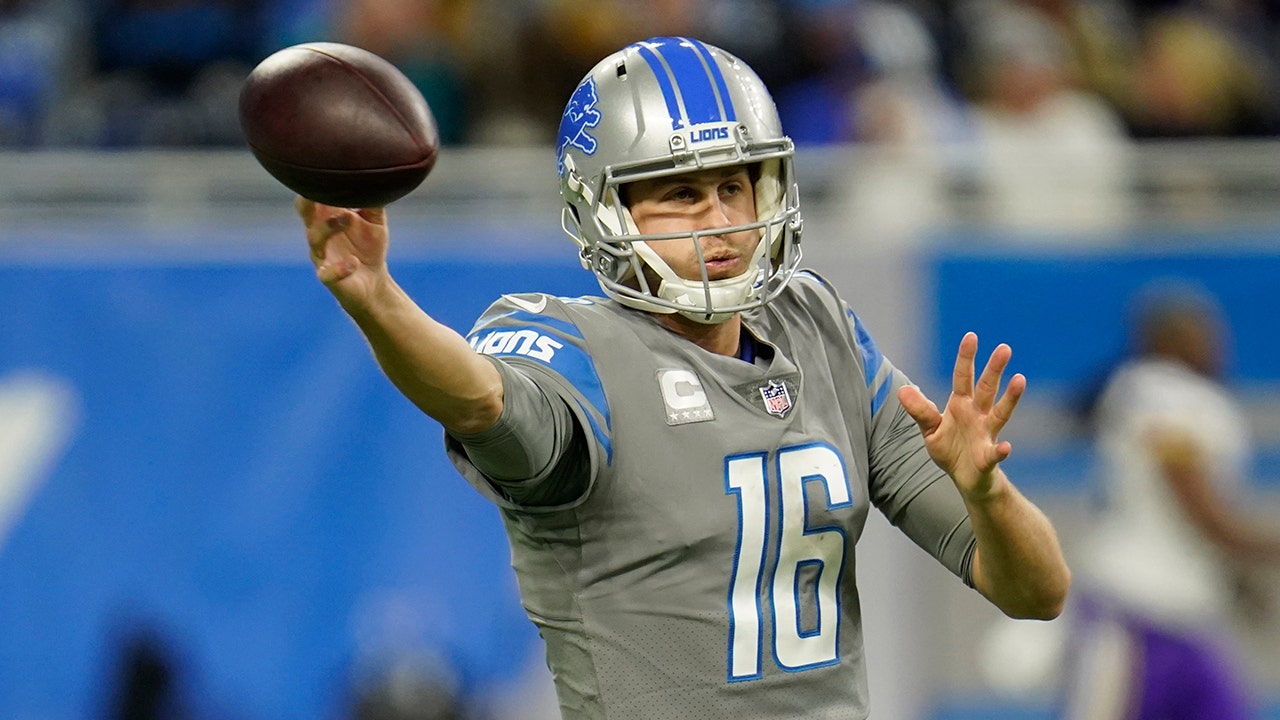 The Detroit Lions are winless no more.

Jared Goff led Detroit on a 14-play, 75-yard drive that ended in his 11-yard touchdown pass to Amon-Ra St. Brown to defeat the Minnesota Vikings, 29-27. The Lions picked up their first victory in nearly a year.

Detroit Lions tight end T.J. Hockenson reacts after his touchdown during the first half against the Minnesota Vikings Sunday, Dec. 5, 2021, in Detroit.
(AP Photo/Paul Sancya)

The Lions were in control of the game in the first half going up 20-6 on the Vikings thanks to two touchdown passes from Goff and two filed goals from Riley Patterson. Detroit scored 20 consecutive points after Minnesota started the game with two Greg Joseph field goals.

Kirk Cousins, however, would not be deterred.

He threw two touchdown passes in the fourth quarter – one to K.J. Osborn and the other to Justin Jefferson — in a comeback effort. Alexander Mattison had a rushing touchdown in the third quarter and Joseph tacked on another field goal.

Cousins found Jefferson for a 3-yard touchdown pass to put Minnesota up 27-23 with 1:50 left in the game. But Goff and his offense had plenty of time left. Goff and St. Brown connected three times on the game-winning drive, including the final touchdown pass.

Goff picked up his first win under a coach not named Sean McVay. He finished 25-for-41 for 296 passing yards and three touchdown passes. He also threw an interception. St. Brown had 10 catches for 86 yards and the touchdown. Jamaal Williams led the team in rushing with 71 yards on 17 carries.

Cousins was 30-for-40 for 340 passing yards and two touchdown passes. Jefferson had 11 catches for 182 yards. Osborn had four catches for 47 yards.

Detroit was 0-10-1 entering the game against Minnesota and had lost four games by three or fewer points. Sunday’s win marked the first time the Lions had won since Dec. 6, 2020 against the Chicago Bears.

Minnesota fell to 5-7 with the loss.