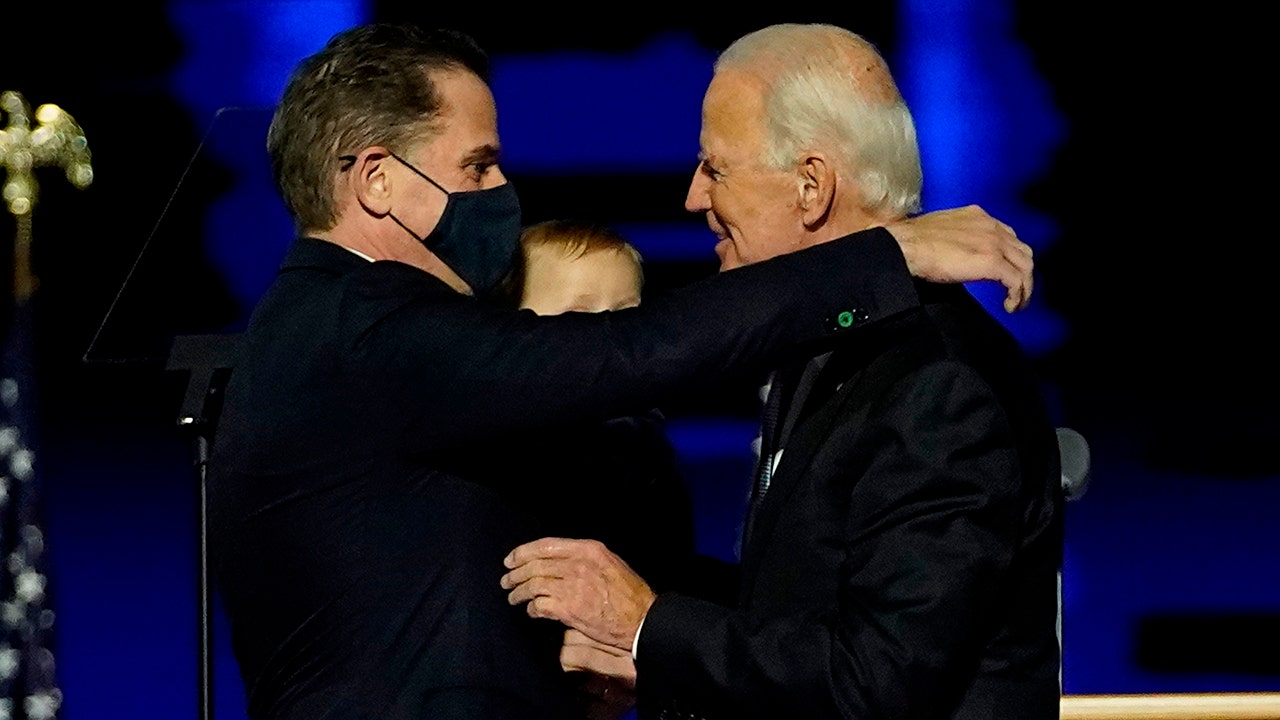 FIRST ON FOX: Former Chairman of the House Oversight Committee Jason Chaffetz is calling on the White House to “immediately release” the college recommendation letter that President Biden is said to have sent to Brown University on behalf of the son of a Chinese executive who did business with Hunter Biden.

Hunter held a 10% stake in BHR as recently as last year, the White House previously acknowledged. Hunter’s attorney told the New York Times in November that he had since divested.

Chaffetz, a Fox News contributor and a distinguished fellow at the Government Accountability Institute, pointed out that Biden, at the time of the request for the letter of recommendation for the son of Bohai Capital and BHR CEO Jonathan Li, he was still serving as vice president of the United States under the Obama administration.

“The White House should immediately release the letter Joe Biden sent as vice president to the president of Brown University,” Chaffetz told Fox News. “This is exactly why Hunter Biden was so valuable to foreign entities.”

He added: “He had access to the White House and he wasn’t bashful about using it.”

In an email dated Jan. 3, 2017, and sent to Hunter Biden and his business associates Devon Archer and Jim Bulger, CEO of BHR Jonathan Li writes:

Li goes on to attach an “updated version” of his son’s “CV” in a subsequent email.

Hunter’s associate, James Bulger, cc’ing Hunter and Archer, replies saying they have “received the updated version of the CV.”

“Lets [sic] see how we can be helpful here to Chris,” Bulger writes.

The update on the status of the letter of recommendation did not come until after Biden had left the White House in February 2017, during the Trump administration.

On Feb. 18, 2017, Eric Schwerin, who served as president of Rosemont Seneca, replied to Li.

“Jonathan, Hunter asked me to send you a copy of the recommendation letter that he asked his father to write on behalf of Christopher for Brown University,” Schwerin wrote.

“The original is being FedExed to Dr. Paxson directly at Brown,” Schwerin wrote. “It should be there by Tuesday at the latest (given Monday is a holiday here in the U.S.). Let us know if you have any questions. Best, Eric.”

Dr. Christina Paxson is the president of Brown University.

Li replied: “Hi Eric, Just see the email. It is just great! Thank you very much!”

“And Hunter, thank you very much too,” Li continued. “All the best to you all.”

It is unclear if Li’s son was admitted to Brown University, and if so, whether he attended.

The emails originated from a laptop said to belong to Hunter Biden.

When asked about the contents of the emails, White House deputy press secretary Andrew Bates told Fox News Digital: “We don’t comment on the laptop.”

A spokesperson for Brown University told Fox News Digital that “because of privacy, we do not inquire of our Registrar’s office, Admissions office or any other office when we receive media requests such as these for information about applicants to Brown.”

“Given both the requirements of federal law and Brown’s own commitment to the confidentiality of student records, we do not entertain these requests because we would not be at liberty in any circumstance to share information on any specific applicant to Brown or recommendation letters in support of any prospective student’s application,” the spokesperson told Fox News Digital.

But Chaffetz told Fox News that it is “pretty simple.”

As recently as Tuesday, White House press secretary Jen Psaki was asked to confirm if Biden’s statement that he has not discussed with his son his overseas business dealings still stands, to which she replied: “Yes.”

Hunter Biden has been under federal investigation for his “tax affairs” since 2018, according to a source familiar with the matter.

Fox News first reported in December 2020 that Biden was a subject/target of the grand jury investigation, a well-placed government source told Fox News. According to the source, a “target” means that there is a “high probability that person committed a crime,” while a “subject” is someone you “don’t know for sure” has committed a crime.”

The federal investigation into Hunter Biden was predicated, in part, by Suspicious Activity Reports (SARs) regarding suspicious foreign transactions.

A Treasury Department official, who did not comment on the investigation, spoke broadly about SARs, telling Fox News that SARs are filed by financial institutions “if there is something out of the ordinary about a particular transaction.”

The official told Fox News that the mere filing of a SAR does not mean there has been a criminal act, or violation of regulations, but instead, flags that a transaction is “out of the ordinary” for the customer. The official noted, though, that a SAR could be part of a money laundering or tax investigation.

Meanwhile, the grand jury continues to investigate Hunter Biden’s international business dealings—even after he paid off a tax liability following the announcement of the probe into his “tax affairs.”

Hunter Biden, weeks after the 2020 presidential election, released a statement acknowledging the federal investigation of his “tax affairs.”

“I take this matter very seriously, but I am confident that a professional and objective review of these matters will demonstrate that I handled my affairs legally and appropriately, including with the benefit of professional tax advisors,” Biden said in the December 2020 statement.