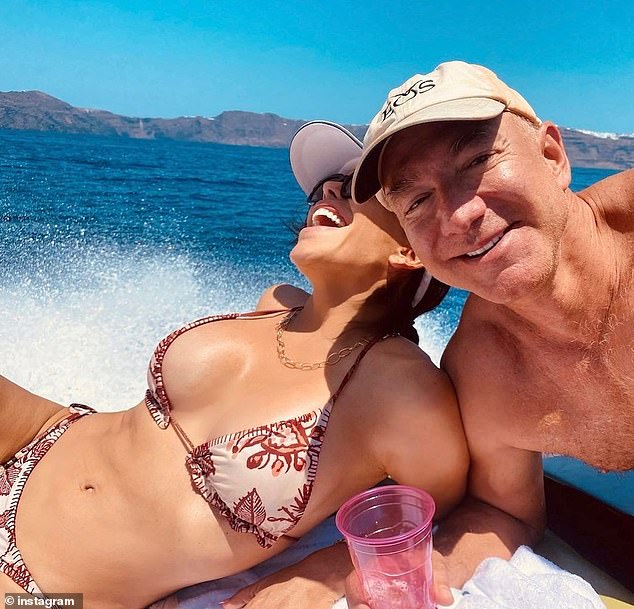 The new name of Bezos’ controversial 127-metre Oceanco Y721 yacht was revealed this week when it began transmitting on the vessel’s automatic identification system (AIS).

It will be the tallest sailing yacht in the world when it is delivered to the Amazon founder, overtaking the current largest ocean-going passenger ship Sea Cloud.

The billionaire commissioned the construction of the superyacht, which hit the headlines last year when the $500 million vessel required an iconic Dutch bridge to be dismantled in order to reach the open sea.

Bezos said he would pay the Dutch city of Rotterdam to dismantle and then rebuild part of the historic 95-year-old bridge so the vessel could pass through.

Amazon founder Jeff Bezos has named his $500 million superyacht. His 127m yacht is now transmitting under the name ‘Koru’, which translates to ‘new beginnings’ (Bezos pictured with Lauren Sanchez) 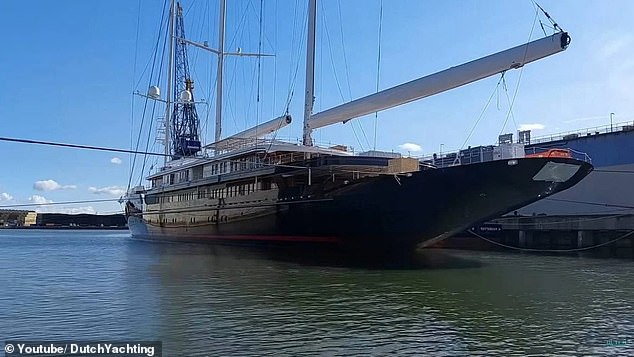 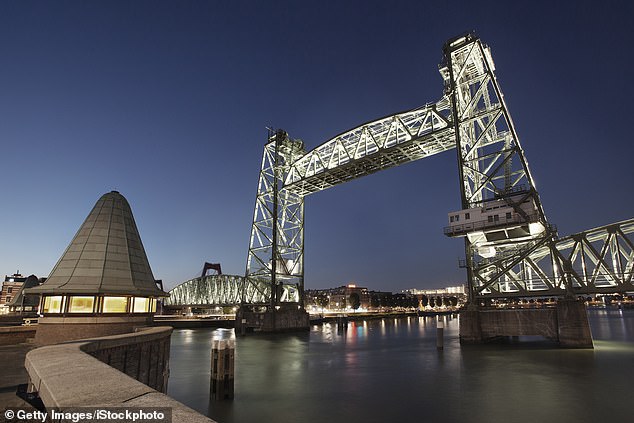 The the iconic Koningshavenbrug bridge in Rotterdam was set to be dismantled to allow Jeff Bezos’s newly-built superyacht to pass through, with the bill being footed by the Amazon billionaire but after public outcry the ship was altered so that wasn’t necessary

However, after a public outcry the masts on the ship’s sails were fitted in a way to avoid part of the Koningshaven Bridge, allowing the ship to sail through without the bridge being torn down.

The ship, which is almost twice the length of an Airbus A380, first hit the water in August.

Its triple masts reach a staggering 70 meters high, making the sailing yacht even taller than the Great Pyramid of Giza.

The design for Koru is based on another one of Bezos’ ships, the Black Pearl.

The Black Pearl is the largest DynaRig sailing yacht in the world, with three 70 metre-tall carbon masts and was built in 2018.

It will now undergo sea trials and will then be delivered to the billionaire.

The yacht is expected to be finished and delivered in February and will then join a fleet of three sailing yachts longer than 100m.

It is rumoured the boat will cost Bezos $25 million a year in upkeep. 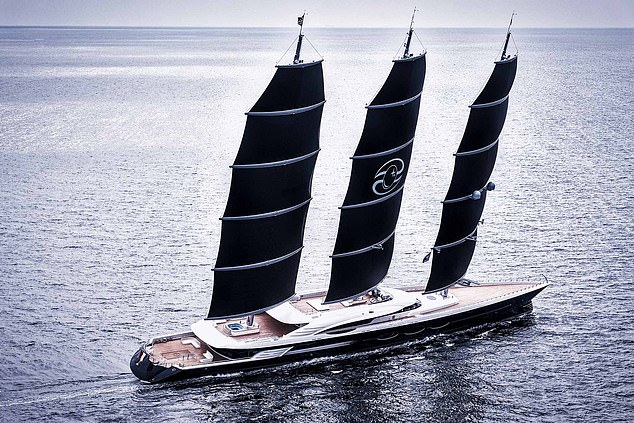 Bezos’s vessel is based on the company’s Black Pearl ship. The Black Pearl is the largest DynaRig sailing yacht in the world, with three 70 metre-tall carbon masts, built in 2018