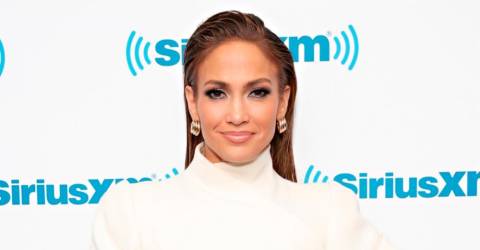 The singer, actor and producer had 226 million followers on Instagram, 45.5 million on Twitter, and 15.4 million on TikTok.

On all of those platforms, her profile pictures were replaced with black images.

Some fans were worried over what this could mean, but more savvy observers suspected that it was because the star was preparing for a major announcement.

On Friday, their suspicions were proven right, when Lopez announced a new music project called This Is Me…Now.

The announcement comes on the 20th anniversary of her album, This Is Me…Then, on which she wrote and produced.

A press statement declared that This Is Me…Now will shine a spotlight “on her tough childhood, unsuccessful relationships and the incredible emotional journey she has been on”.

Of the 13 singles on the new album are ditties such as Dear Ben pt. II and Midnight Trip to Vegas which is a nod to her marriage ceremony with Oscar winner Ben Affleck back in July. The original 2002 album has the song Dear Ben which is a ballad about Affleck, released when she was dating him back then

Lopez married Affleck on July 16 this year, and her next film, Shotgun Wedding, is due out in December 2022.