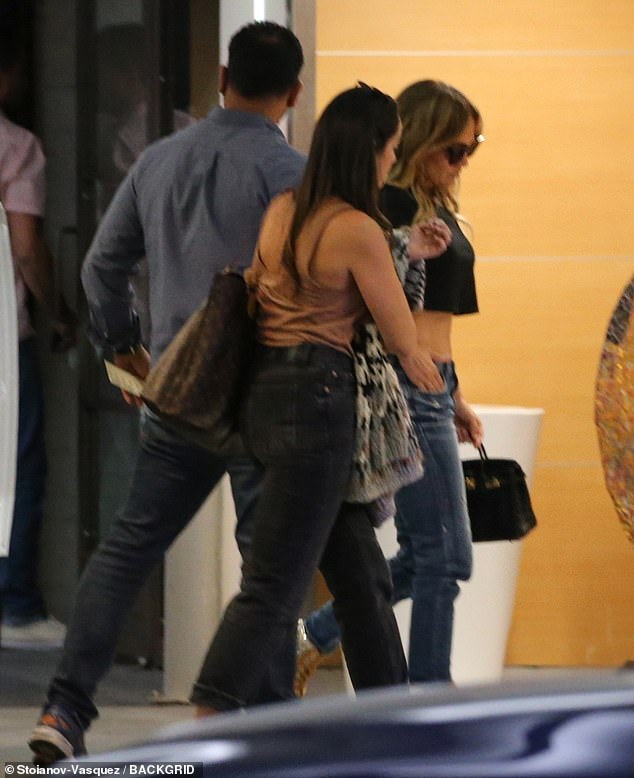 By Sarah Abraham For Dailymail.com


Jennifer Lopez hit the ground running with work following a romantic weekend with beau Ben Affleck and her children in The Hamptons.

On Thursday, the 51-year-old superstar was seen heading to her Beverly Hills office with her kids Max and Emme, 13, where she flashed her abs in a black crop top.

The sighting comes on the same day an Us Weekly insider reported that she and ‘true love’ Ben Affleck, 48, are set to move in together ‘very soon.’

The Hustlers star was seen exiting a white Escalade ahead of her son, with a team of bodyguards and assistants as she headed up to her office.

Lopez looked very put together despite her dressed down ensemble that consisted of a black crop top and a pair of blue jeans with suede accented sneakers.

Her hair was done in loose waves and she shielded her face with oversized sunglasses while toting along a black Hermes bag.

And on her instagram she continued to tease the world premiere of the music video for her new song Cambia El Paso with Rauw Alejandro during what looked to be a very busy day. 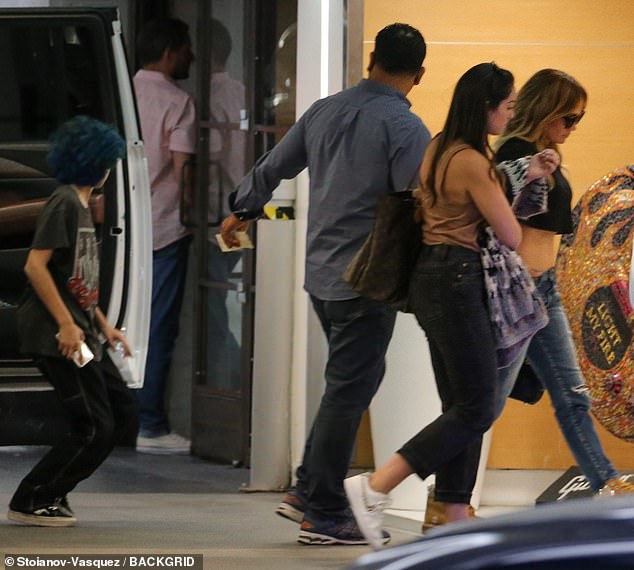 Takes a village: The Hustlers actress was seen exiting a white Escalade followed by her son Max and a team of assistants and body guards

Lopez’s work-centric outing comes amid a slew of new reports on the future of her relationship with the Good Will Hunting actor — who she spends ‘every night’ with when she’s not working.

‘Ben and Jen are spending almost every night together when they’re not working,’ an insider told Us Weekly. ‘They plan on moving in together very soon.’

The news was preceded by a July 7 report that the formerly engaged pair are ‘committed’ to ‘spending the rest of their lives together,’ after realizing they’ve found ‘true love,’ per the publication.

‘They’re fully committed to taking the next steps and spending the rest of their lives together…As far as they’re both concerned, they’re just blessed to have found each other and discovered true love, which most people can only ever dream about.’ 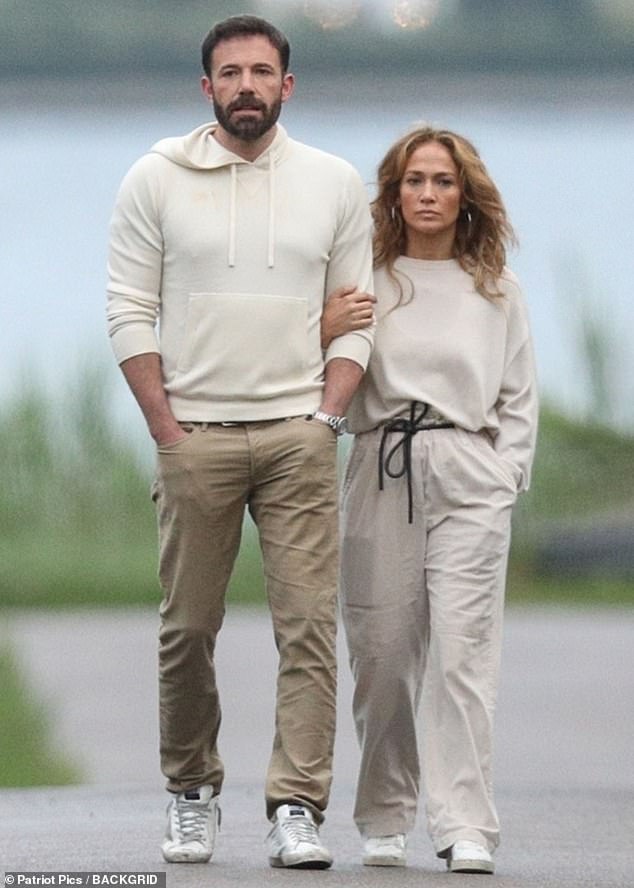 Next steps: ‘Ben and Jen are spending almost every night together when they’re not working,’ an insider told Us Weekly, adding that ‘They plan on moving in together very soon’; pictured July 3 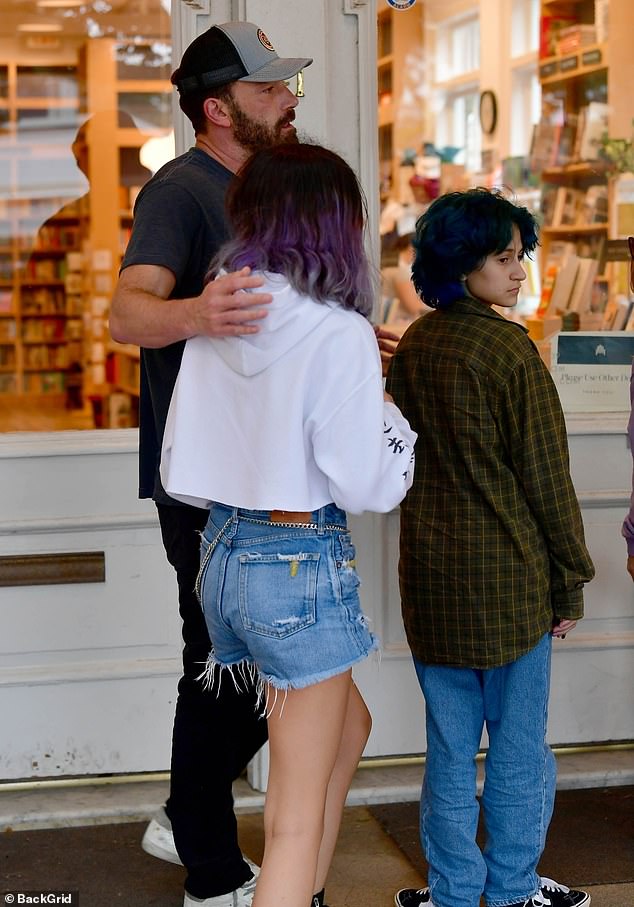 Co-parenting: Both she and Affleck are reportedly committed to being ‘involved’ and there for each other’s children; Ben pictured with Max and Emme July 6

As she and Affleck continue to blend families (he shares children Violet, 15, Seraphina, 12, and Samuel, nine, with ex Jennifer Garner) it has also been said that she ‘intends to be an involved stepmom who’s there for Ben in that area.’

And it seems as if the step-parenting notion goes both ways as Affleck was seen spending quality time with JLo and ex Marc Anthony’s kids on a shopping outing in East Hampton days ago.

On Thursday another source told People that Ben is ‘bonding,’ with both kids swimmingly and that the couple continue to be ‘beyond happy.’

The couple first began dating in July 2002 and swiftly got engaged the following November. They were set to get married in September 2003 but postponed the wedding a mere days before and eventually called off the impending nuptials in early 2004. 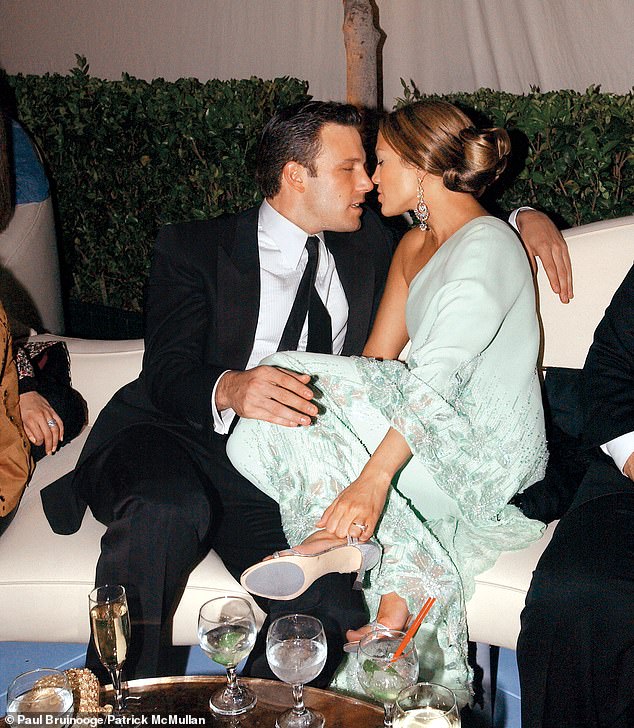 True love: The pair split after two years together in 2004 but this time around they are reportedly feeling ‘blessed to have found each other and discovered true love’; pictured March 2003