The Jersey City killers, who killed three people at a grocery store and gunned down a police officer at a cemetery on Tuesday, attended an ‘anti-Semitic Black Hebrew Israelite church’ in New York.

David N. Anderson, 47, and Francine Graham, 50, who died in the attack, visited Harlem’s Israelite Church of God in Jesus Christ, according to the superintendent of the building where the church is based.

On Wednesday, the FBI searched the Harlem venue, according to a law enforcement official, who was not authorized to discuss the case publicly and spoke on condition of anonymity.

NYPD Commissioner Dermot Shea told the Post Thursday that authorities ‘don’t have any recent acts of violence with the group in New York City, but we’re closely monitoring with our federal and state partners in Jersey’.

The Jersey City shooters visited Harlem’s Israelite Church of God in Jesus Christ up until at least four years ago, according to the superintendent of the building on Madison Ave 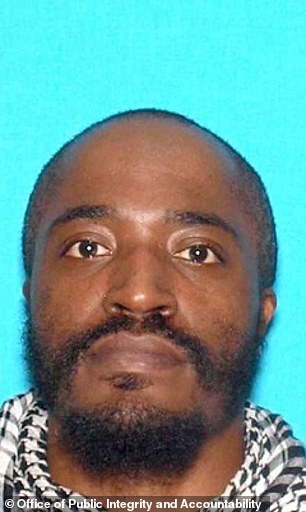 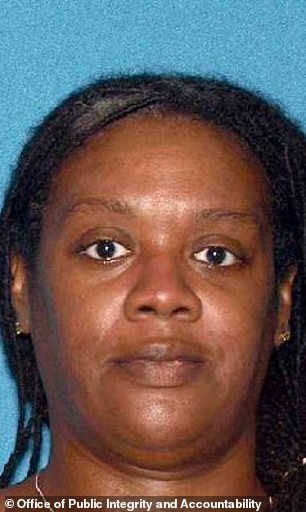 David N. Anderson, 47, and Francine Graham, 50, who died in the attack, killed three people at a grocery store and gunned down a police officer at a cemetery on Tuesday

‘I’ve seen him here,’ superintendent Clarence Parks Jr. told the New York Post on Thursday. ‘I’ve seen him lining up outside to go inside the church. I’ve seen her, too.’

But he said it had been years since he’d seen Anderson – who was jailed for two years for firearms possession then again for a dispute with a woman he met online.

‘The last time I saw him here was about four years ago,’ Parks, 61, said. ‘I think he got locked up a couple of times and then I never saw him again.’

He couldn’t remember the last time he saw Graham at the church, which pays $30,000 rent.

The church’s Chief High Priest Tazadaqyah, real name Jermaine Grant, and its main treasurer, Lincoln Warrington, will be sentenced in January after they pleaded guilty to tax evasion.

They reportedly owe the IRS $250,000 after spending $5million on Grant’s personal expenses such as vacations and private school tuition for his children.

The Post said a man inside the church declined to comment when a reporter knocked on the door and reported seeing people carrying out duffel bags and luggage that went into a white rental box truck.

The Madison Avenue church reportedly uses flyers to promote weekday classes from 7.30pm to 10.30pm and classes from 8.30am to sundown on their Sabbath, Saturday.

Friends of Graham said Anderson introduced her to the anti-Semitic group and that they’d been heard talking about ‘religious stuff’. 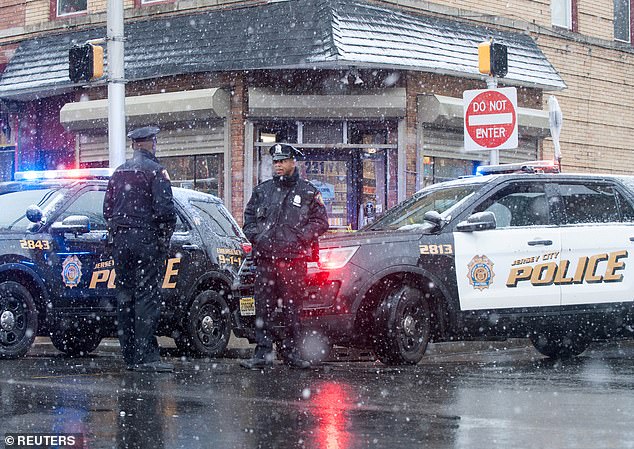 Jersey City police work at the scene the day after an hours-long gun battle with the two assailants around a kosher market. Friends of Graham said Anderson introduced her to the anti-Semitic group and that they’d been heard talking about ‘religious stuff’ 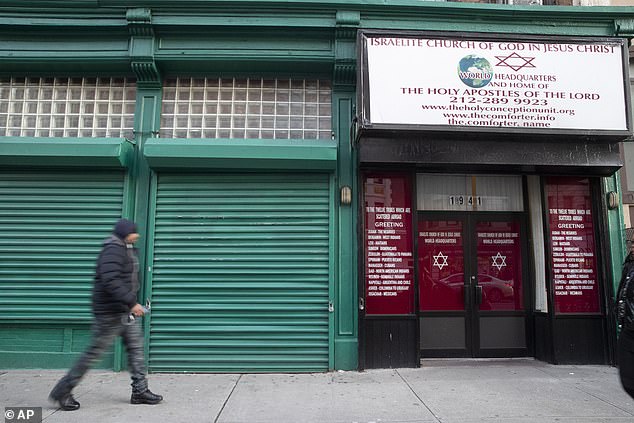 The Madison Avenue church uses flyers to promote weekday classes from 7.30pm to 10.30pm and classes from 8.30am to sundown on their Sabbath, Saturday 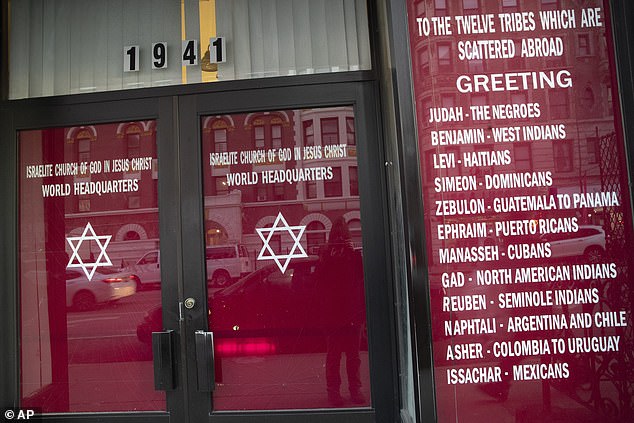 An Instagram account that apparently belonged to Anderson, had posts included at least one reference to Black Hebrew Israelite philosophy – a list of the 12 Tribes of Israel from the Bible, with each tribe equated to a modern-day ethnic group or country, as pictured on the church

His posts included at least one reference to Black Hebrew Israelite philosophy – a list of the 12 Tribes of Israel from the Bible, with each tribe equated to a modern-day ethnic group or country.

‘America has NOTHING for us but DEATH,’ a caption on one of his posts read. The account went dormant a few years ago.

The deadly shooting rampage at a New Jersey kosher market has cast a spotlight on a fringe movement known for its anti-Semitic strain of street preaching and its role in a viral-video confrontation at the Lincoln Memorial this year.

‘But we have not definitively established any formal links to that organization or to any other group,’ New Jersey Attorney General Gurbir Grewal said Thursday. ‘Based on the available evidence, we believe that the two shooters were acting on their own.’

Grewal, the attorney general, said authorities are investigating the shootings as ‘potential acts of domestic terrorism, fueled both by anti-Semitism and anti-law enforcement beliefs.’

Not all sects of the movement spew hateful rhetoric, but many Black Hebrew Israelites subscribe to an extreme set of anti-Semitic beliefs.

Those followers view themselves as the true ‘chosen people’ and believe that blacks, Hispanics and Native Americans are the true descendants of the 12 Tribes of Israel, said Oren Segal, director of the Anti-Defamation League’s Center on Extremism.

‘They view white people as agents of Satan,’ Segal said. They believe ‘Jews are liars and false worshippers of God. They view blacks as the true Israelites, and not the impostor Jews.’ 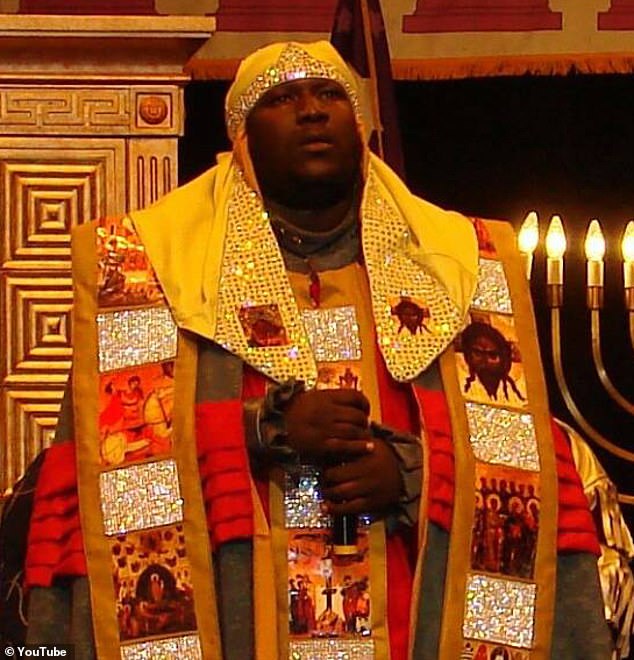 Most who encounter the movement’s followers have seen them proselytizing and provoking arguments with passersby in places like Times Square in New York.

Last January, videos of a confrontation at the Lincoln Memorial in Washington probably introduced many people to the movement.

A group of black street preachers who referred to themselves as Black Hebrew Israelites shouted insults at Native Americans and Catholic high school students from Kentucky who had participated in an anti-abortion rally in Washington.

Videos of a face-to-face encounter between a Native American activist and a student wearing a red ‘Make America Great Again’ hat quickly spread on social media.

J.J. MacNab, a fellow at George Washington University’s Program on Extremism, said the Black Hebrew Israelites have used Facebook and YouTube to spread their message and attract new followers.

Prisons also have been fertile recruiting grounds for the sects, some of which have thousands of members, according to MacNab.

‘Once you go online, you find a bigger world. They take pride in confronting Jewish people everywhere and explaining that they are evil, that they are heathens,’ MacNab said.

MacNab said the Black Hebrew Israelites also include elements of the anti-government ‘sovereign citizen’ movement, which has been linked to deadly attacks on law enforcement officers.

‘There is no purity test,’ she said. ‘When you’re generally radicalizing online, you’re going to pick up bits and pieces from all over the place.’

Israel United in Christ, a Black Hebrew Israelite group with more than 40 U.S. locations and a large social media following, condemned the attacks.

The group said it does not ‘condone nor teach this type of behavior’.