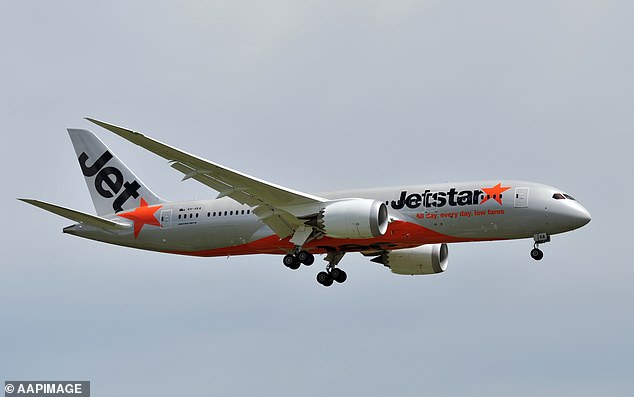 Jetstar is desperately working to get its planes back in the air after engineering issues forced the company to ground almost half of its fleet, leaving thousands of Australians stranded overseas.

The budget airline confirmed that, by the end of Tuesday, four of its 11 long haul Boeing 787 Dreamliners would be grounded to undergo emergency repairs.

One plane will return to service later this week with two more 787s to take to the skies next week, leaving only one plane out of operation.

A Jetstar spokesperson told Daily Mail Australia the fleet had been impacted by ‘a number of issues’, including a lightning strike, a collision with a bird, damage from an item on the runway and issues sourcing a part from the US.

‘The team is working hard to return these aircraft to service as quickly as possible however, safety remains our first priority,’ they said.

It’s understood more than 4,000 passengers have spent extra time in Bali after seeing their return flights with Jetstar either cancelled or delayed.

Some of those passengers were forced to wait up to five days to be put on another flight while others paid thousands of dollars to travel home with a different airline.

One woman from Melbourne, Meagan Mulder, said she, her husband and their two kids had a seven-hour delay in getting home, but the situation was much worse for the friends they’d travelled with around the Indonesian country.

‘We had 12 friends who were on the midnight flight (on Sunday) night, they had their flight cancelled, they can’t get another flight anywhere for seven people until Friday this week, so they’ve had to get more accommodation and everything,’ she told NCA Newswire. 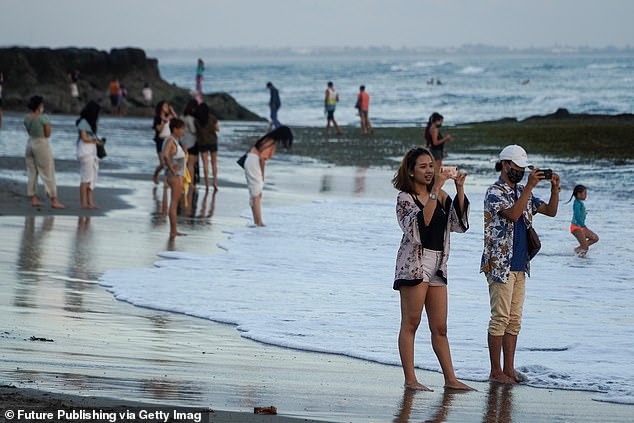 It’s understood there were 4,000 passengers in Bali who had their return flights with Jetstar cancelled or delayed

Other friends she knew ended up spending $10,000 to fly via Kuala Lumpur with another airline.

Similar issues have been seen in Thailand with one woman from Brisbane due to fly home with her husband and two kids from Phuket on Saturday night only to find out their flight had been cancelled.

The family was told the next available flight was on September 12 – nine days after their original return trip, the Sydney Morning Herald reported.

For those stranded overseas, passengers will be given $150 per hotel room by Jetstar and $30 per person for food.

‘Our teams are working hard to get passengers on their way as soon as possible – we are putting on five special services to bring people home and booking seats on Qantas flights also,’ a Jetstar spokesperson said.

Flight credits or refunds have also been offered.