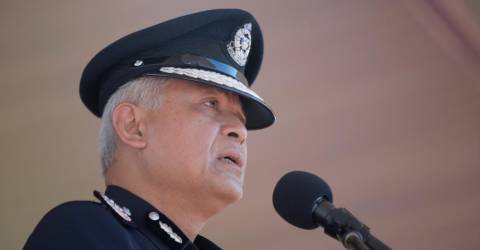 He said the Royal Malaysia Police had applied for the Red Notice on them but the names of Jho Low and Nicky Liow were still not included in the list of wanted individuals.

Acryl Sani said this when asked to comment on developments regarding Jho Low and Nicky Liow during a press conference after visiting the 100-day Malaysian Family Aspirations exhibition at the Kuala Lumpur Convention Centre (KLCC), here, today.

Last November, it was reported that the Home Ministry admitted that it had no information on Jho Low’s whereabouts.

Jho Low is on the run following the 1Malaysia Development Berhad scandal while Winner Dynasty Group founder Nicky Liow is wanted in connection with a Macau Scam syndicate.