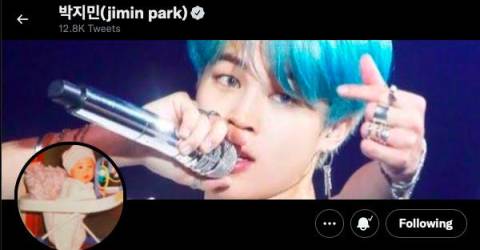 ARMYS who went to check out BTS’ Twitter account on Friday, which was also April Fool’s Day, got a little bit of a surprise.

The account’s profile picture, header, name, and bio were all changed to make it look like it was BTS member Jimin’s own personal account.

It appeared as though the mischievous singer had “hacked” the official account to make it his very own, down to changing the profile image to a photo of himself as a baby!

The humour wasn’t just limited to Twitter. While Jimin rarely posts on Instagram, he decided to have some fun on the photo-sharing app, too, with his own account. He changed his bio there to declare himself the “father of BTS!”

He later joked in a tweet that he wasn’t sure how to change the new Twitter profile back to the old one, leaving fans to speculate that he may have to wait until one of the other members noticed and helped him change it.