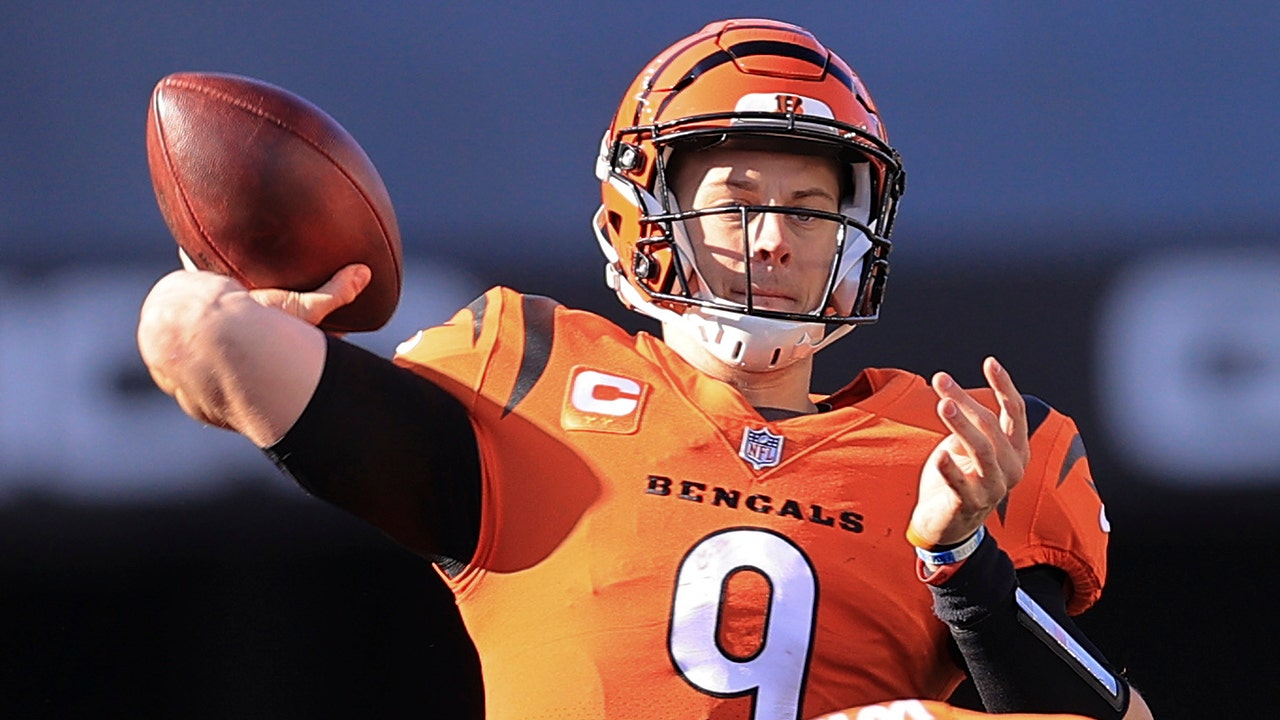 Joe Burrow led the Cincinnati Bengals to the team’s second win over the Pittsburgh Steelers this season, and he made clear he and the team have bigger goals than just knocking down a divisional rival.

The Bengals moved to 7-4 with the win. He was asked after the game if there was any significance about beating the Steelers twice in a season.

Cincinnati Bengals quarterback Joe Burrow celebrates after scoring a touchdown against the Pittsburgh Steelers during the first half of an NFL football game, Sunday, Nov. 28, 2021, in Cincinnati.
(AP Photo/Jeff Dean)

“We’re 2-0 against them. We have higher aspirations than beating the Steelers right now,” Burrow said.

The Bengals won the game 41-10. Burrow was 20-for-24 with 190 passing yards, a touchdown, a rushing touchdown and an interception. He was only sacked twice and gave some insight as to how the offensive was able to keep some of the Steelers’ fearsome pass rushers at bay.

“Our preparation all week, and the last two weeks, has been great. I knew exactly what I was seeing. Zac [Taylor] called a great game, put me in good positions to just make completions. Our guys were getting open when they got chances against one-on-one coverage,” Burrow said.

Cincinnati Bengals quarterback Joe Burrow looks to pass against the Pittsburgh Steelers during the first half of an NFL football game, Sunday, Nov. 28, 2021, in Cincinnati.
(AP Photo/Aaron Doster)

“It starts with the run game. When you run the ball for one hundred and ninety-something yards, they’re going to be focused on that. So when you drop back there is going to be a lot of zones back there.”

Joe Mixon gave the team 165 yards on the ground on 28 carries with two rushing touchdowns.

“He’s a big burst of energy for us as a team and as an offense. He brings the energy every single day in practice. I think that’s just who he is, he’s an energy kind of guy,” Burrow added.

If the season ended today, the Bengals would be the No. 5 seed in the AFC playoffs.