Former Commons speaker John Bercow may have been paid as much as £60,000 to appear on Sky News’s election night show – watched by only 45,700 viewers.

Mr Bercow was hired as lead pundit by Sky bosses who hoped he would give their viewing figures a boost but the audience stayed away.

A source at the channel said: ‘His huge payment is the talk of Sky News. Nobody could believe it. That said, he was on through the night and, of course, has tremendous insight.’

Mr Bercow, who has been accused of siding with Remainers, was mocked on social media when he appeared on the verge of tears when exit polls predicted a major Tory victory.

He then clashed with Brexit Party leader Nigel Farage.

After stepping down as Speaker in October, Mr Bercow signed up to after-dinner speaking agency JLA.

He is in the ‘AA’ category of clients who command fees of £25,000 per appearance. 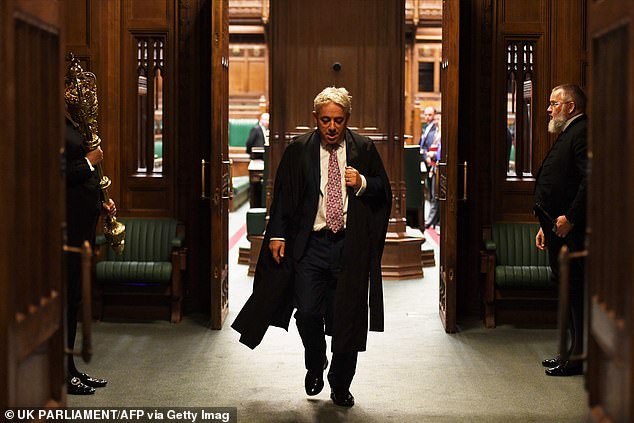 The Commons Speaker finally steps down last month after 10 years in the chair. Mr Bercow has since signed up to after-dinner speaking agency JLA