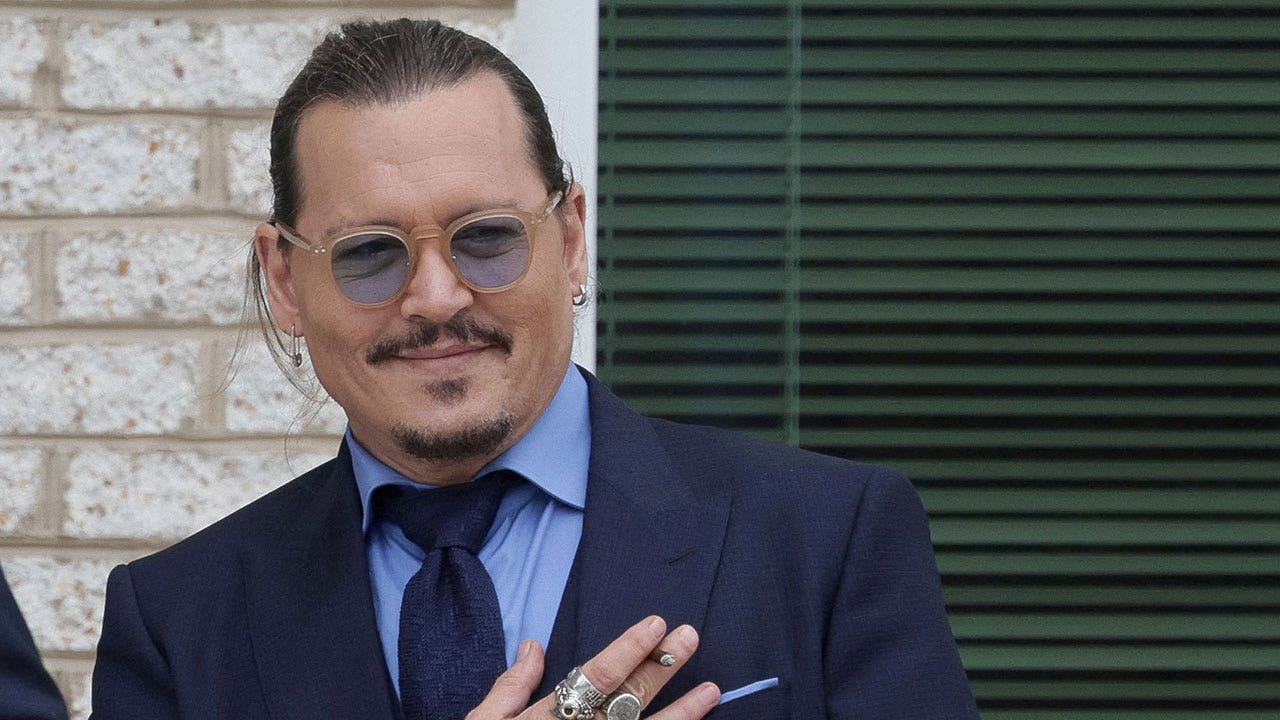 Actor Johnny Depp amassed more than 4 million followers on TikTok as of Tuesday morning after opening an account on the social media platform.

Depp, 58, posted a single video to TikTok dedicated to his fans at around 11 a.m. EST, garnering more than 2 million views in the two hours after it was posted. The video was also posted to his Facebook and Instagram accounts.

The video featured various clips of fans cheering him on during his defamation trial against ex-wife and actress Amber Heard. Depp included shots of him in his car to and from the courthouse as well clips from various of his U.K. musical performances.

The video also included a lengthy caption in which he thanked his fans for their support. Depp never mentioned the trial directly in the caption.

“To all of my most treasured, loyal and unwavering supporters. We’ve been everywhere together, we have seen everything together. We have walked the same road together. We did the right thing together, all because you cared,” he wrote in the post. “And now, we will all move forward together. You are, as always, my employers and once again I am whittled down to no way to say thank you, other than just by saying thank you. So, thank you. My love & respect, JD.”

Heard’s spokesperson came out in response to the video, stating, “As Johnny Depp says he’s ‘moving forward.’ Women’s rights are moving backward. The verdict’s message to victims of domestic violence is… Be afraid to stand up and speak out.”

Depp also went to social media following his case win last week as he reacted to the jury verdict.

“From the very beginning, the goal of bringing this case was to reveal the truth, regardless of the outcome. Speaking the truth was something that I owed to my children and to all those who have remained steadfast in their support of me. I feel at peace knowing I have finally accomplished that. I am, and have been, overwhelmed by the outpouring of love and the colossal support and kindness from around the world,” Depp wrote in his statement posted on Facebook and Instagram.

Actor Johnny Depp smiles at fans following a break on the final day of his defamation trial against Amber Heard in Fairfax, Virginia, U.S., May 27, 2022.
(REUTERS/Evelyn Hockstein/File Photo)

Depp had sued Heard for $50 million following a 2018 op-ed Heard wrote for the Washington Post that alleged she was a victim of domestic abuse. Heard proceeded to countersue Depp for $100 million, alleging Depp and his former attorney tried to “destroy and defame” her.

The nearly six-week trial wrapped on June 1 after the jury deliberated for almost 13 hours. Depp was awarded $10 million in compensatory damages and $5 million in punitive damages, with presiding Judge Penney Azcarate ultimately reducing the actor’s punitive damage award to $350,000 per Virginia law. Heard was awarded $2 million in compensatory damages after the jury found she was also defamed when Depp’s lawyer, Adam Waldman, stated she had staged an alleged assault.

Amber Heard’s spokesperson came out in response to the video.
(Getty Images)

Neither Heard nor Depp have gone to social media to announce any upcoming projects. Heard is expected to appear in “Aquaman 2,” set to be released in 2023. Depp was most recently in the U.K. joining English guitarist Jeff Beck for the remainder of his tour.

Haley Chi-Sing is a Fox News Digital production assistant. You can reach her at @haleychising on Twitter.