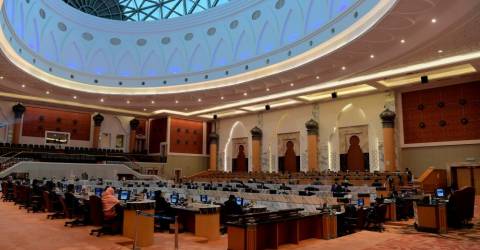 Earlier, Menteri Besar Datuk Hasni Mohammad said the state government had sought an explanation from the federal government on the matter and through the feedback from the Implementation Coordination Unit (ICU) of the Prime Minister’s Department, the term assemblymen in the JTPD was referring to assemblymen from the government bloc.

“The feedback from ICU through a letter dated Nov 18, 2021, stated that for the time being, the position of members of parliament (MPs) and state assemblymen in the State Development Action Council (MPTNg) and JTPD is as per Directive No.1 2020.

“Through the directive, the National Development Implementation Coordination Mechanism refers to MPs and state assemblymen representing the government,” he said when winding up the Johor Budget 2022 on the last day of the Fourth Meeting of the 14th Johor State Legislative Assembly here today.

However, Hasni said the state government was pleased to invite all Pakatan Harapan assemblymen as observers in the JTPD meeting, which meant that they would be invited to attend every meeting.

“Opposition assemblymen can also submit proposals to the JTPD chairman for their respective districts. Unfortunately, the opposition rejected the offer.

“Therefore, the state government has no other choice and will fully adopt the Directive No.1 2020,” he said.

Hasni, when tabling the state Budget 2022 on Nov 18, said all 56 Johor assemblymen, including those from the opposition, would receive a fixed allocation of RM200,000 a year.

Apart from that, he said the state government also agreed to invite opposition assemblymen to participate in the JTPD meetings as observers. — Bernama