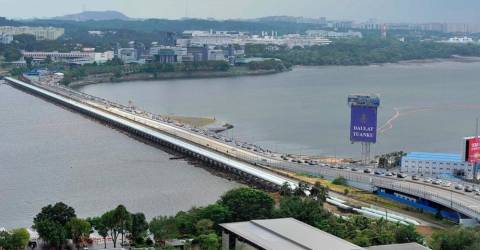 JOHOR BARU: Johor aims to attract investments from four nations namely Japan, South Korea, the US, and the UK in the second half of the year.

“To date, active discussions were held with the US and UK for medical equipment and data centres, while with South Korea and Japan (discussions centred on) the chemical and petrochemical sectors.

“We are working on it for the second half of the year, however, the investment estimate cannot be determined as the total investments will be announced when the final (investment) decisions are completed,” he said in a media briefing after launching the Standards and Industrial Research Institute of Malaysia engagement programme with industries in Johor today.

Lee said this in response to a question on Johor’s total investment target by the end of this year after the state registered a record high investment of RM60.9 billion from January to June this year.

According to Lee, China was the biggest contributor to Johor’s investment for the six months to June this year, with an estimated investment of RM40 billion that includes the data centre sector, followed by Singapore with an investment of RM4 billion for the medical equipment and petrochemical sectors.

“For the first six months, China contributed 60% of overall investments, followed by Singapore and South Korea involving the chemical and food processing sectors,” he said.

Lee said the state government is optimistic about achieving a higher level of investments this year.