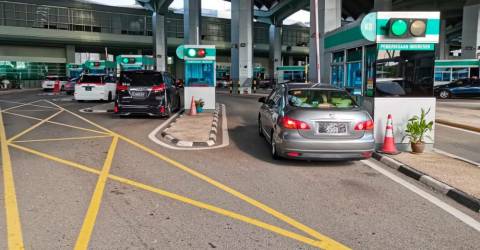 ISKANDAR PUTERI: The Johor Immigration Department has been put on alert to conduct a thorough inspection on travellers entering the country border, following reports of a case of monkeypox in Singapore.

State Health and Unity Committee chairman Ling Tian Soon said every Immigration officer had also been given a letter of notification to conduct inspections especially on individuals with symptoms.

“…in Singapore, there is an imported case of monkeypox, we are ready and have issued an alert letter to all Immigration officers, especially at the border.

“They (as frontliners) will be the main filter at our entrance, if anyone entering Malaysia has symptoms, Immigration must immediately report to the Health Department,“ he told reporters outside the State Legislative Assembly sitting here today.

On June 20, Singapore confirmed an imported case of monkeypox in the republic involving a 42-year-old British man who is a flight attendant.

Meanwhile, Ling said the health status of travellers will also be monitored by the Ministry of Health (MOH) through the MySejahtera application.

“If (during immigration check) travellers or those from abroad have no symptoms, we will ask them to open MySejahtera and answer questions and report their health condition in the next 14 days,“ he added.

He said the state health department will also coordinate closely with the Singapore Ministry of Health to obtain more information. – Bernama