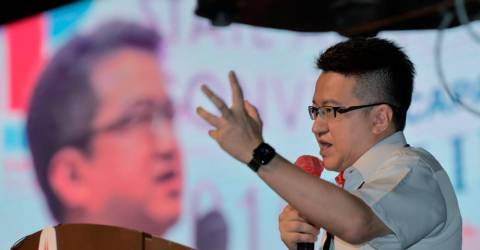 JOHOR BAHRU: All Pakatan Harapan (PH) and Parti Ikatan Demokratik Malaysia (MUDA) state assemblymen in Johor have expressed their support for the state government’s efforts in reviewing its Friday and Saturday rest days.

Perling assemblyman who is also the Johor State Legislative Assembly Opposition Leader, Liew Chin Tong (pix) said he hoped the move to set the state’s weekend to Saturday and Sunday could reconcile the different rest days between public and private sector employees and allow them to spend more time with their families.

He said he hoped the bipartisan support could help the state government in creating a better economic ecosystem, especially to attract investment as well as give a positive impact in efforts to revive the Johor economy in its transition into endemicity.

“This will add value towards a more balanced life for the Johor people and can have a positive impact on the efficiency and productivity of workers,“ he said in a statement today.

The Johor state weekend effective January 1, 2014, was moved to Friday and Saturday following a decree of the Sultan of Johor, Sultan Ibrahim Almarhum Sultan Iskandar. — Bernama