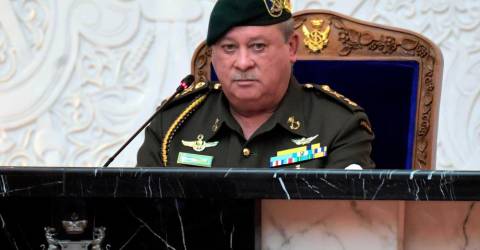 PETALING JAYA: Sultan of Johor Sultan Ibrahim Sultan Iskandar said the state seems to have been side-lined by the federal government despite being one of the biggest contributors to Malaysia’s economy, NST reports.

He reportedly said he is disappointed by the condition of federal buildings in Johor like Sultanah Aminah Hospital, Sultan Ismail Hospital and the Sultan Iskandar Customs, Immigration and Quarantine Complex, which have not been properly maintained.

“I urge the federal government to fulfil the promise to upgrade the North-South Expressway to six lanes and the Senai Desaru Expressway to four lanes.

“Look at the condition of federal roads like Jalan Johor Baru-Mersing, which is damaged and full of potholes. This could endanger road users.

“I feel as if Johor has been sidelined despite being a major contributor to the economy.

“Do not make the people of Johor demand that the state secede from Malaysia because maybe, Johor will be more developed if it is on its own,“ the ruler was quoted saying in his address at the opening of the First Session of the 15th State Assembly here today.

Sultan Ibrahim also touched on Johor’s rights under the Federation of Malaya Agreement signed in 1948 and 1957, stressing that if any one of those terms is breached, Johor has the right to secede.