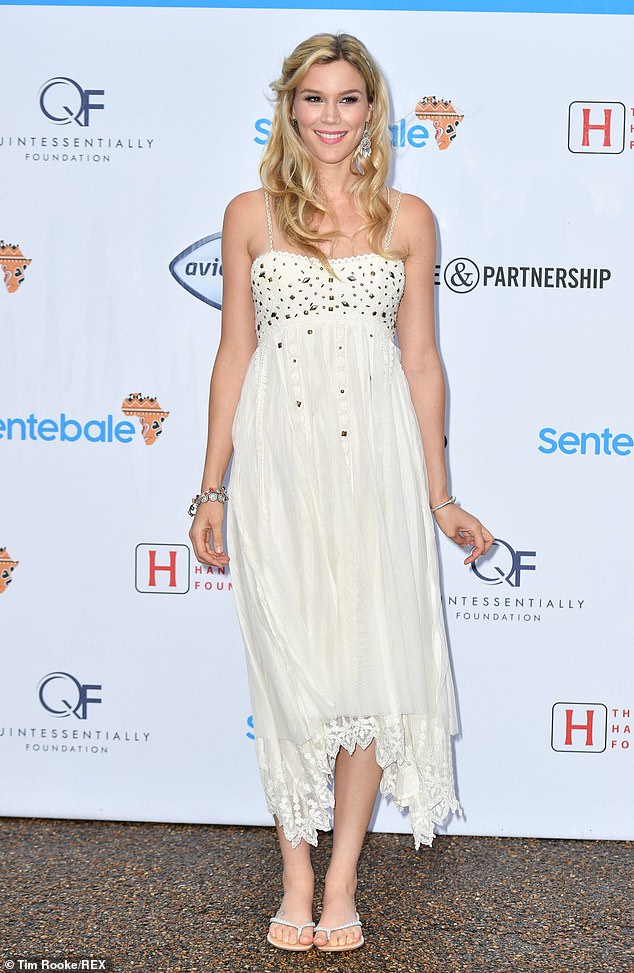 She recently announced she is expecting a baby with her American musician boyfriend, Cody.

And Joss Stone has revealed that she once met the Queen while stood barefoot in horse manure.

The singer, 33, said that after performing during the Diamond Jubilee celebrations in 2012, she rushed to join the line-up to meet the monarch.

Open: Joss Stone, 33, has revealed that she once met the Queen while stood barefoot in horse manure (pictured in 2016)

The Right To Be Wrong hitmaker who famously appears on stage without shoes, had to dash through ‘piles and piles’ of manure left by horses who had taken part in the event.

As a result, she curtseyed to the Queen ‘with my feet literally in horse ****’, praying that she didn’t notice.

Thankfully, the singer concluded: ‘And I just do this cute little curtsey and nothing was said. No hello, nothing. She just moved on.’ 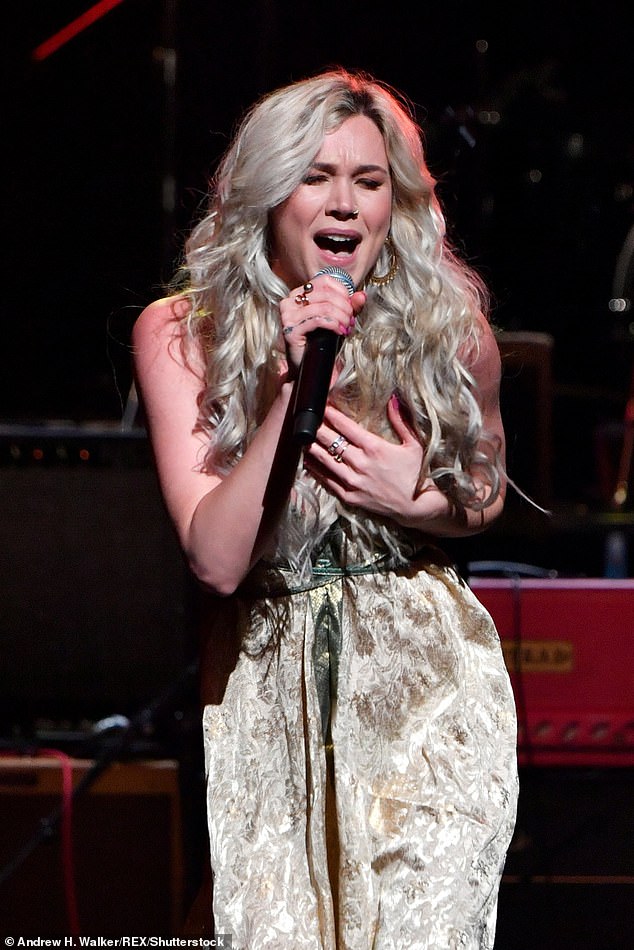 Sweet: The singer, 33, said that after performing during the Diamond Jubilee celebrations in 2012, she rushed to join the line-up to meet the monarch (pictured in March 2020)

Joss, who was born in Kent, made the revelation on her A Cuppa Happy podcast, to her guest, Boy George.

The Culture Club singer, 59, joked: ‘That’s the best opening line to a pop song I’ve heard in years, “I ran through horse **** to meet the Queen”.’

Joss, who now lives in America, revealed last week that she is pregnant with her first child with musician boyfriend Cody – but is ‘terrified’ at the prospect of giving birth. 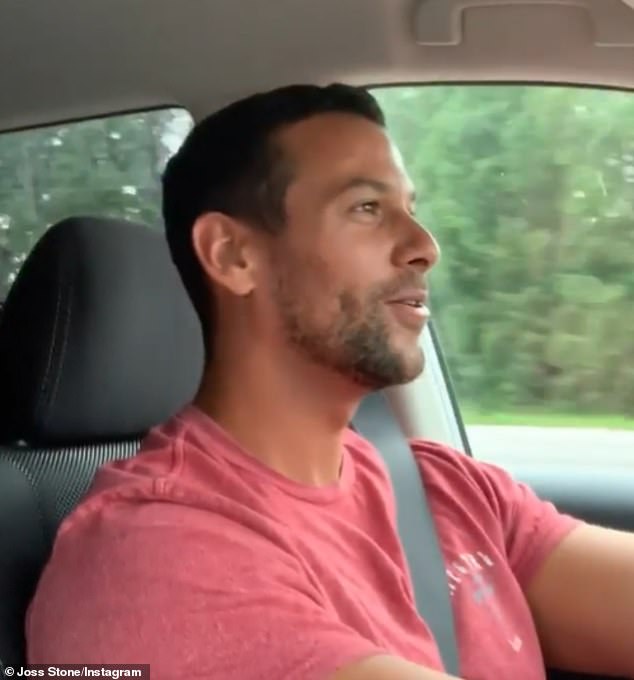 Dad: The songstress, 33, is expecting a baby with her American musician boyfriend, Cody [pictured in a recent Instragram video Joss uploaded]

Speaking on her A Cuppa Happy podcast, she made the announcement and admitted the idea of giving birth ‘terrifies’ her.

Joss said: ‘Guess what? I am going to have a little baby! I am so excited to talk to you [Ella Mills] because I don’t know many pregnant women. I am week 17 and I just stopped being sick all the time.’

Of her labour fears, she said: ‘My boyfriend kept saying to me, “Pain is temporary”. 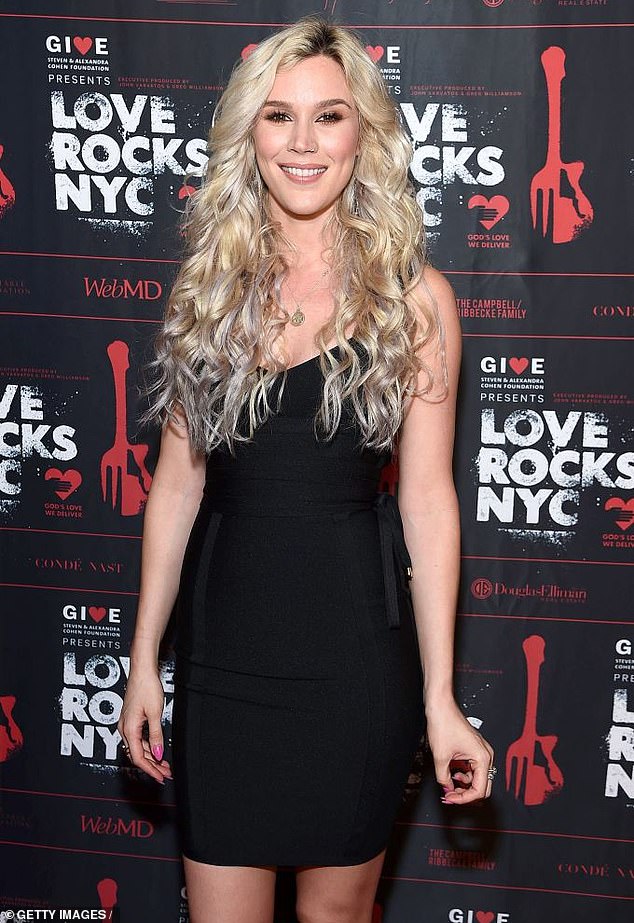 ‘Temporary, it is temporary! Oh my God it is horrible! Leave me alone! I am just going to cry!

‘I woke up in the middle of the night – randomly – and I was like: “Oh my god I am really scared!” I just got really terrified of having to push it out!’

The singer recently admitted she was close to resorting to an arranged marriage because she couldn’t find love.

The Super Duper Love songstress has previously dated men in the music industry but said before her current partner she ‘couldn’t find a man’.

Joss said she has been inspired by watching reality TV shows about matchmaking and says ‘when it goes well, it’s lovely and so romantic’.

The star added that she loved 90 Day Fiance which is ‘hilarious’ but awful’ as people can be on the show for the wrong reasons.

She said: ‘Sometimes they really are in love, and I always want it to work out. When it goes well, it’s lovely and so romantic. I love romance: I’ve also started watching Indian Matchmaker.

‘I considered arranged marriages before I met Cody, because I couldn’t find a man.’

It is unclear how long Joss and Cody have been dating. Information about their romance, and indeed, the man himself, is sparse. 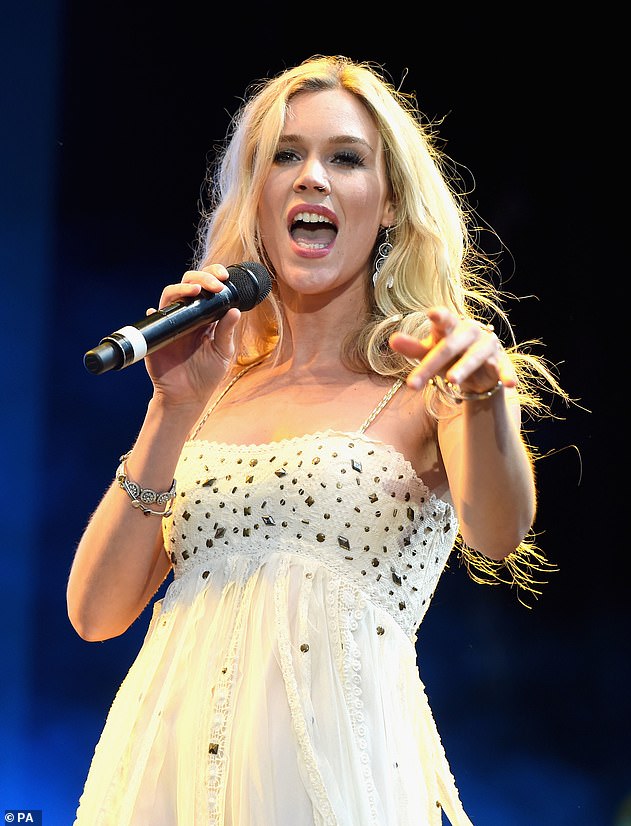