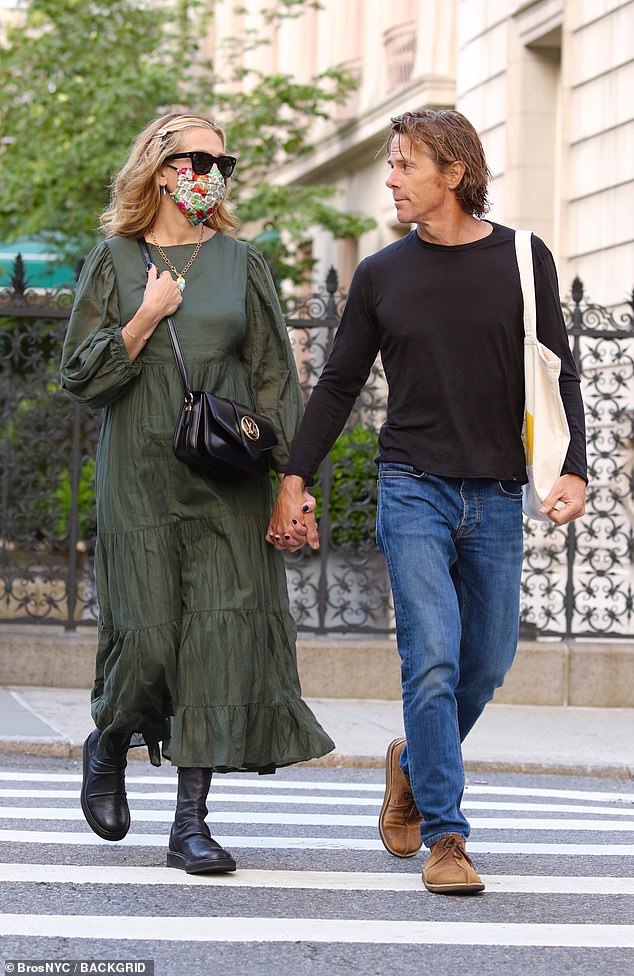 By Christine Rendon For Dailymail.com

They recently celebrated 19 years of marriage.

And Julia Roberts and her husband Danny Moder were the picture of marital bliss as they enjoyed a romantic, hand-held stroll through New York City on Monday.

The actress, 53, and her husband, 52, gazed tenderly at one another as they strolled across the street, hands intertwined.

The look of love! Julia Roberts and her husband Danny Moder proved they were going from strength to strength as they enjoyed a romantic, hand-held stroll through New York City on Monday

She further accessorized the look with a simple clip containing her flowing blonde waves and a pair of perennially stylish Wayfarer sunglasses concealing her brown eyes.

While Julia opted to cover her complexion, Danny put his dashing face on full show as he stepped out sans a mask. 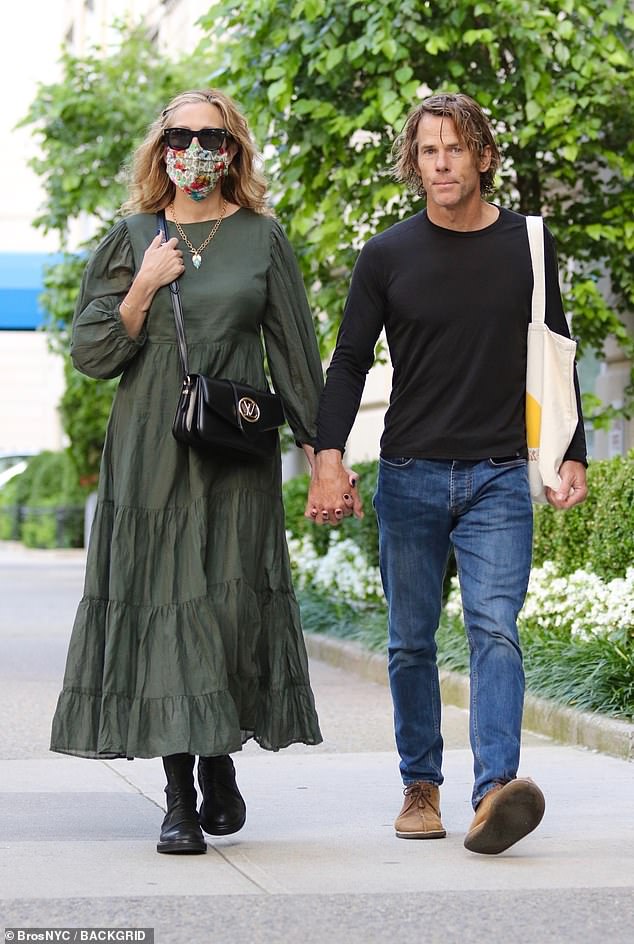 Going strong! Roberts and her husband of 19 years looked like a new couple as they sweetly interlocked hands

The star appeared to be rocking a head full of semi-wet hair.

He kept it casual yet smart with a black long-sleeve shirt, jeans, suede shoes, and a tote bag thrown over his shoulders.

Julia and Danny met in 2000 on the set of her film The Mexican and married two years later on her New Mexico ranch. 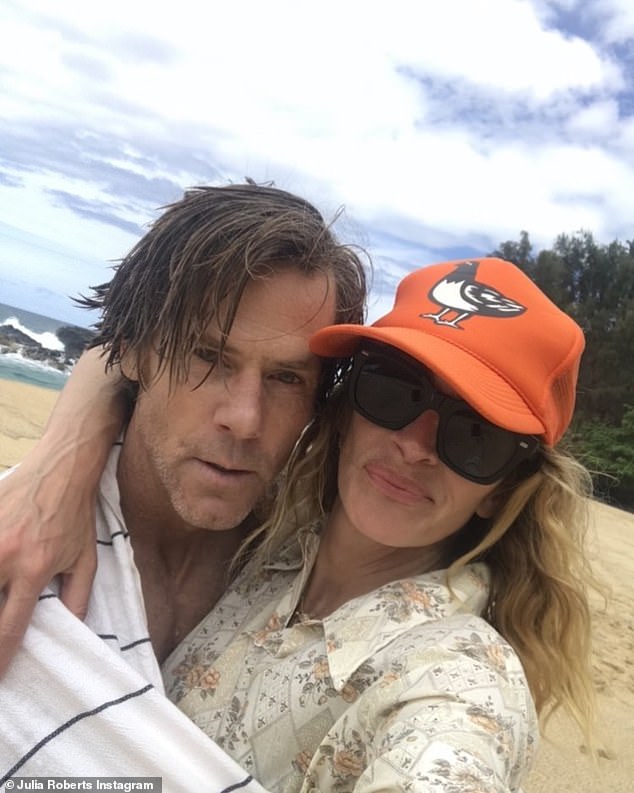 Soulmates: The couple posted this selfie as they celebrated 19 years of marriage last month

The couple, who share three children, have worked together on a number of films together since first meeting, including 2003’s Mona Lisa Smile, and the 2008 film Fireflies In The Garden.

Daniel was also cinematographer on the set of Secret In Their Eyes, a 2015 thriller which costarred Julia along with Nicole Kidman and Chiwetel Ejiofor.

Both Danny and Julia took to their respective Instagram accounts on July 4th of this year, to mark their 19th wedding anniversary.

Moder’s post was slightly more reflective, writing in the caption: ‘Today we start our 20th year of marriage. This photo was on a dusty road before that big idea … just holding on to this beautiful girl one day at a time. One epic day at a time.’ 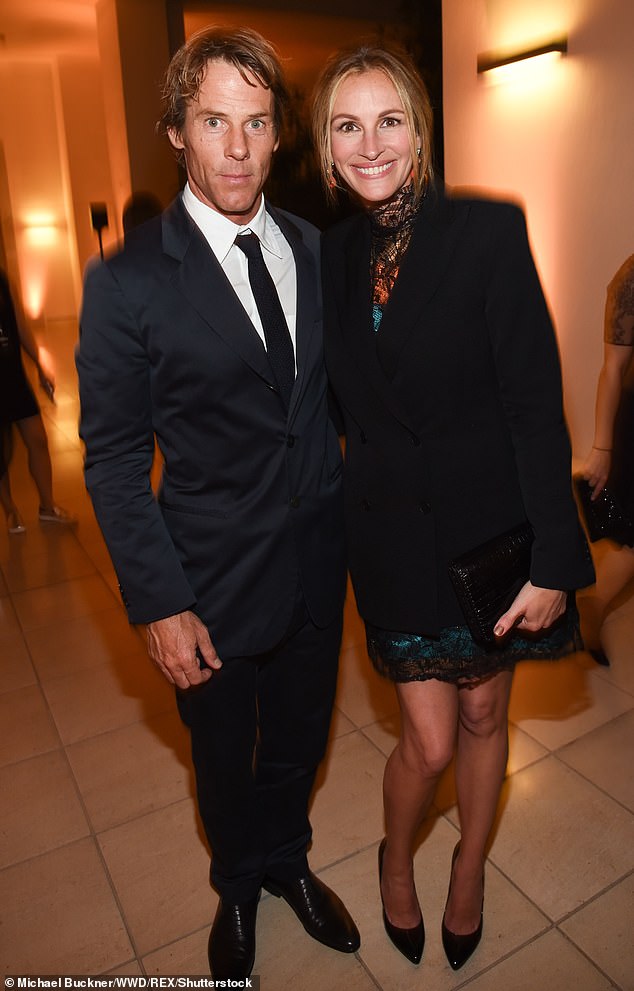 Teamwork: The couple, who share three children, have worked together on a number of films together since first meeting, including 2003’s Mona Lisa Smile, and the 2008 film Fireflies In The Garden