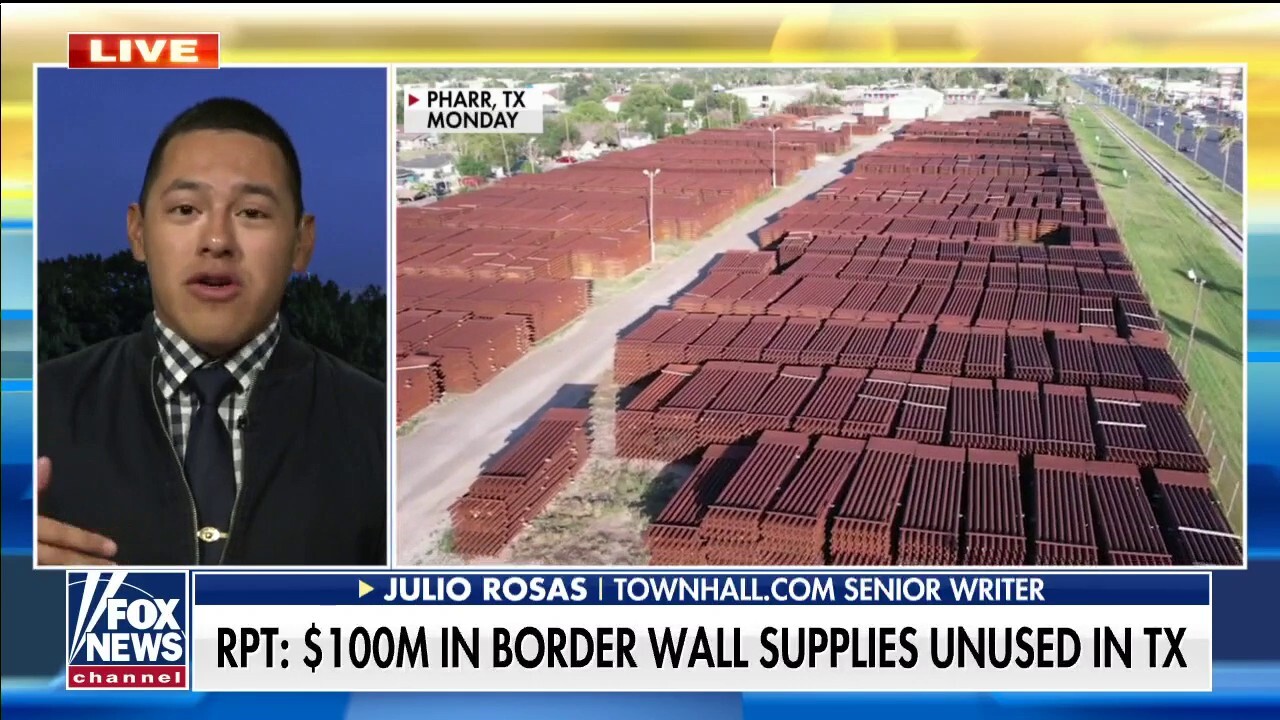 JULIO ROSAS: That’s just the typical example of D.C. politics getting in the way and it’s not even just the wall materials that are not being utilized right now, but, alongside the Rio Grande Valley sector and Tucson sector that I was most recently at, there are parts of the border wall that have the lights that were built so that Border Patrol has an easier time of seeing anyone at night if anyone is attempting to cross. But because they weren’t plugged in prior to President Biden ordering a halt, they’re just useless now, they are decorations at this point … if you’re not going to build the wall, can you at least build the technology or finish plugging in the lights? Because that order was just so wide-sweeping, even something as simple as plugging in lights is not allowed by the administration.

And, on top of that, we’re still paying the contractors because the contracts were already signed, but we’re paying them to not continue the work. So as a result, and as what I’ve seen personally in my time down there, we see people having a much easier time going in through the gaps in the border wall system because there is obviously no barrier preventing them from illegally entering the country.