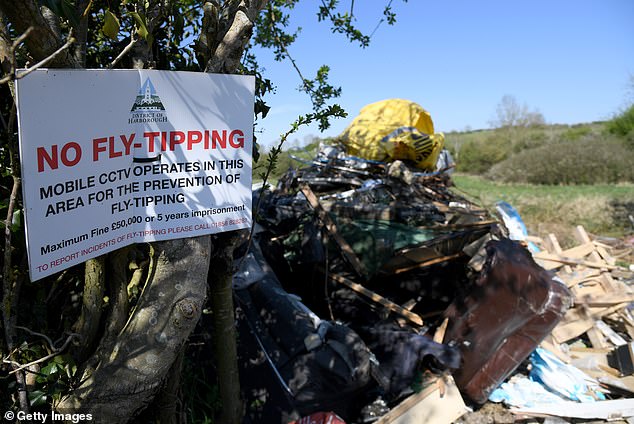 Just one in 400 fly-tipping offences have been prosecuted in the past decade, government figures show

By Natasha Livingstone For The Mail On Sunday

Fly-tipping has been practically decriminalised across Britain, with fewer than one in 400 offences being prosecuted in the past decade.

Analysis of Government figures by campaigners Clean Up Britain shows that just 0.23 per cent of fly-tippers were prosecuted between 2012 and 2021, with 95 per cent of offenders fined less than £1,000.

Yet taxpayers spent an eye-watering £483 million clearing up fly-tips between 2007 and 2017 – the most recent years for which figures are available.

Clean Up Britain founder John Read said: ‘These figures show that fly-tipping is out of control and in a state of virtual unpunished anarchy.

There is no meaningful enforcement taking place by councils and the courts are being far too lenient with fly-tippers who have “priced in” these derisory fines as part of their cost of doing business.’

Fly-tipping has been practically decriminalised across Britain, with fewer than one in 400 offences being prosecuted in the past decade

The illegal dumping of rubbish is a criminal offence that carries a fine of up to £50,000.

However, it is rare for offenders to be charged the full amount.

Clean Up Britain is calling on the Government to issue guidance that fly-tippers should face a minimum mandatory fine of £10,000, with repeat offenders and organisers of mass fly-tips facing £50,000 fines.

They want vehicles belonging to fly-tippers to be crushed and litter louts to receive community sentences to clean up their own – and other – fly-tips.

‘Britain’s landscape is being trashed and the Government just doesn’t seem to care,’ said Mr Read. 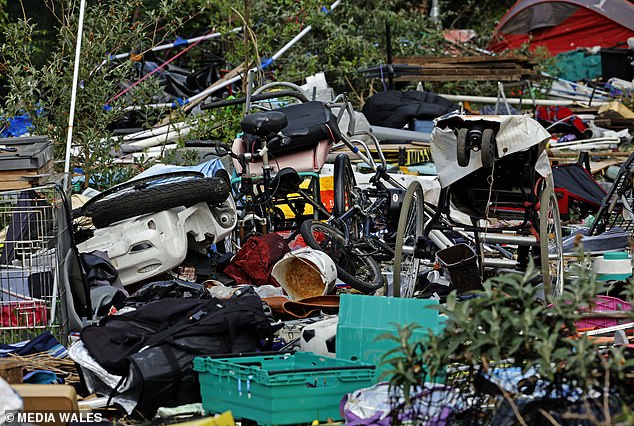 More than one million fly-tips were recorded last year by the Department for Environment, Food and Rural Affairs (Defra).

Research by the environment group Unchecked UK found that London had the highest number of fly-tips last year, followed by the North East, North West and Yorkshire and the Humber.

Leicestershire farmer Will Oliver, 33, told The Mail on Sunday he had spent £4,000 building gates around his fields to stop fly-tippers dumping caravans, building waste and rubbish from cannabis farms. But his efforts were wasted.

‘Nearly all our gateways are either bent or smashed, so now we block the fields with big tyres or concrete blocks – but it doesn’t look nice and spoils the countryside’s beauty,’ he said.

A Defra spokesman said: ‘We have already given local authorities a range of powers to tackle fly-tipping, and our new waste reforms will go even further.’

Government reforms aim to introduce mandatory waste tracking that will mean waste is tracked from the point it is produced so regulators can better detect illegal activity. The Government has also set up the Joint Unit for Waste Crime to disrupt serious and organised crime in the sphere.