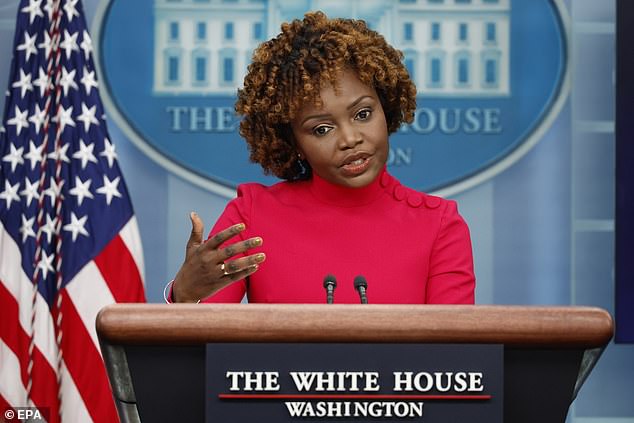 In her first press briefing of the new year, Jean-Pierre got asked about House Republican oversight, which is set to kick into high gear once Republicans are able to unify around a candidate for speaker, something they failed to do on tense floor votes Tuesday.

Republicans claim to have evidence of Biden’s involvement in family business deals, armed in part with information gleaned from Hunter Biden’s infamous laptop.

‘House Republicans promised that fighting inflation during the midterms was going to be their number one priority. That’s what they said was important to them. … But instead, what they’re doing is wanting to do an investigation on the President and his family. They don’t want to focus on the American people in their family. They want to focus on political division,’ she said.

Asked specifically about the turmoil in the House GOP Conference, Jean-Pierre said the president didn’t want to ‘insert himself in that process.’

And she held up a trip Wednesday with Senate Minority Leader Mitch McConnell of Kentucky to McConnell’s home state. Biden has long called McConnell a friend, and they will highlight the Brent Spence Bridge, which is getting $1.6 billion in federal infrastructure funds.

‘Tomorrow we’re going to see a trip, an event that’s going to be done in a bipartisan way,’ she said.

She said the American people ‘want us to continue to build on policies like the president’s going to talk about tomorrow … If you think about infrastructure, it is connecting communities. And that’s what one that that is one of the vital things that we will see tomorrow,’ she said. 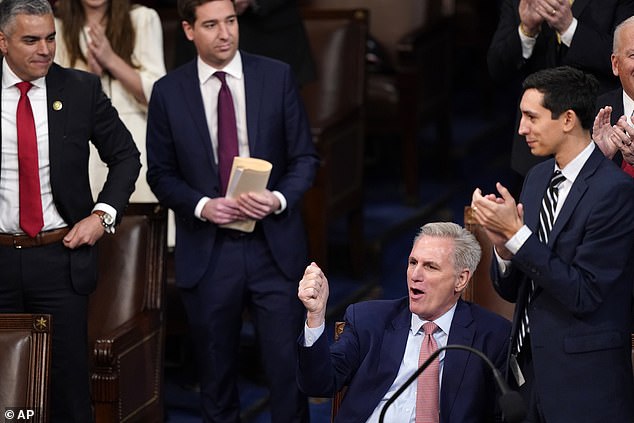 The White House press secretary spoke as Rep. Kevin McCarthy (R-Calif.) failed to secure enough votes to become the next Speaker of the House 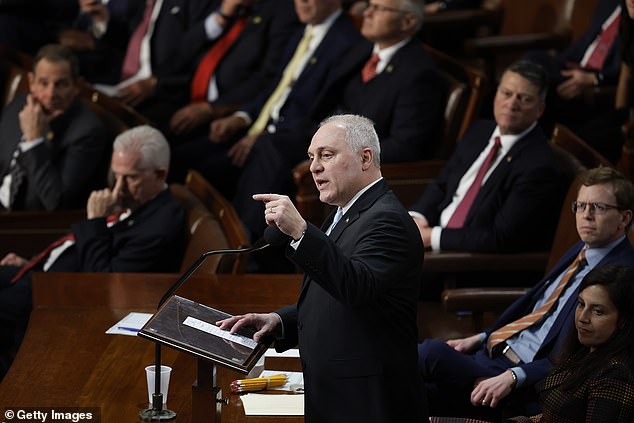 No comment from the White House on Rep. Steve Scalise (R-La.) as a possible candidate for House Speaker 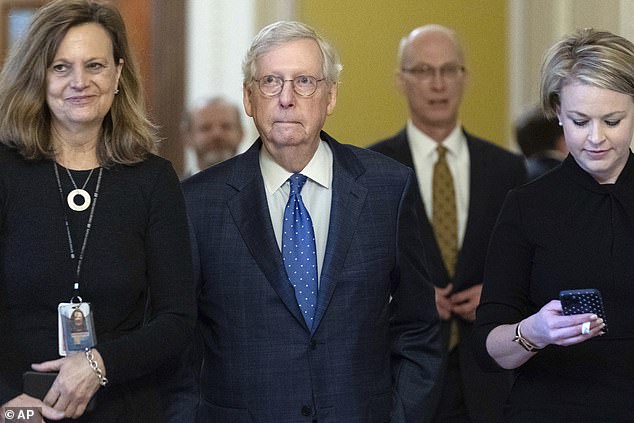 The White House is preparing to showcase Biden’s trip with Senate Minority Leader Mitch McConnell to Kentucky on Wednesday, Jan. 4, 2023 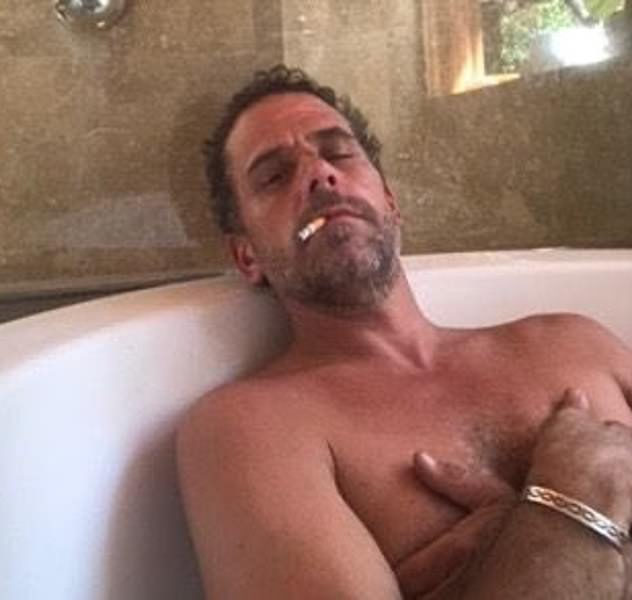 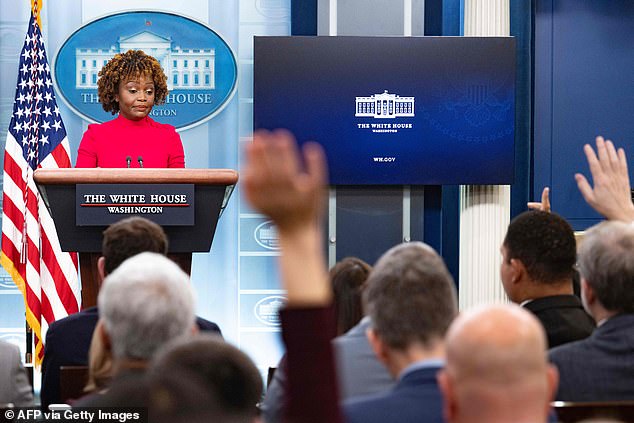 She declined efforts to get her to weigh in on Rep. Kevin McCarthy (R-Calif.), who failed on three ballots to reach the 218 votes he need to become the next speaker.

‘Not going to get involved,’ she said. She was also mum when asked about Rep. Steve Scalise (R-La.), a potential substitute candidate. Her briefing took place while political junkies had their eyes fixed on C-Span to watch the House floor, where 19 House conservatives voted for Ohio Rep. Jim Jordan instead of McCarthy.

Jordan had himself endorsed McCarthy and made a speech arguing for McCarthy’s election so that the GOP could take on big government and provide oversight of the Biden Administration.