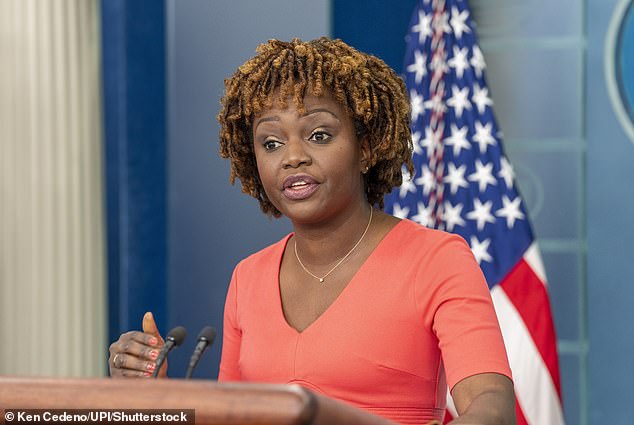 ‘One election will not change that’: Karine Jean-Pierre says Biden STILL believes democracy is ‘under threat’ despite the Democrats’ surprise midterms night

‘The president has been very clear that he still sees, that he believes our democracy is still under threat and that the American people have to defend it,’ she said at her daily press briefing.

‘One election will not change that. And so there’s still work to be done,’ she added.

Many candidates in the midterm election who questioned the 2020 presidential results lost their races but more than 100 won in House, Senate and gubernatorial contests across the country.

Several races have yet to be counted. So far there have been no lawsuits or accusations of vote fraud but several key states – including Arizona, Nevada and California – are still counting votes and may not be done until next week.

President Biden framed the 2022 election as a battle between democracy and autocracy.

‘It was a good day, I think, for democracy,’ he said Wednesday of the results.

‘Our democracy has been tested in recent years. But with their votes, the American people have spoken and proven once again that democracy is who we are.’

‘The states across the country saw record voter turnout. And the heart and soul of our democracy — the voters, the poll workers, the election officials — they did their job and they fulfilled their duty, and apparently without much interference at all — without any interference, it looks like. And that’s a testament, I think, to the American people.’

Biden’s Democrats did better than expected in the midterm election.

Republicans are still predicted to win the House but by a narrow margin instead of the red wave that many predicted. The Senate remains close.

Two days after Americans went to the polls, Republicans are within 12 House seats of the 218 needed to win.

The battle for the Senate could become clearer when Arizona and Nevada finish counting their votes. Right now, Republicans hold 49 seats and Democrats hold 48.

Democrats or Republicans could win control of the Senate by winning two of the remaining three outstanding races. 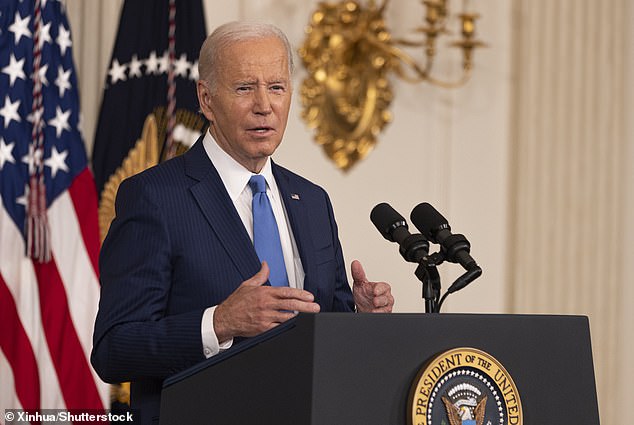 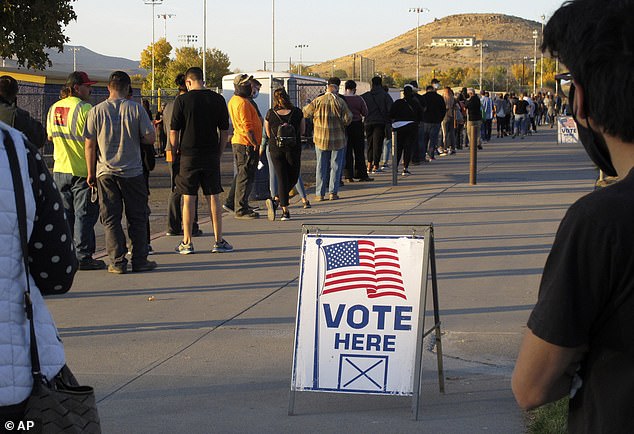 There were no immediate reports of intimidation at the polls as voters waited to vote, like they are doing above in Nevada on Tuesday

Additionally there were no immediate reports of intimidation at the polls, a fear among many Democrats given the volatile political climate.

Many candidates conceded their races once the results were clear.