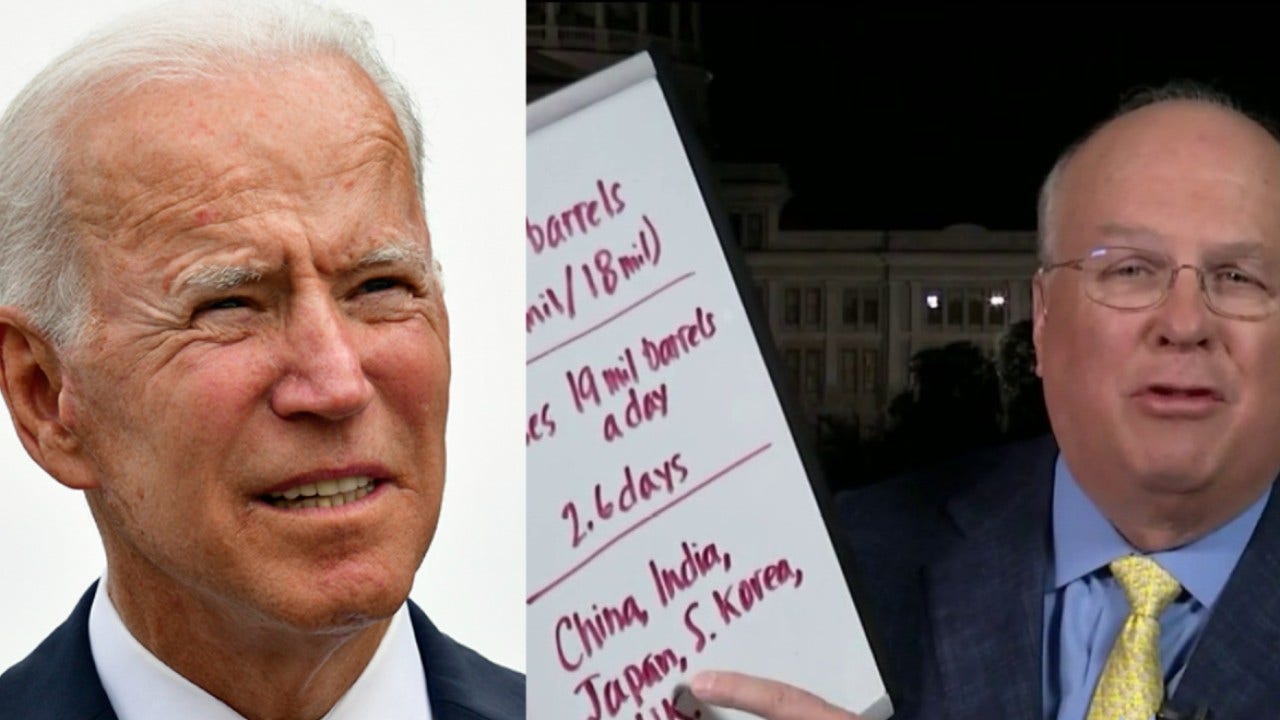 Fox News contributor Karl Rove commented Tuesday on the Biden White House announcement that the Department of Energy would release 50 million barrels of oil from the Strategic Petroleum Reserve in order to lower gas prices. When asked by host Sean Duffy on “Fox News Primetime” about whether President Joe Biden was “telling … the truth that the rising gas prices are not his fault,” Rove responded, “No. Baloney!”

Rove: The gas prices are up 61 percent since the time that [Biden] took office. Part of it is because of the overhang of the pandemic. But the other part of it is the anti-energy actions that this administration has taken; putting a halt on new leasing, taking ANWR off the table, … saying they’re going to have new taxes and regulations.

This whole thing is a kabuki – it is a fake action to try and look like they’re doing something about it.