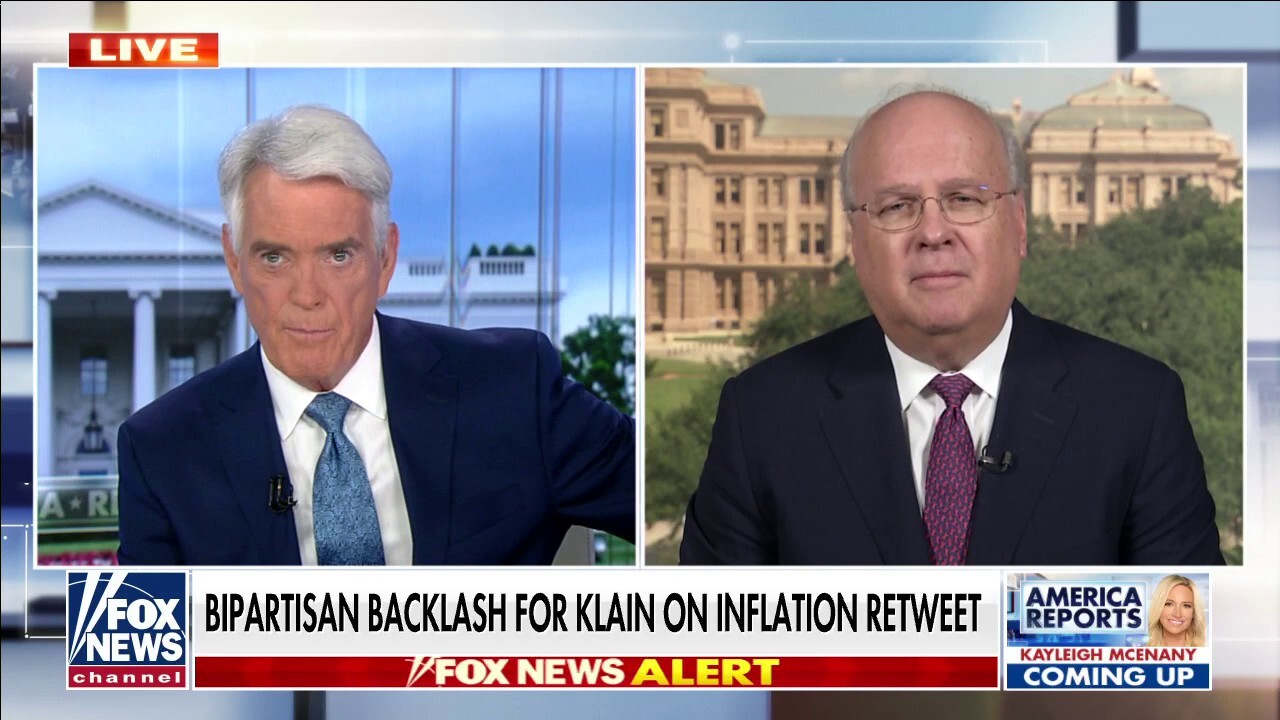 After bipartisan backlash against White House Chief of Staff Ronald Klain’s inflation tweet, Fox News contributor and former White House Deputy Chief of Staff Karl Rove told “America Reports” on Friday that Klain does not have any business tweeting considering the daily responsibilities of his job. Klain was criticized late Wednesday after he retweeted a post from a Harvard professor that summed up our top economic issues as “high-class problems.”

KARL ROVE: I think the right number of tweets from a chief of staff is zero. Look, I was in the White House for seven years as a senior advisor and deputy White House chief of staff for three years. I saw two very good men, Andy Card and Josh Bolten serve as chiefs of staff to the president of the United States and that is a demanding job.

That is a job that requires your full attention to the things at hand from the earliest moment in the morning to the latest moment at night and neither one of those men and no chief of staff that I’m aware of would have enough time to do 100 tweets in a year, let alone in a week.

Is that the responsibility of the chief of staff to be the tweeter in chief? I think that’s better left to the communicators. Ron Klain has a big job to do, every moment he spends trying to determine should I retweet that? Let me check my Twitter feed, is there anything interesting that has come across in the last hour that I ought to retweet? It is a waste of his time and a disservice to the man that he serves, generally whose office is about 10 feet away in the Oval Office.