Kate Middleton had the ultimate mum moment yesterday when a group of children turned down her choice of Christmas tree for something ‘bigger’, sending royal fans wild on social media.

In one adorable moment captured by Hello’s Royal Editor Emily Nash, the mother-of-three could be seen shepherding a group of children to choose a Christmas tree, and going from one-to-another asking: ‘Does anyone like this one?’

Royal fans were delighted by the clip and flooded social media with comments, with one writing: ‘Sounds like a true mum of multiple children.’

Kate Middleton, 37, was praised by royal fans for the ‘ultimate mum moment’ yesterday while helping children select a Christmas tree during a royal visit to Peterley Manor Farm in Buckinghamshire

Kate wrapped up against the cold in a vibrant Perfect Moment coat that she has worn on previous occasions. The practical royal also opted for a favourite pair of sensible hiking boots by Berghaus.

In a nod to the festive season, the Duchess wore her red coat over a bright green jumper to create a cheerful and colourful ensemble. She finished the look with a trusty pair of blue jeans. 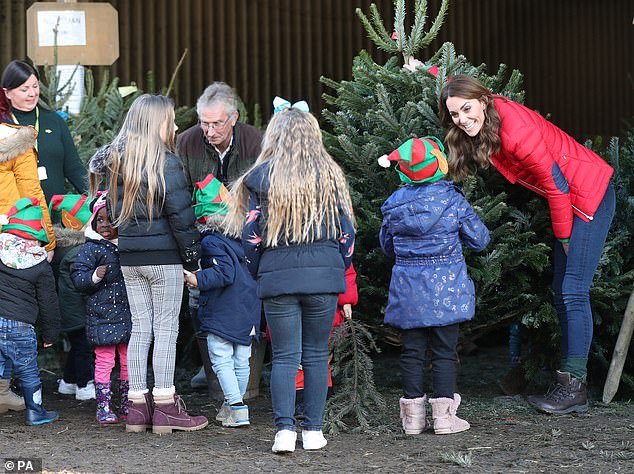 She also helped children in picking out Christmas trees for Family Action pre-schools and spoke to some of the charity’s staff and support workers.

In the adorable clip caught on camera, Kate could be seen hand-in-hand with a group of children and bending down to ask: ‘What do you think about these?’

But the festive gang seemed fairly settled on a larger tree, with one little girl reaching her arm up to demonstrate the height.

As they walked through the Christmas trees, the Duchess could be heard saying: ‘There must be one that you like.’ 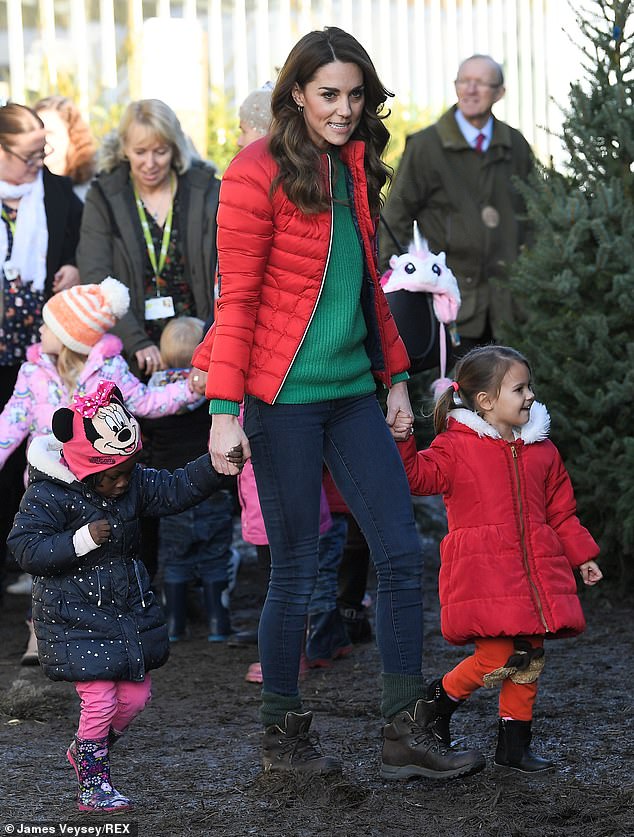 The Duchess took several of the younger children by hand while they hunted for the perfect Christmas tree, with the children demanding a ‘big one’

Letting go of the children’s hands, Kate heaved one tree upright to ask: ‘Does anyone like this one?’

But the gang told her they want something ‘bigger’, and the royal continued her search.

Royal fans went wild over the video online, with one commenting: ‘That quote! Such a Mom moment.’

Another wrote: ‘”Does anyone like this one?” Something I would say to my kids.’ 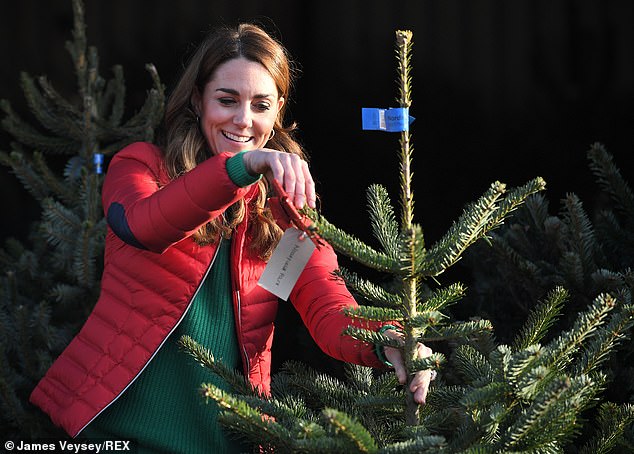 Social media users went wild over the moment, with some suggesting Kate sounded like a ‘true mother of multiple’ children

‘I am melting,’ another commented, ‘This is the cutest.’

‘DYING this is so cute,’ one wrote.

Kate spoke about her own children on yesterdays visit, revealing that Prince George, 6, ‘loves’ thistles, while Prince Louis, 1, ‘follows her everywhere.’ 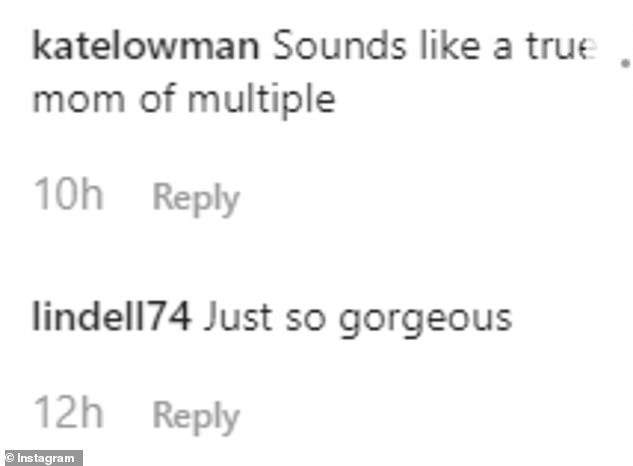 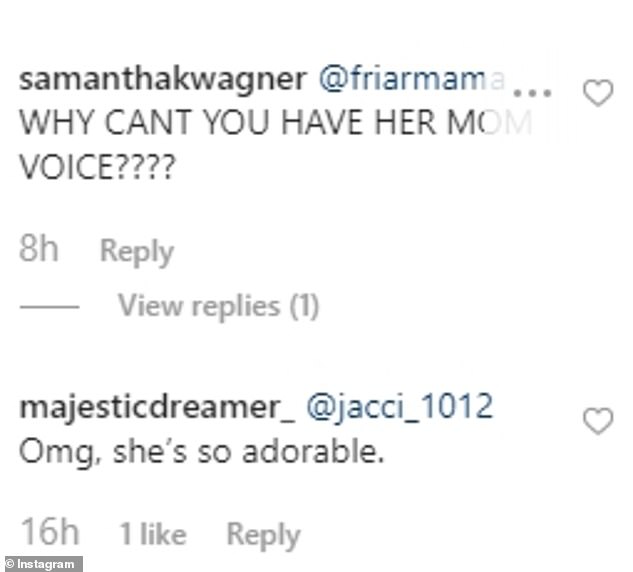 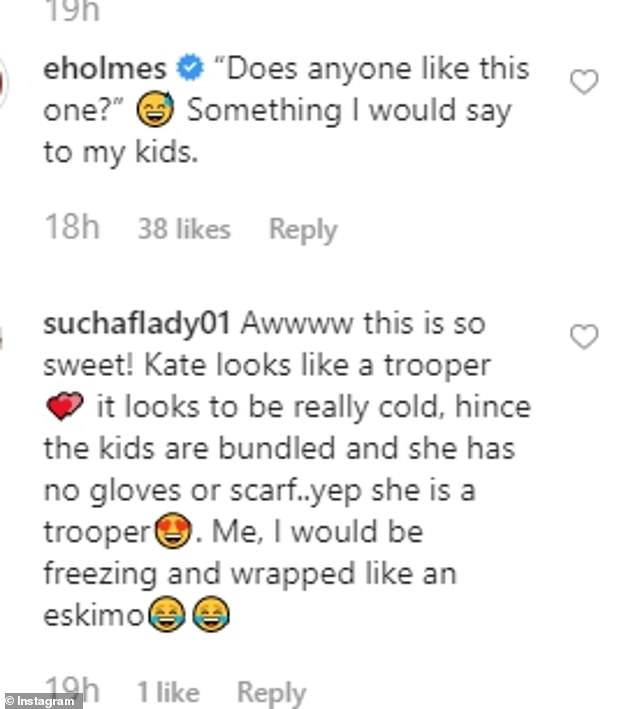 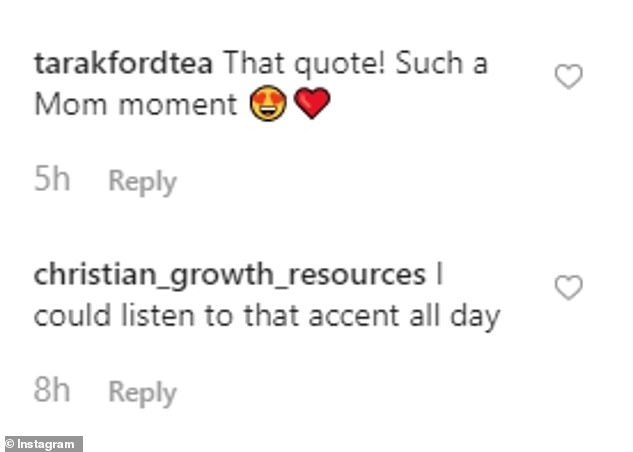 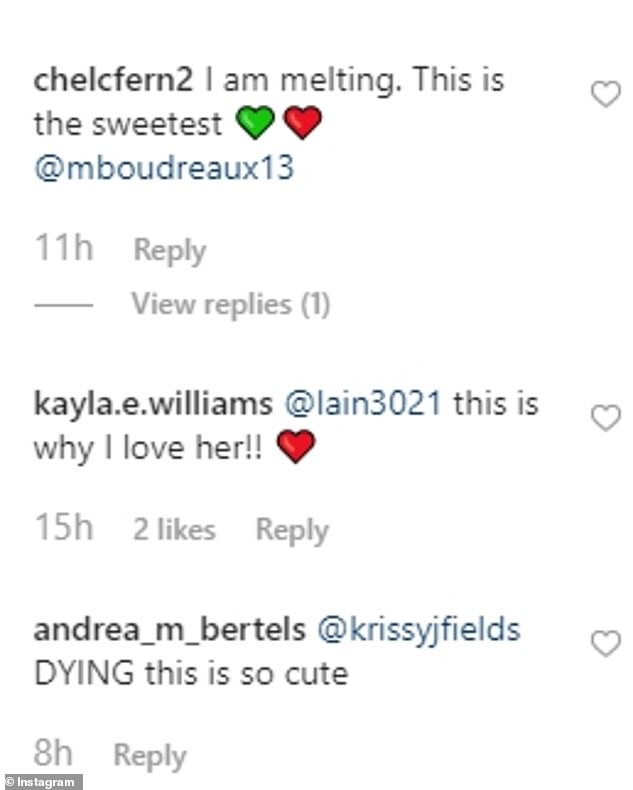 Instagram users went wild over the adorable moment, with some declaring the royal has the ultimate ‘mum voice’

The royal made the visit to celebrate being named new patron of charity Family Action, which helps families in difficulty by giving them practical help and support.

The Duchess previously visited Family Action’s Lewisham base in January 2019 where she launched the charity’s national support line, FamilyLine. The Duke and Duchess of Cambridge also visited the charity’s ‘Family Monsters Garden’ at the Chelsea Flower Show in May 2019.