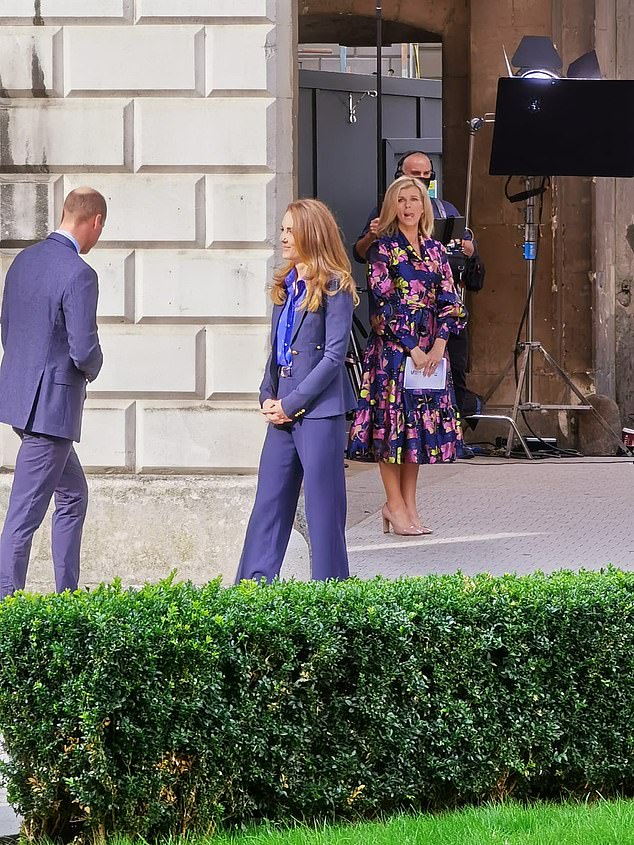 Kate Middleton made a quick change today as she she swapped her crimson Alexander McQueen coat for a chic blue suit to film with Kate Garraway for the Pride of Britain Awards in London.

The Duke and Duchess of Cambridge had previously attended the launch of one of the 112 Hold Still community exhibition sites at Waterloo Station.

The photography contest, launched by the Duchess in May, invited people of all ages from across the UK to submit a photographic portrait which they had taken during lockdown.

Kate, 39, and William, 38, went on to travel to St. Bartholomew’s Hospital to speak to frontline workers including Joyce Duah, a specialist oncology pharmacist at the hospital. 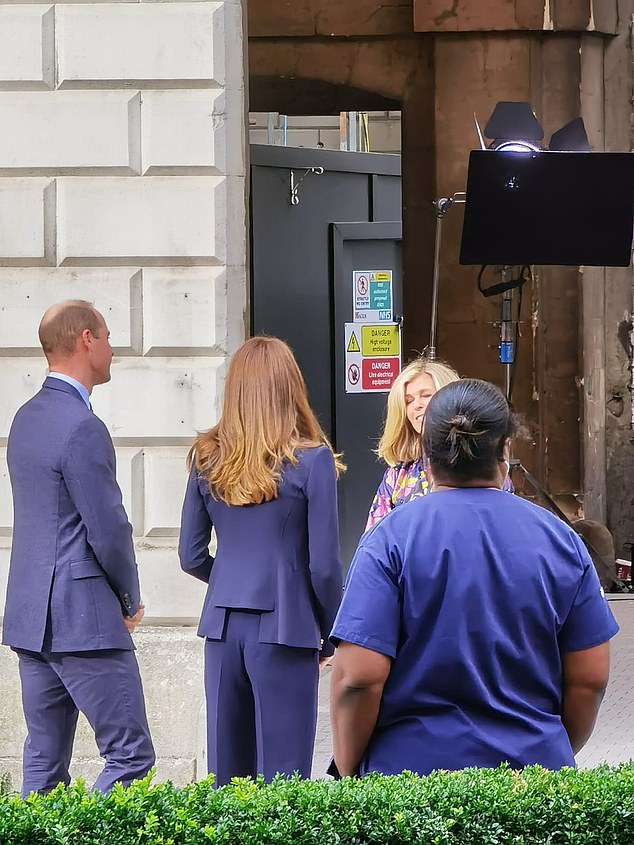 It was outside the hospital that they were later spotted – donning matching blue suits – meeting Good Morning Britain host Kate.

The royal couple appeared to be being interviewed for the Pride of Britain Awards later this month.

Earlier in the day Kate donned a simple monochrome outfit beneath her scarlet coat, pairing a chic white T-shirt with a mid-length black pleated skirt and a pair of black heels.

The royal accessorised with a small black leather bag, by Grace Han, which comes with a price tag of £1,595.

But she made a quick change of attire for this later engagement, sporting a vibrant blue two-piece with wide-leg trousers and an asymmetric blazer, atop a deeper blue shirt – while William remained in the blue suit he’d worn throughout the day.

GMB star Kate looked glamorous in a silk floral gown with long sleeves in shades of blue, purple and yellow.

It could be that both William and Kate opted to wear matching blue to show their support for and pay tribute to the NHS.

Neither of them wore a face mask for their encounter with Ms Garraway, whose husband Derek Draper continues to battle coronavirus in hospital after being admitted back in March.

The royal couple wore them for their journey to Waterloo Station this morning by car, but removed the covering for their later appearance, which took place outdoors.