Katie Price is reportedly at risk of losing her £2million ‘mucky mansion’ as she has to sign it over to a trustee due to being declared bankrupt.

Registry documents are said to ‘confirm’ that the former glamour model has to hand over control of her home.

Troubles: Katie Price is reportedly at risk of losing her £2million ‘mucky mansion’ as she has to sign it over to a trustee due to being declared bankrupt

The star was once worth £45million but is said to have spent her fortune on lavish beauty treatments and expensive holidays abroad.

Katie was declared bankrupt at the end of November and the court ruling meant a trustee could sell off her assets, including her nine-bedroom home.

She is now said to be living with her on/off beau Kris Boyson, 30, in Kent for part of the week and then crashing with family and friends for the other nights.

A source told Mirror’s Sunday People: ‘Katie faces being made homeless any day if the property is sold now that the bankruptcy charge has been applied.’ 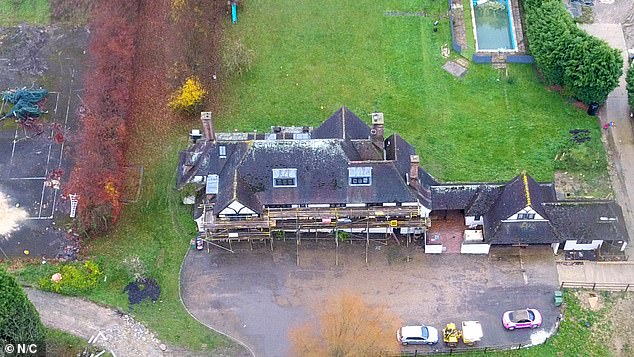 The lead up to Christmas has been a difficult time for the mother-of-five with the possible loss of her home only adding to her money woes.

At the start of December, it was reported that Katie was allegedly taking the builder who worked on her ‘mucky mansion’ to court, and wanted to sue him for £1.5 million.

According to The Sun on Friday she felt he had ‘ruined’ her home after leaving ‘rubble dumped on the grounds’ and blocking a septic tank that ‘leaks excrement’ on her property.

Speaking to the publication, a source claimed: ‘Katie’s at her wits end and had to go to police after things went wrong with the house. 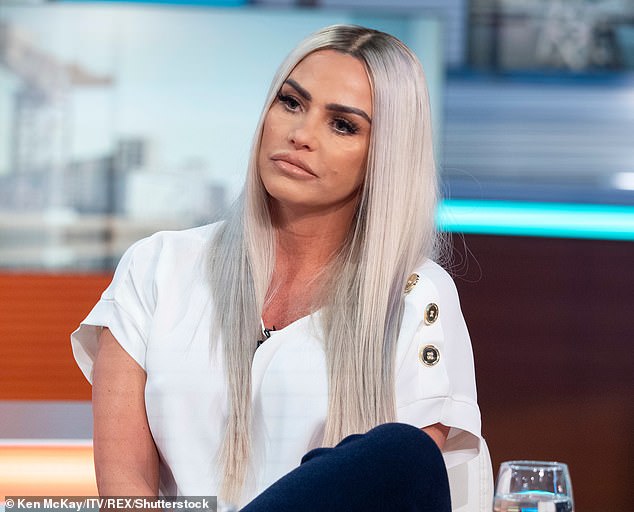 Going to court: It was recently revealed that Katie is ‘suing a builder for £1.5 million because of damages to her mucky mansion’ 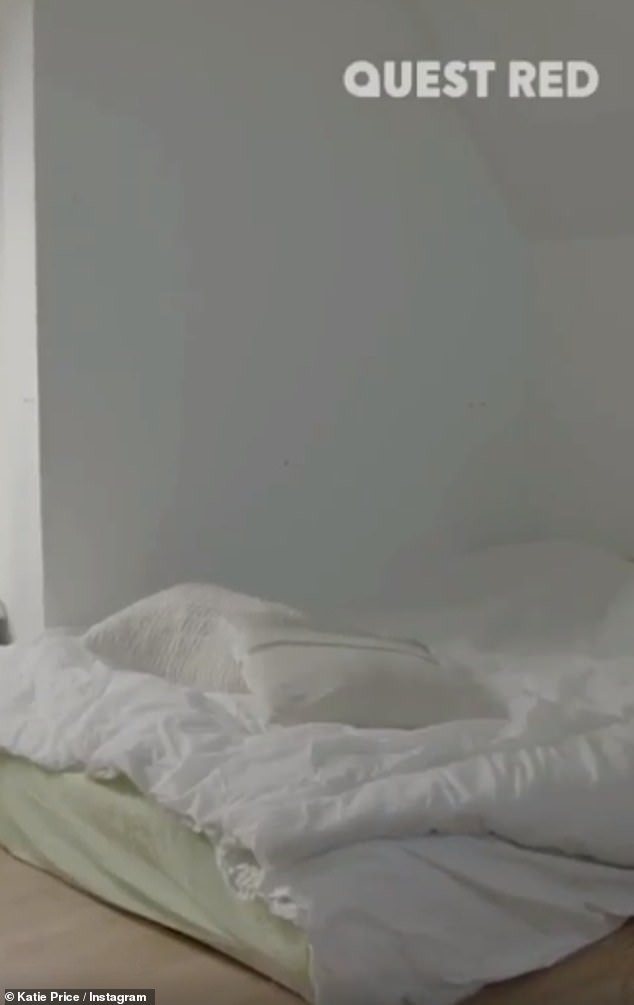 Desperate measures: This comes after it was revealed in a preview for her Quest reality show My Crazy Life that she has to sleep on a mattress on the floor in son Harvey’s annexe room

‘She’s also talking to lawyers as she wants to take the builder to court. She claims he’s basically ruined the house and she needs £1.5m compensation.

‘She will have to pay to move all the rubble dumped on the grounds, and thinks she’s got a good case for criminal damage because the house has been ripped apart.’

The source added that Katie felt she was ‘literally left “living in s***”‘ following the work done on her home because of a leaking septic tank.

This comes after it was revealed in a preview for her Quest reality show My Crazy Life that she has to sleep on a mattress on the floor in son Harvey’s annexe room. 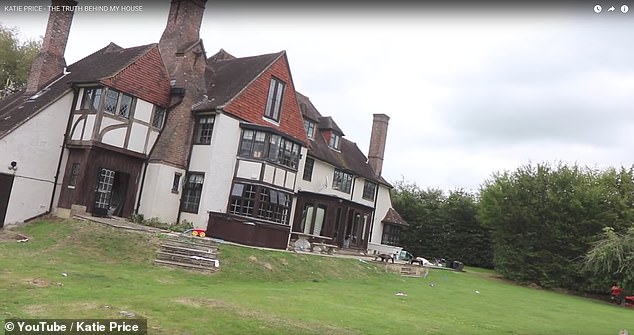 What’s going on? Katie claimed the state of her ‘mucky mansion’ has become a police matter and that she has her own investigators on the case

Katie showed her new sleeping arrangements while giving viewers a tour of her home, as she explained to ex Kieran Hayler: ‘I have gone from eleven bedrooms to Harvey’s annexe.’

This comes after Katie claimed the state of her ‘mucky mansion’ has become a police matter and that she has her own investigators on the case.

The former glamour model, who was declared bankrupt last week, appeared on Flex FM on Thursday to break her silence on her recent financial woes and clear rumours about herself.

Talk soon turned to Katie’s notorious £2m mansion in West Sussex, with the star saying: ‘They call it a mucky mansion, I agree from an aerial point of view.’ 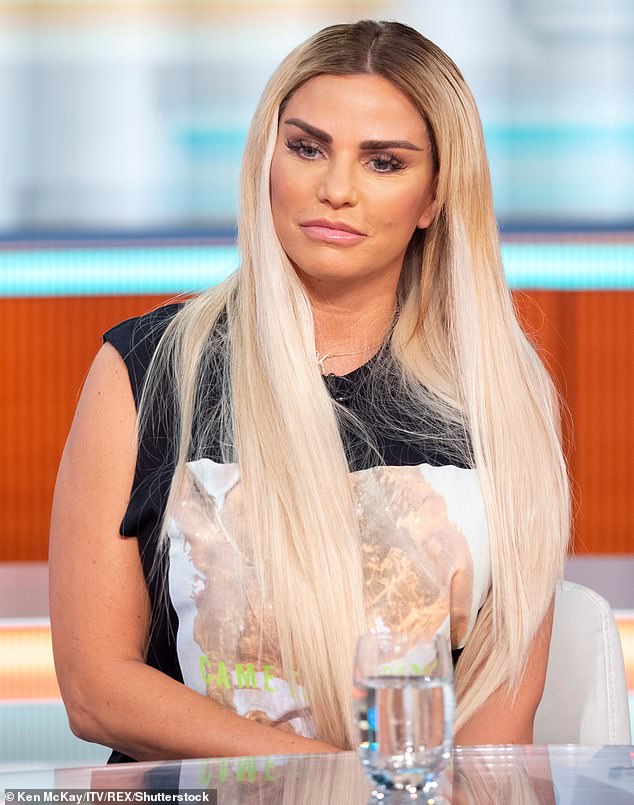 Comment: Katie, who was declared bankrupt in November, appeared on Flex FM to break her silence on her recent financial woes and clear up rumours about herself

Katie then retracted her statement before adding she had her own ‘investigators’ on the case.

She was declared bankrupt at the Rolls Building in London in November after she failed to meet the terms of an agreement to repay her creditors.

She is now thought to be in debt of £800,000 after spending her £45million fortune on lavish beauty treatments and expensive holidays abroad.

Ducking the question in the video she said: ‘I hate talking money. I have never spoken about money. Everyone seems to know what I have got but guess what no one knows but me.

‘It’s really unattractive to talk about how much money you’ve got or not got or got.  So that’s the answer to that. Only I know.’ 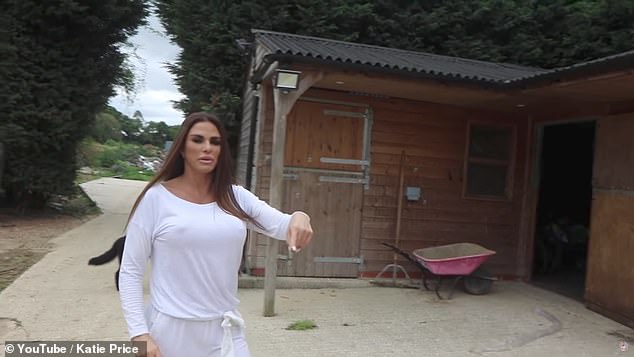 House: Katie allegedly spent £2,000 a month heating her home by leaving it on all the time

In a bid to combat her financial woes Katie sold her beloved pink £75,000 Range Rover at auction and last month it emerged the luxury car was for sale at an Essex used car dealership in Chelmsford.

JMW Solicitors, who represented the insolvency practitioner overseeing Katie’s repayments, brought her case to court after she failed to stick to the terms of her Individual Voluntary Agreement (IVA).

An IVA is a plan to repay creditors in smaller amounts to make debt more manageable – but Katie has been failing to pay the £12,000 a month.

The mother-of-five, previously known as Jordan, chose not to attend or send a lawyer. Adam Taylor, from JMW, said: ‘She hasn’t acknowledged the petition.’ 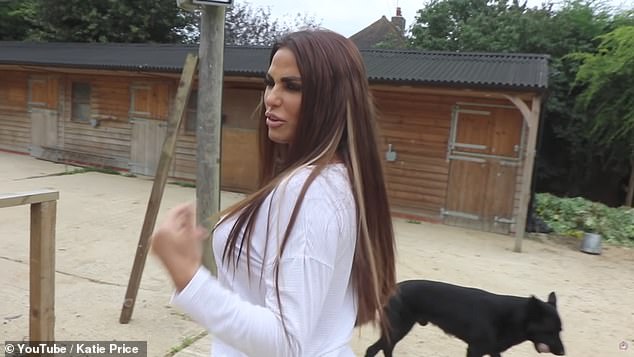 Turmoil: Katie (pictured on her Sussex property) was declared bankrupt at the Rolls Building in London after she failed to meet the terms of an agreement to repay her creditors

Judge Jonathan Middleton, sitting at the specialist insolvency and companies court, said: ‘I do judge Ms Price to be bankrupt. The date is today and the time is 12:35.’

He added: ‘Ms Price isn’t present or represented so there is, as far as we can identify, no opposition.’

The court ruling meant a trustee can sell off her assets, including her £2million nine-bedroom home in West Sussex.

Katie, who has been married three times, is said to be £100,000 in arrears on mortgage repayments on the home which she allegedly spends £2,000 a month heating by leaving it on all the time.

She is also believed to have spent £120,000 on housekeepers, gardeners and nannies – and around £25,000 a year on plastic surgery.

She also spends £1,500 a week on manicures and pedicures, £1,000 on hair appointments and £800 on massages every other day, reported the Daily Mirror.

In March it was revealed she had been on six holidays in eight months – including trips to Spain, Belgium and Thailand – estimated to have cost a total of £25,000.

Katie has been married to singer Peter Andre, cagefighter Alex Reid and Kieran Hayler – and admitted turning to cocaine as her relationship with the latter deteriorated.

She used to be able to fund her lifestyle through modelling, reality TV shows and fragrances when she was at the height of her fame in the 1990s and 2000s.

But her only regular sources of income nowadays appear to be her Quest Red TV show My Crazy Life and plugging weight loss products on her Instagram account. 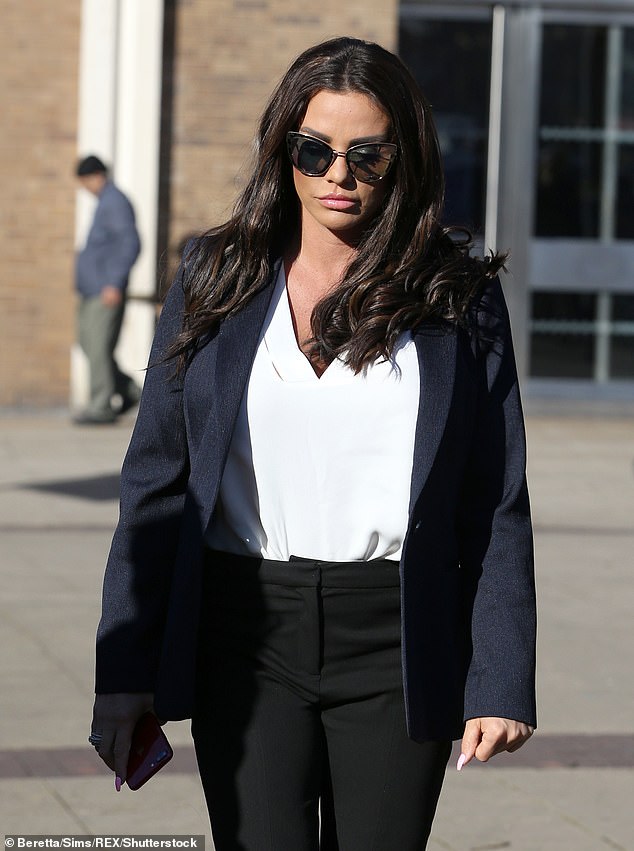 ‘Unattractive’: The star has previously said talking money was ‘unattractive’ and no one knows what she’s worth but her (pictured in February)