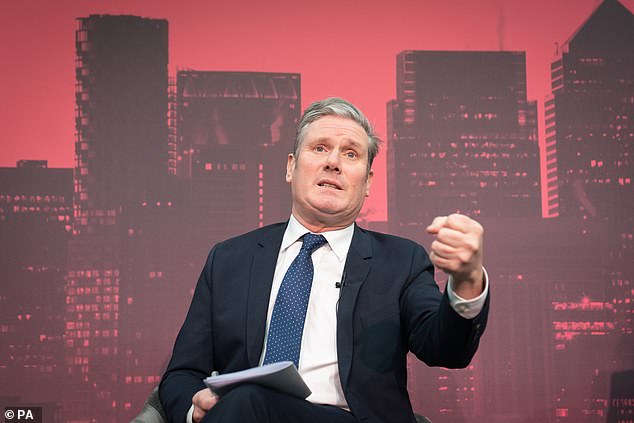 By Tom Witherow and Jason Groves for the Daily Mail

Unions leading strikes in the NHS, ambulance service, Royal Mail, railways and bus services this Christmas have poured cash into Labour since he took over from Jeremy Corbyn, Electoral Commission data shows.

Trade unions have donated £15.28milion to the party, constituency groups and to its MPs since spring 2020.

Union bosses, who claim to represent only the work interests of their members, have called for an ‘uprising’ and pledged to ‘get this Tory Government out’ by ‘organising every worker, in every workplace’. But despite these tactics disrupting the lives and livelihoods of millions, Sir Keir has repeatedly refused to condemn strike action.

The Labour Party has received more than £15 million from the trade union movement since Sir Keir Starmer, pictured replaced Jeremy Corbyn as leader of the opposition 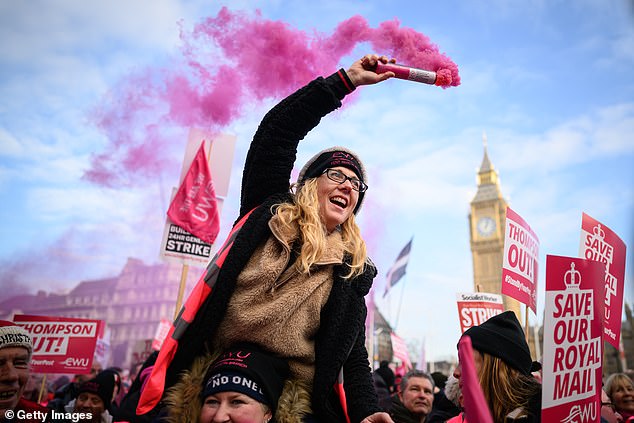 The analysis, by the Conservative Party, has uncovered the extent to which Labour relies on the trade unions for funding. Unite was the biggest union donor, giving £3.6million.

It represents ambulance workers striking on December 21 and bus staff who will walk out in Christmas week.

Unison, which represents striking university and ambulance staff, has donated £3.5million to the Opposition.

The GMB union, which will send 10,000 ambulance workers across nine trusts on strike this month, has handed Labour £3.2million.

Gary Smith, the union’s general secretary, declared in October that it was time to ‘consign this toxic Tory administration to the history books’.

The Communications Workers Union, which led tens of thousands of postmen out on strike today, gave more than £1.2million to Labour.

Donations have also come in from rail unions Aslef and the TSSA. The RMT, which is causing chaos for rail travellers and businesses from next week, has given £14,000 to Labour’s North of Tyne mayor Jamie Driscoll. Usdaw, which represents shop workers and workers in warehouses and food factories, has donated £2.8million, the analysis found.

Its general secretary, Paddy Lillis, has said: ‘We will mobilise for a general election to get this Tory Government out. We will organise every worker, in every workplace, to win a new deal.’

The Fire Brigades Union, which is balloting members for strike action over an ‘insulting’ 5 per cent pay offer, also chipped in to Labour’s coffers.

Conservative Party chairman Nadhim Zahawi said: ‘It’s time Keir Starmer unequivocally condemned these unjustified militant strikes or millions of people having their Christmas wrecked will come to the inevitable conclusion that he has been bought by the barons.’

Senior Conservatives have called for Labour to return £750,000 of funding from the Unite union and not take any more until the police have concluded their investigations into ‘potential criminality’ involving ‘eye-watering’ overcharging on large contracts.

The amount given to the Tories fell to just under £3million from July to September – the lowest level since mid-2020. Donations to Labour jumped by nearly a quarter to £4.7million, compared with the previous quarter.