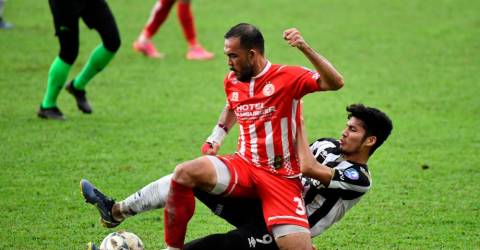 KOTA BHARU: Kelantan FC owner Norizam Tukiman has said they are not a rich club and therefore have to spend prudently in buying players for the Super League next season.

“In terms of acquiring players, we are not the type of club who can afford to spend on star players. We are more adept at polishing talents and unearthing gems.

“For the Super League next season, we need nine imported players and we will look for better quality players to strengthen Kelantan FC,” he told a media conference after a sponsorship signing ceremony for Kelantan FC here last night.

At the ceremony, Norizam received a mock sponsorship cheque for RM800,000 from Mohd Aliff Ab Kadir, the founder of cosmetics company Skin Dessert.

Kelantan FC are at the top of the Premier League table with 36 points and two matches left to play. – Bernama